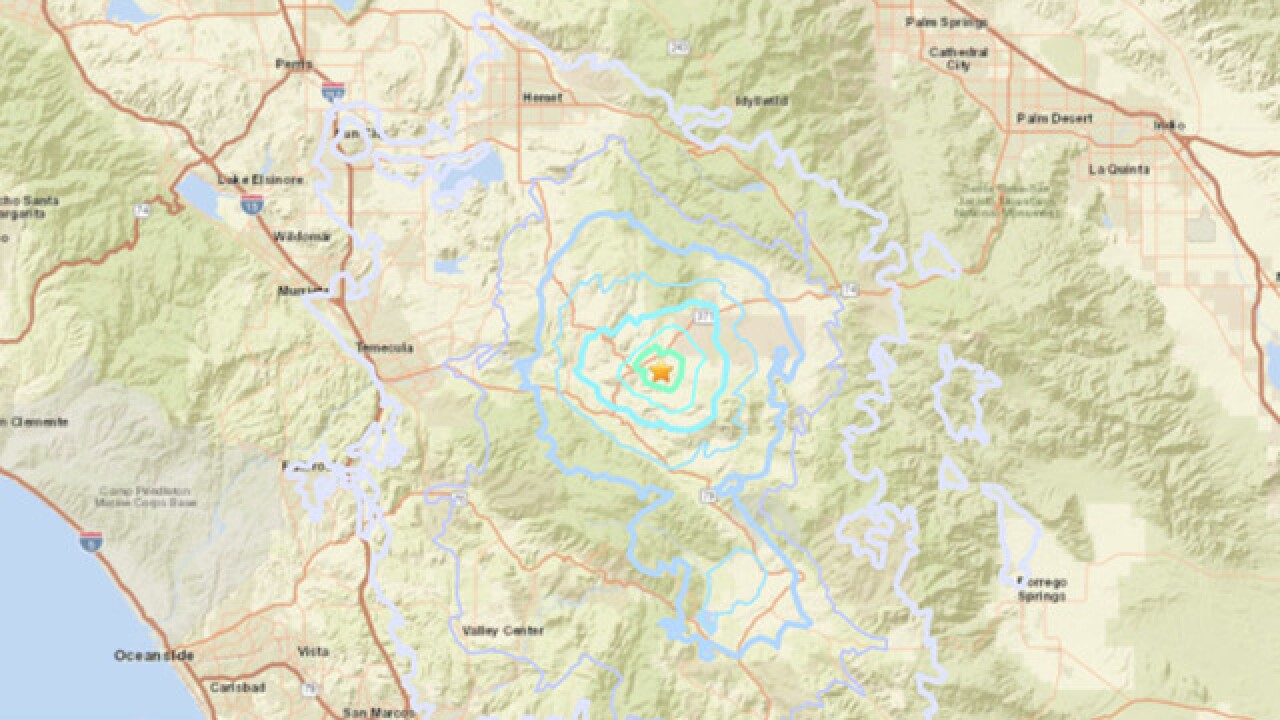 The quake, measured at a preliminary magnitude of 3.8, was reported just before 7 a.m.

A USGS map showed the quake's epicenter just north of Palomar Mountain and east of Murrieta and Temecula in Riverside County.

10News received calls from some North County residents who said they felt the quake.

There was no immediate word on possible damage.