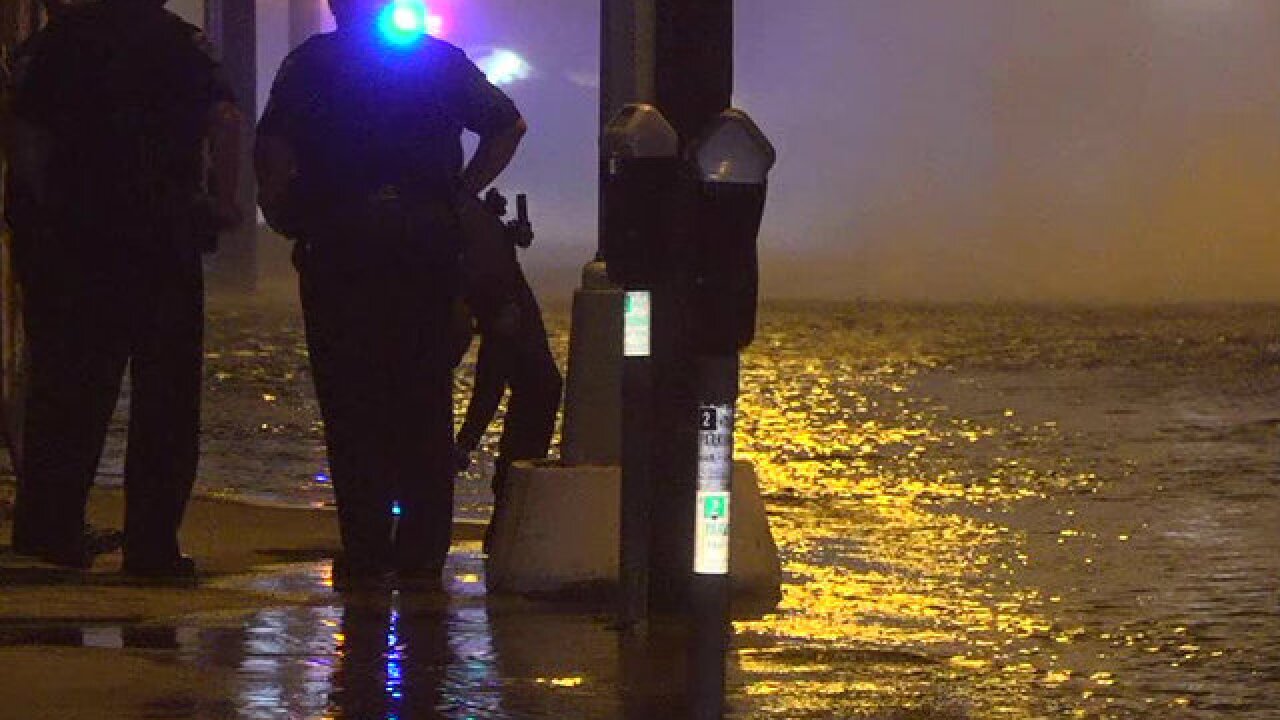 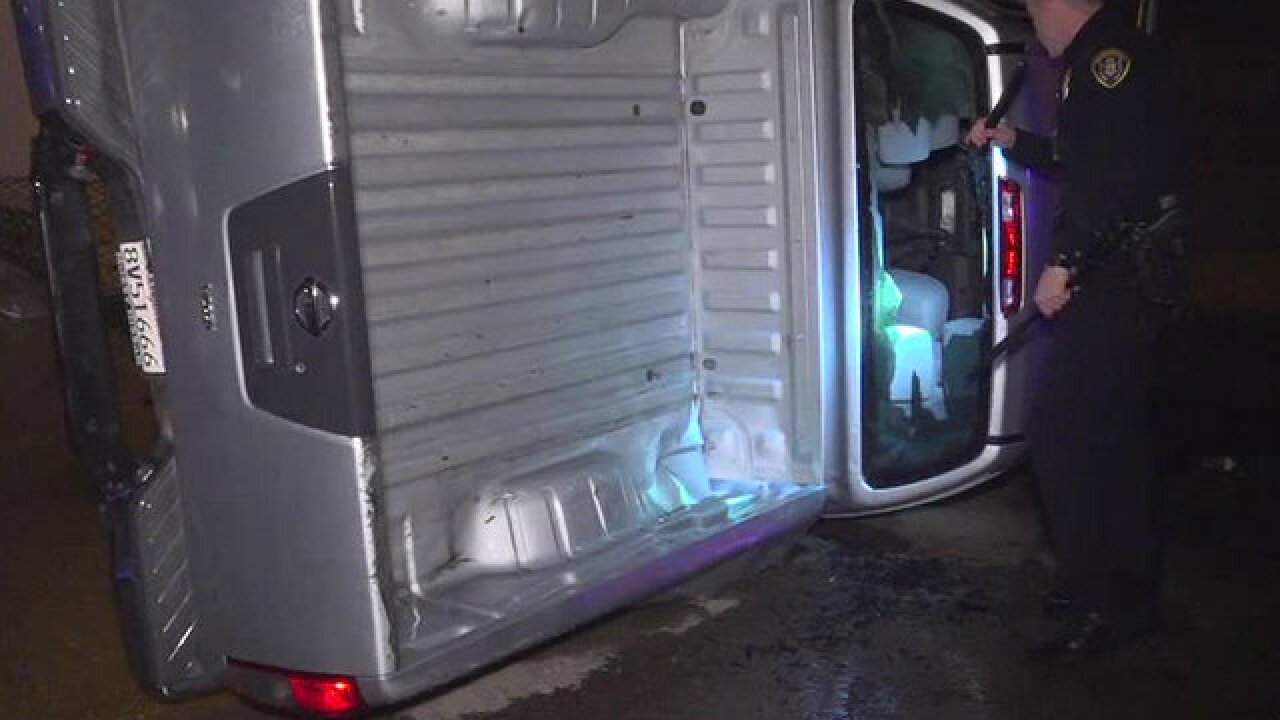 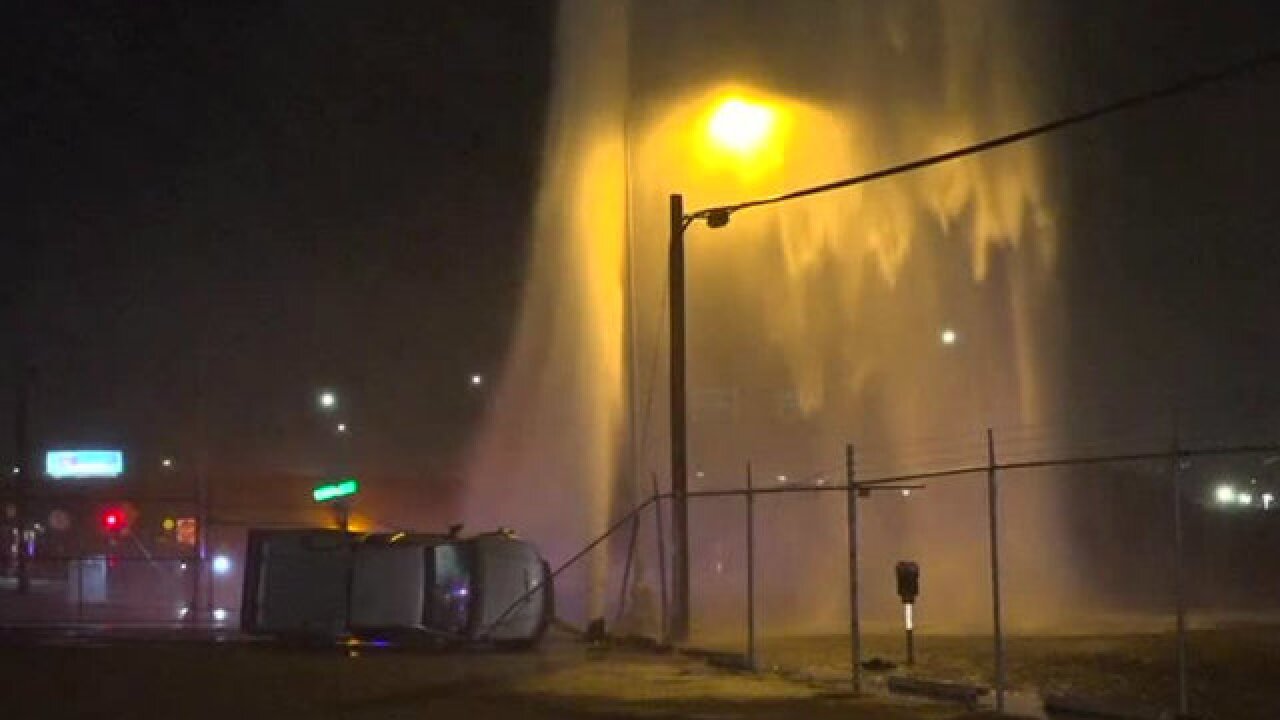 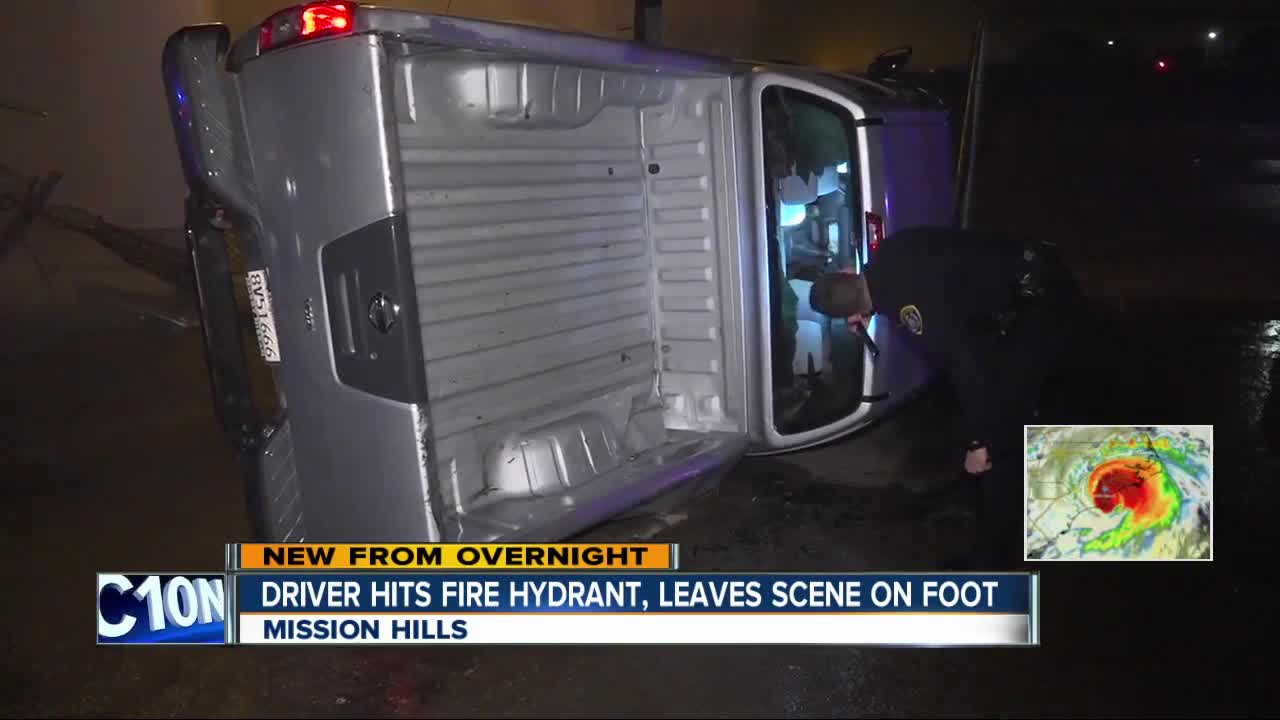 SAN DIEGO (KGTV) - Police are searching for a driver who fled the scene after hitting a fire hydrant that caused a water geyser and flooding in Mission Hills Friday.

At around 3 a.m., San Diego police officers responded to a report of a crash at Sutherland Street and Frontage Road.

When officers arrived, they saw a sheared hydrant spouting water about 200 feet into the air and water flooding the street. Next to the hydrant was a pickup truck on its side and a knocked-down fence.

Officers broke a window on the truck to see if anyone was trapped inside, but no one was found.

Crews were able to turn off the flowing water from the hydrant a short time later.

Police are continuing to look for the truck’s driver, but a description was not immediately provided.