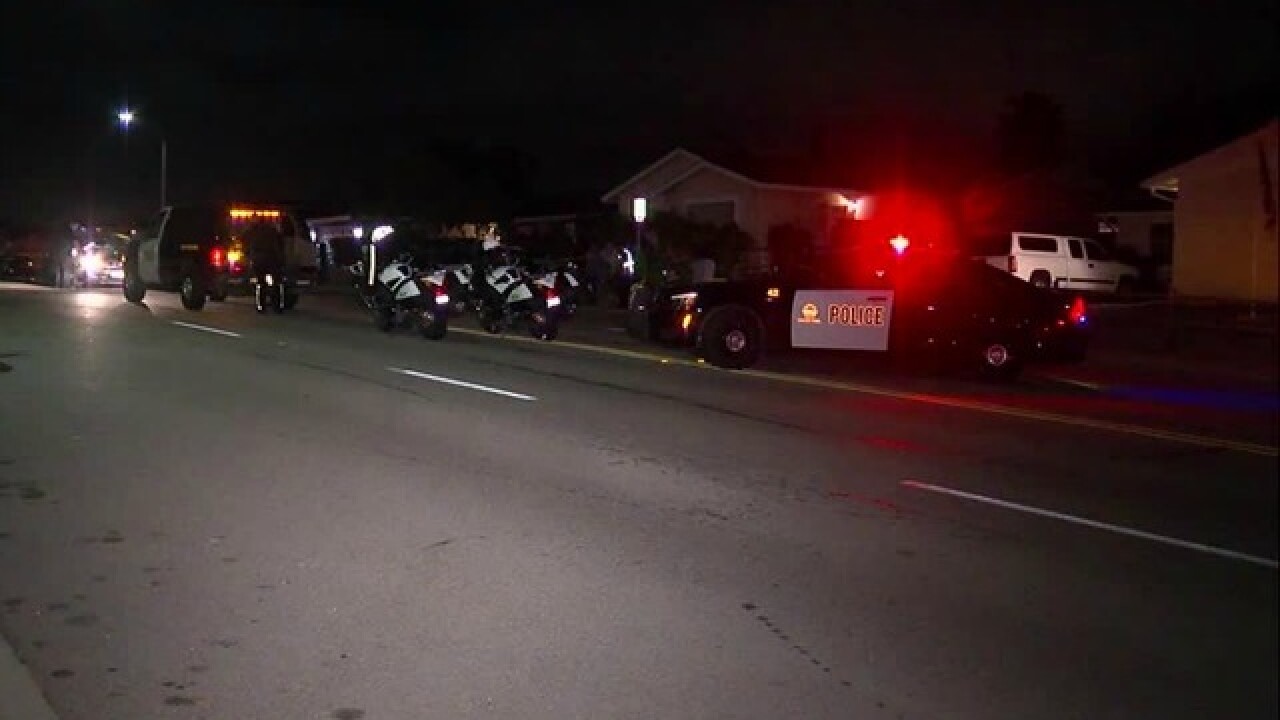 By: 10News Digital Team, City News Service
Posted at 10:30 PM, Mar 14, 2016
CHULA VISTA, Calif. -- An investigation was underway into a hit-and-run crash Monday night that killed a pedestrian in Chula Vista.
The driver of a pickup truck initially left after hitting the man on Hilltop Drive near Main Street around 9:40 p.m., but returned a short time later, according to a Chula Vista police statement.
The victim’s mother told 10News she heard the crash and came outside to find her son lying unconscious in the street. He was identified by his family as 37-year-old Marcelo Sanchez, a father of two. Sanchez died at the scene.
The family said Sanchez was visiting his mother. They said he had just parked his car and was hit as he was getting out.
“It's the most heartbreaking thing,” Martha Sanchez told 10News. “My son, I lost my son. That's hard. It's really, really hard."
Chula Vista police said the suspect driver took officers to his truck and showed them the damage. Authorities said alcohol was not a factor in the crash.
The driver, who was not identified, was not immediately taken into custody. An investigation was pending.
City News Service Modified 2016