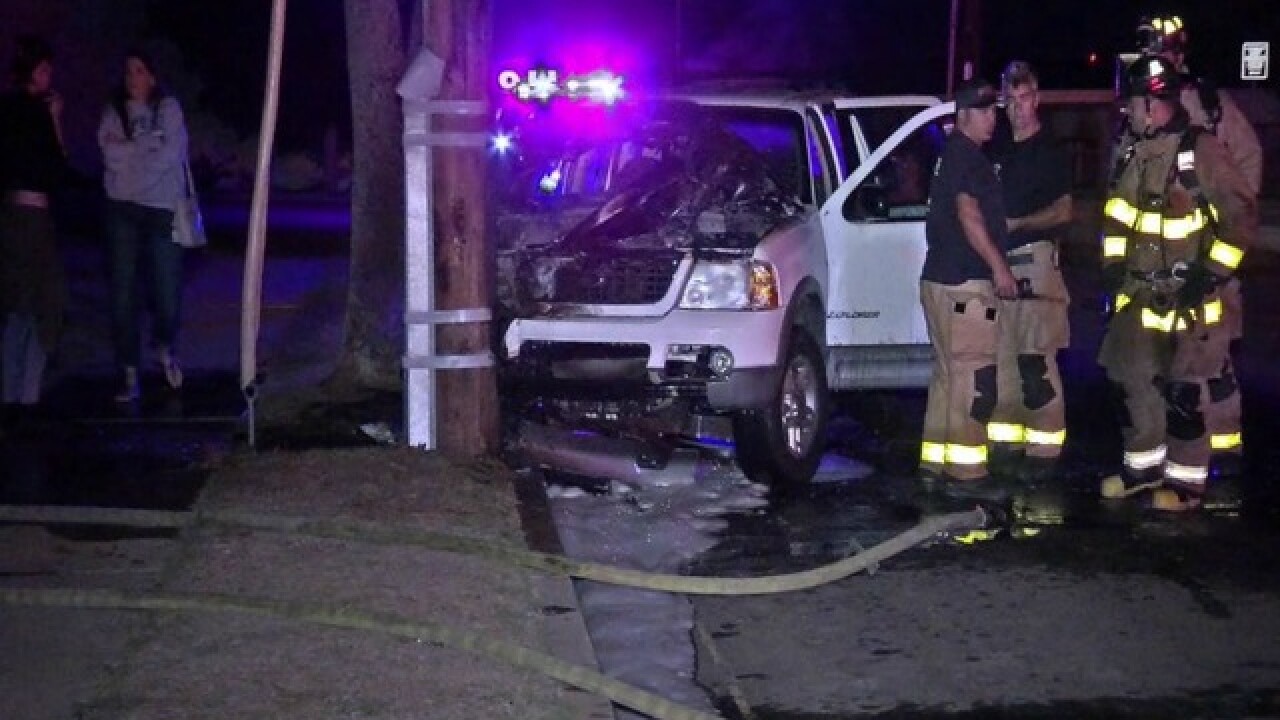 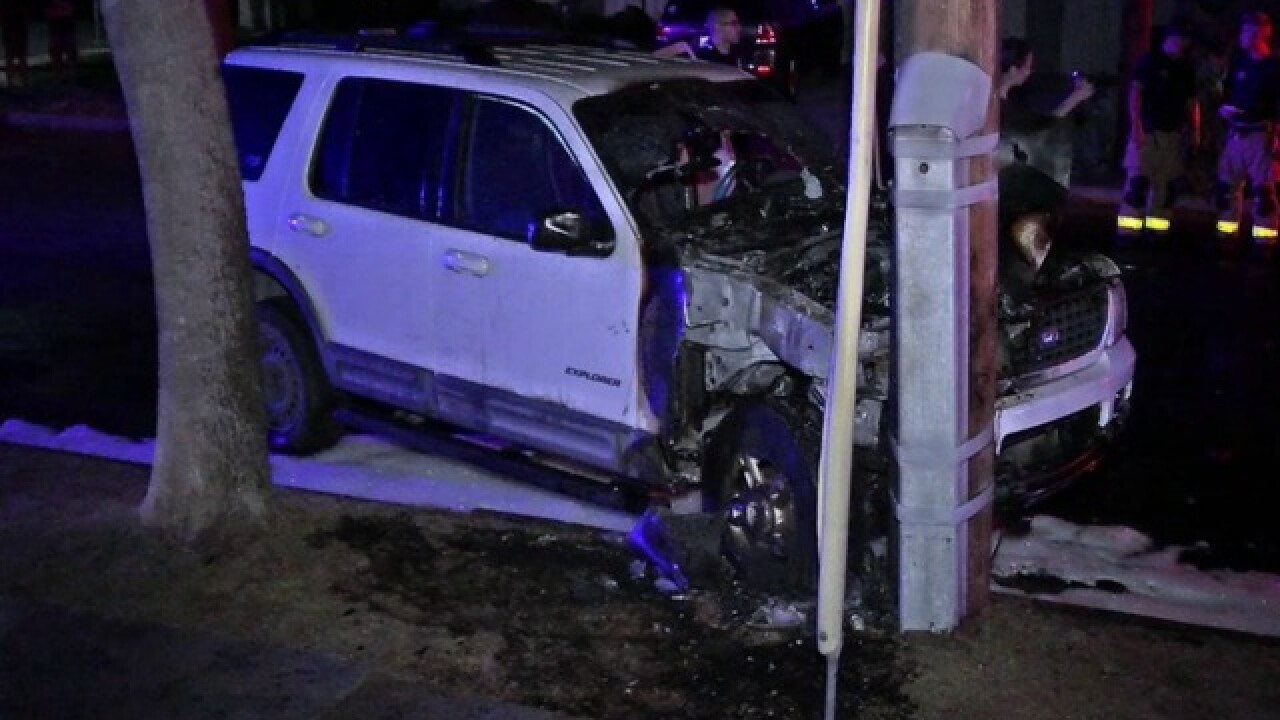 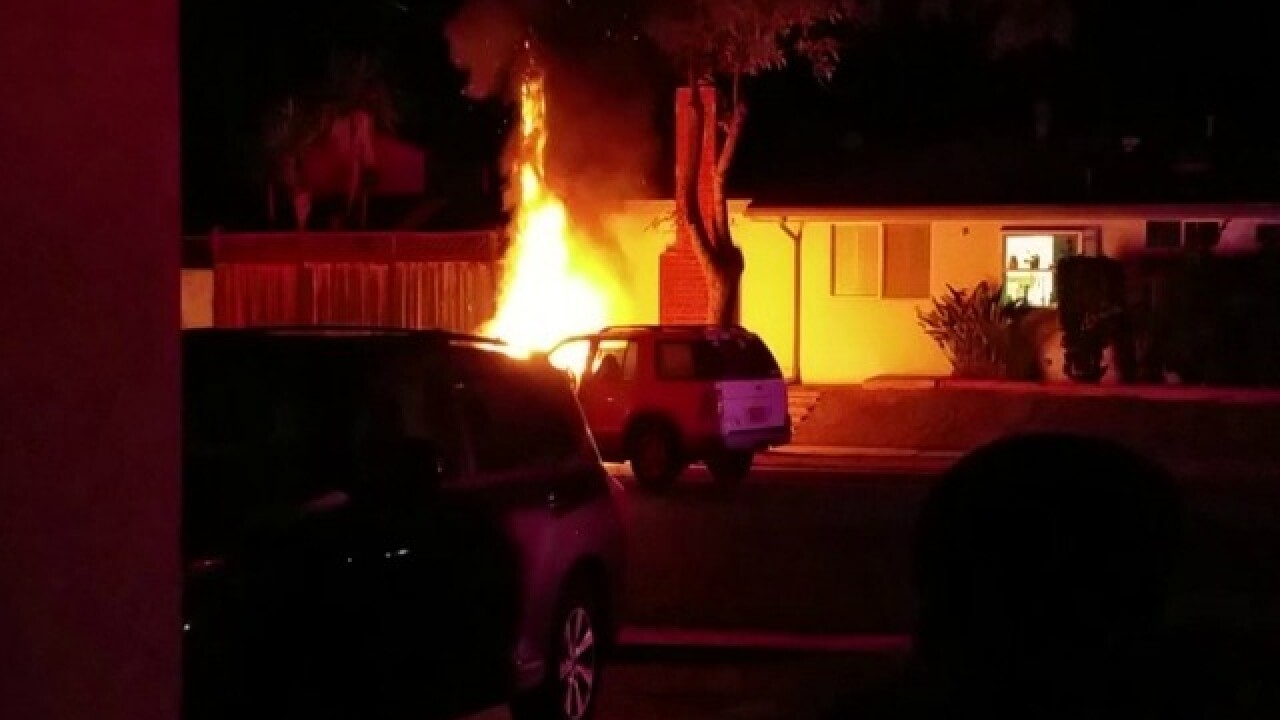 SAN DIEGO - Police are trying to determine if a cat caused a driver to crash his SUV into a power pole in Clairemont.

The incident happened at about 1:30 a.m. in the 4500 block of Mt. King Drive, according to San Diego police.

The driver told police his family cat ran in front of his SUV, causing him to swerve to avoid it. The driver lost control of his vehicle and slammed into the power pole.

When the SUV burst into flames, the man ran to his home two blocks away, police said.

Neighbor Jack Beaton heard the crash and ran to the scene to help, but he said, "There was nobody in there. I checked again just because the neighbor was also running toward it with a small extinguisher and I didn't want her running toward it again."

Crews were able to knock down the fire.

10News learned the driver returned to the scene with his mother, and officers had him undergo a sobriety test.