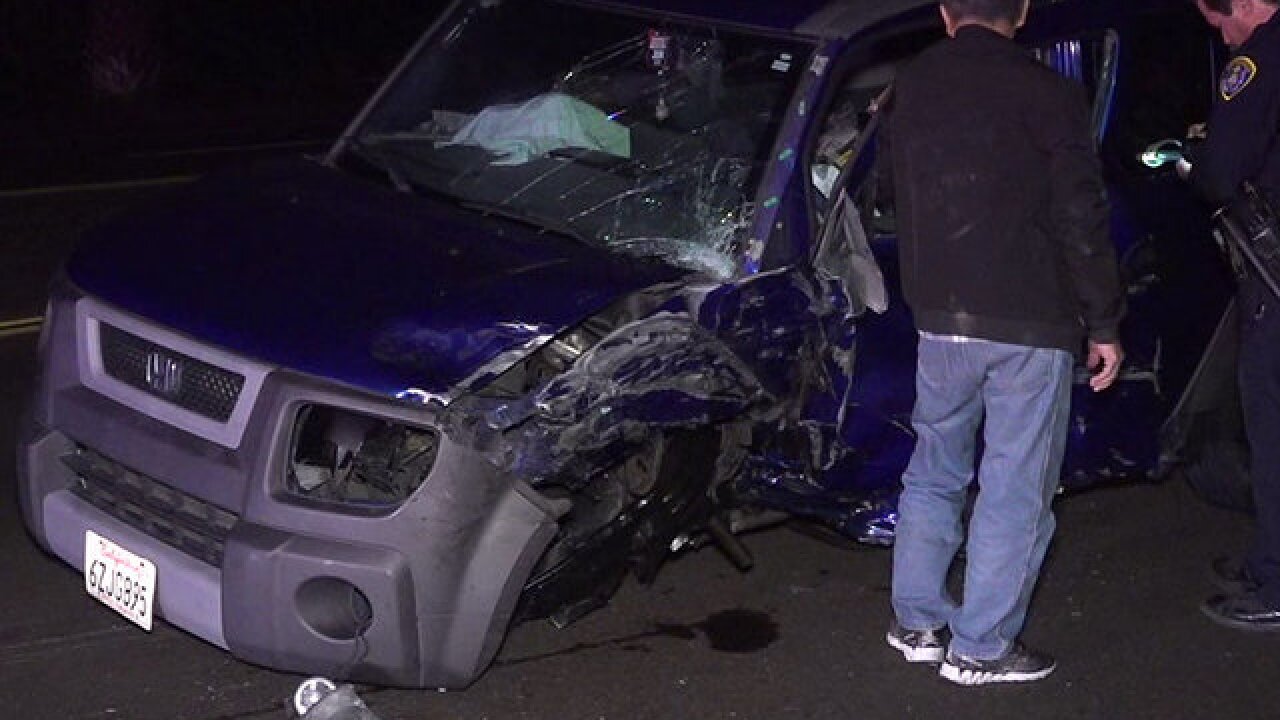 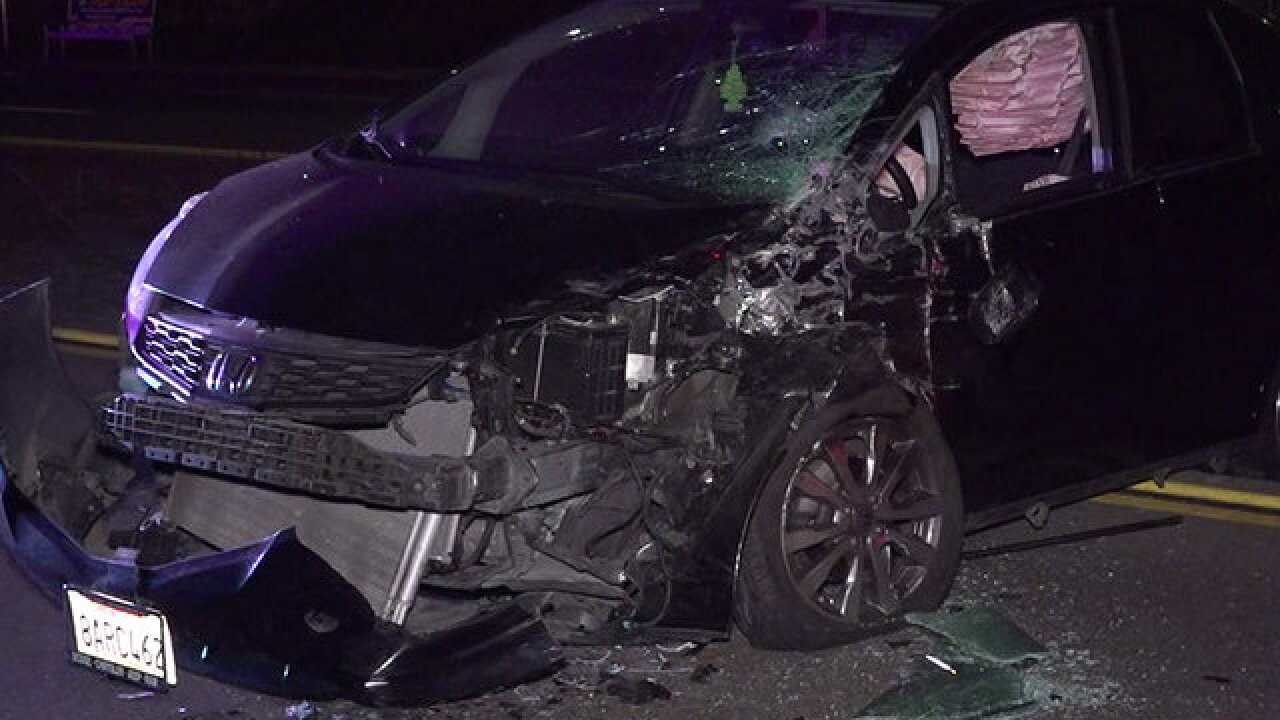 According to San Diego police, a driver was traveling southbound on Fairmount Avenue in his Honda SUV when he noticed a sedan speeding towards him in the wrong direction.

The Honda's driver swerved at the last second to avoid the oncoming car, but the vehicles still collided near Talmadge Canyon Row. The impact of the crash smashed both vehicles' front ends and dislodged one of the Honda's wheels.

The wrong-way driver was taken to the hospital with injuries of unknown severity, but police said he was arrested on suspicion of DUI.

The Honda's driver, John Chau, told 10News, "He was on the wrong side of the road and I swerved out of the way from him."

Chau was noticeably limping after the crash, but refused to be taken to the hospital.