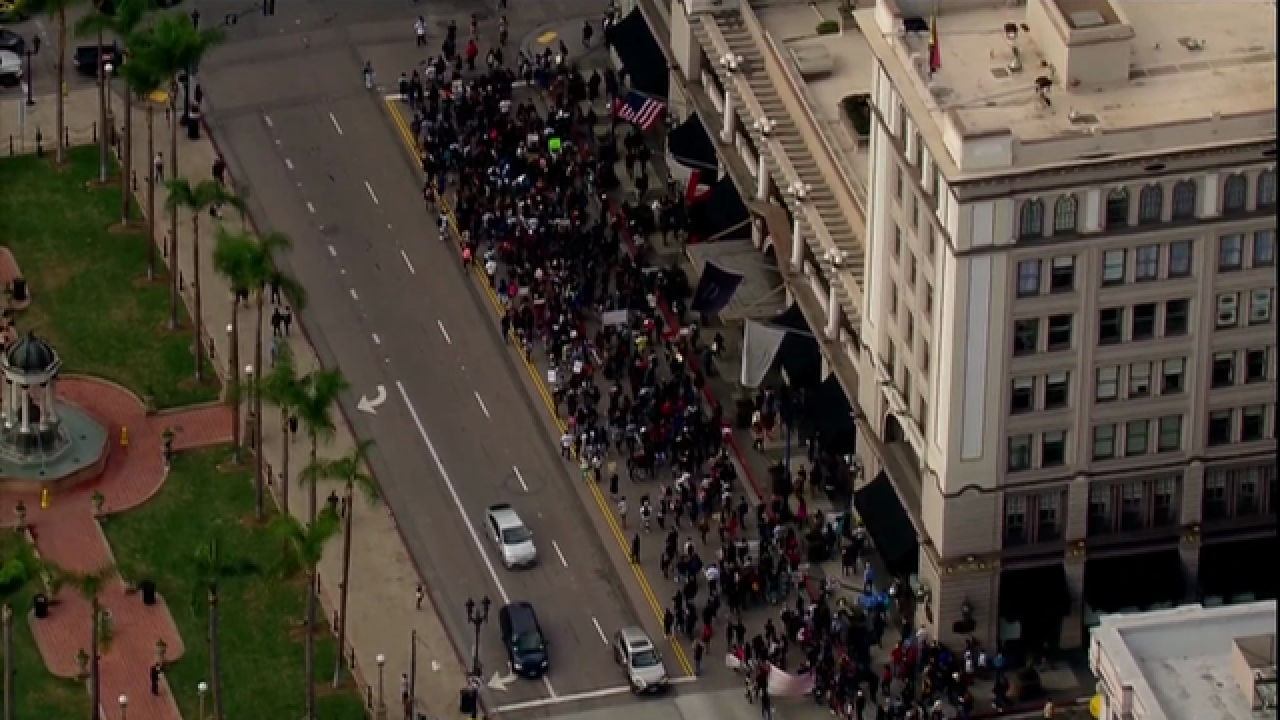 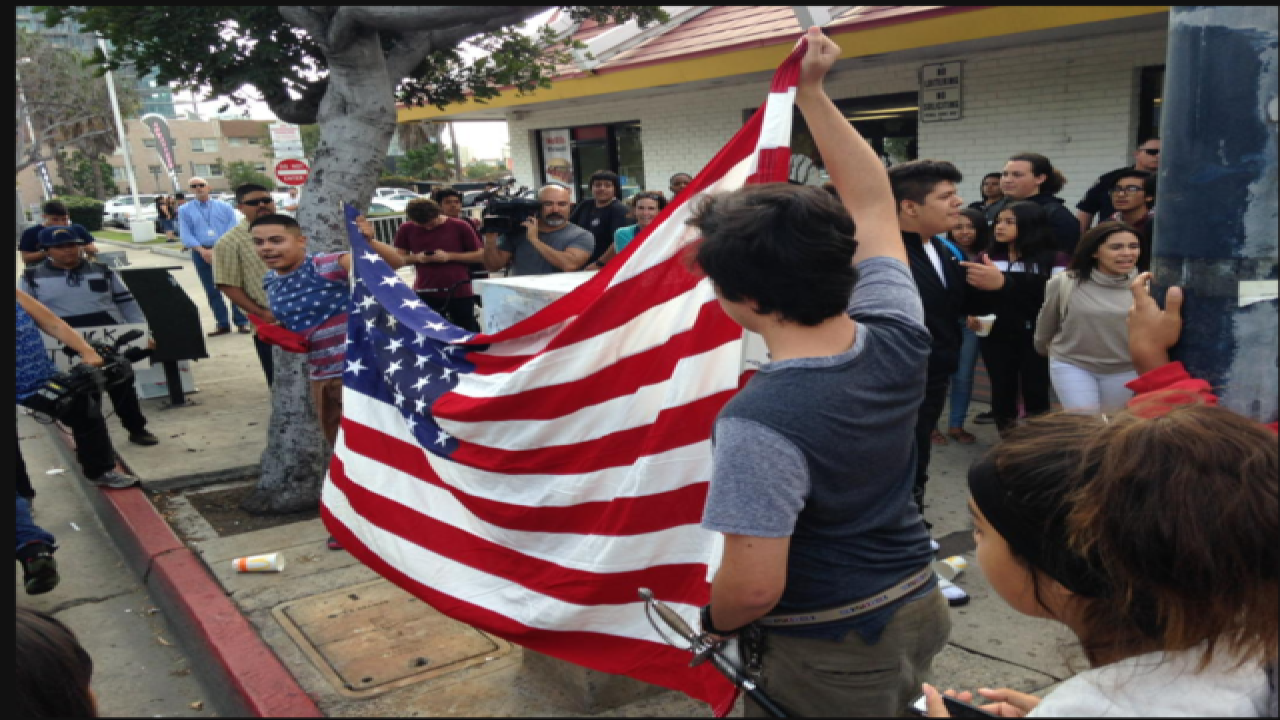 SAN DIEGO -- A group of several hundred people protesting the election of Donald Trump marched through downtown San Diego on Wednesday, at times blocking traffic.
The group of protesters consisted of students from Lincoln and San Diego high schools in the San Diego Unified School District and San Diego City College. Their rallies began late Wednesday morning outside the schools in Lincoln Park and the East Village.
The demonstrators blocked sections of Imperial Avenue, Park Boulevard, C Street, Broadway, Front Street and other roads as they made their way through busy inner-city areas.
Police later confirmed that one person is under arrest for allegedly assaulting an officer, resisting arrest and another was cited for spitting on someone. A witness posted video of the arrest on Facebook:
"The vast majority of today's protestors were peaceful. However, while one male juvenile was being detained for disobeying a lawful order of a traffic officer, some in the crowd began to circle around the officer yelling, "Let him go." As additional officers arrived on scene and began dispersing the crowd, one of our officers was punched in the face by an 18 year old male who was part of the protest group. He was subsequently arrested for his actions and is being booked for battery on a police officer. The original juvenile who was being detained for obstructing traffic was cited and released at the scene."
San Diego Unified issued a statement regarding today's protests:

"This morning, several hundred students from San Diego High and Lincoln High schools took part in a protest against the results of the recent election. San Diego Unified supports the rights of all students to speak out. Starting last week, we have been working with schools to create safe environments for students o express their feelings about the election. Both high schools involved in the walkout today have worked hard to create these opportunities for students to express themselves. All students who missed class today will be marked absent for the period of time they were not in class. We strongly believe all students belong in school each and every day, and we hope all students will return to class tomorrow."

Students across the nation have been participating in public protests following last week's election where real estate magnate Donald Trump was voted into office and will soon serve as the nation's 45th President.

I caught this image in the middle of a student protest today in downtown San Diego. #TRUMP #SanDiego #protests pic.twitter.com/kItvP9jxwm