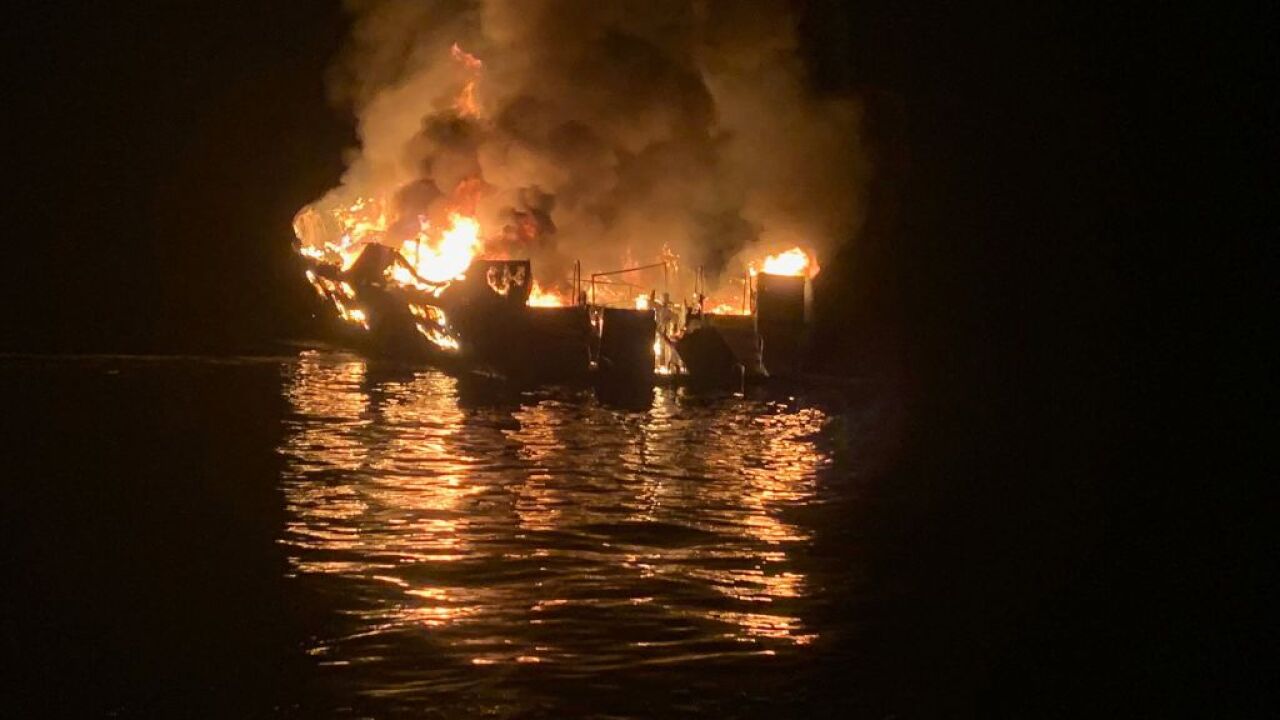 (AP) — Authorities say divers have found the body of the last missing victim in a fatal boat fire that killed 34 people off the Southern California coast.

The victim is one of 34 who died at sea last week near Santa Cruz Island. Five of the Conception's six crew members survived after multiple attempts to save the others who were trapped below deck.

Authorities have said the victims, 21 women and 13 men from 16 to 62 years old, appear to have died from smoke inhalation. One of the victims was San Diegan Nicole Quitasol , a waitress at Nickey Rotten's in Coronado.

The FBI, Coast Guard and U.S. Attorney's Office in Los Angeles are conducting a criminal probe into the Sept. 2 tragedy. A cause has yet to be determined.

The Coast Guard has issued safety recommendations, urging the owners and operators of vessels to immediately reduce potential fire hazards and consider limiting unsupervised charging of lithium-ion batteries and extensive use of power strips and extension cords.