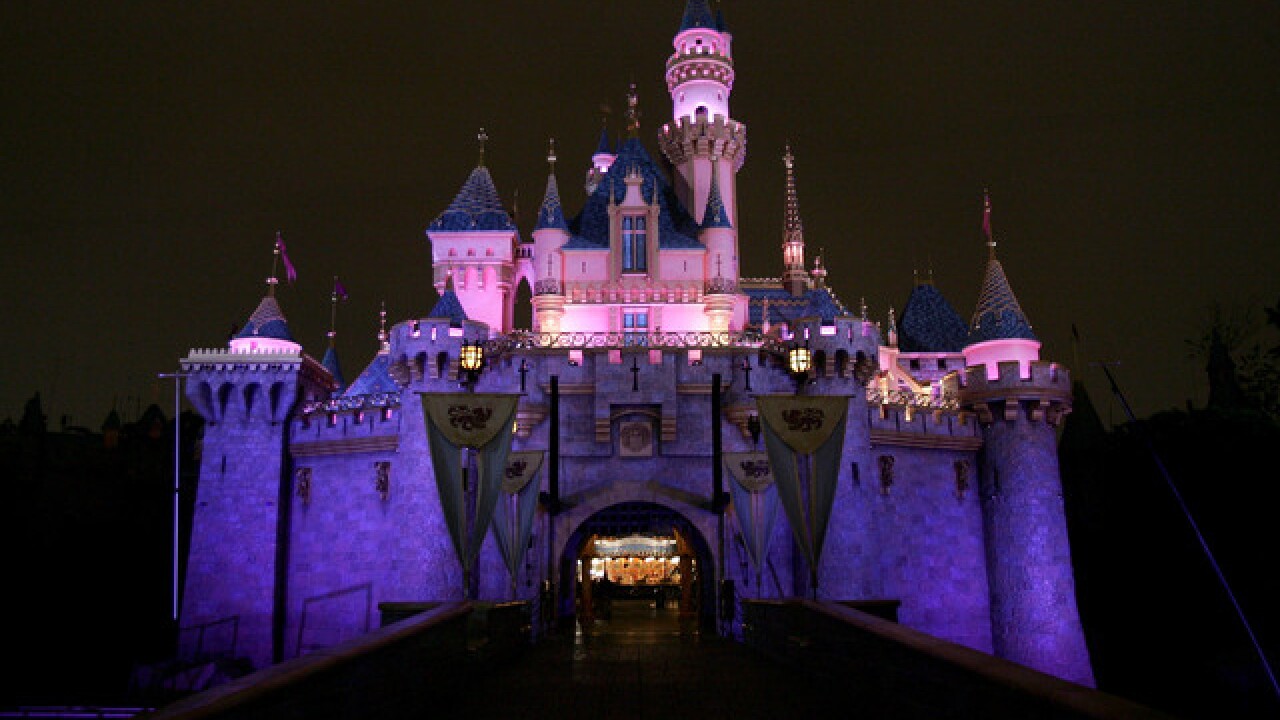 Copyright Getty Images
Frazer Harrison
<p>ANAHEIM, CA - MAY 04: Sleeping Beauty's Castle is seen prior to the opening day at King Arthur Carousel during the Disneyland 50th Anniversary Celebration at Disneyland Park on May 4, 2005 in Anaheim, California. (Photo by Frazer Harrison/Getty Images)</p>

ANAHEIM (CNS) - Orange County health officials are investigating 12 cases of Legionnaire's disease among people who traveled to, resided in, or worked in Anaheim during the month of September.

The discovery has led to the shutdown of two cooling towers at Disneyland, which nine of the 12 people visited during September.

"On October 27, 2017, when the Disneyland Park was identified as a common location of eight (8) cases, HCA contacted the Disney organization and set up site visits at the Park to assess potential sources. Since that time, HCA staff have visited Park properties and worked with Disney to identify potential sources of Legionella," said Jessica Good, spokeswoman for the Orange County Health Agency.

"On November 3, 2017, Disney reported to HCA that records provided by a contractor indicated that (as part of their quarterly, routine testing) elevated levels of Legionella had been identified in (two of 18) cooling towers on October 2, 2017 and treated/disinfected by the contractor on October 4, 2017. Neither Disney nor the contractor would have been aware of the human cases at that time.

"On November 1, 2017, Disney had the towers taken out of service. They report having performed subsequent testing and disinfection and brought the towers back into service November 5, 2017. Test results will not be known for approximately 10-14 days.

"Because of the existence of human illness and the inability to assure the cooling towers are clear of Legionella bacteria until test results are known, the County of Orange Health Officer issued a Health Officer's Order on 11/8/17 requiring that Disney take the towers out of service until they are verified to be free from contamination, at which time the Health Officer will lift the order Disney independently made the determination to take the towers out of operation on 11/7/17, after meeting with HCA staff but prior to the order."

The 12 cases range in age from 52 to 94, Good said. Ten of the 12 were hospitalized and one person with additional health issues died. That person did not visit Disneyland, she said.

There is no known ongoing risk associated with the outbreak, according to Good.

Health agency officials say the disease is becoming more common, citing 55 reports of Legionella disease in Orange County through October 2017, compared with 53 for the entire year of 2016 and 33 in 2015.

Officials say Legionella, at low levels, poses no threat to humans and is commonly found in human-made water systems. It becomes problematic when it is in large quantities, typically due to stagnant or improperly sanitized spas and water systems.

When Legionella bacterial levels are high, it can be transmitted through inhalation of contaminated water vapor. Typical sources are improperly sanitized spas; indoor and outdoor fountains, showers, and cooling towers (which emit water vapor into the air) used as part of air conditioning systems in large spaces such as hospitals, hotels, entertainment venues, etc.

Symptoms of legionellosis develop 2-10 days after exposure, and include fever, chills, cough, muscle aches, and headaches. Infected persons often have pneumonia and may need to be hospitalized. It is treated with antibiotics, which can improve symptoms and shorten the length of illness.

Persons with legionellosis are not infectious; the infection is not spread from person to person.

Those most at risk of getting sick from Legionella infection include people who are smokers, have chronic lung disease or weak immune systems, and people over the age of 65.