Fans lined up for a marathon before the premiere. 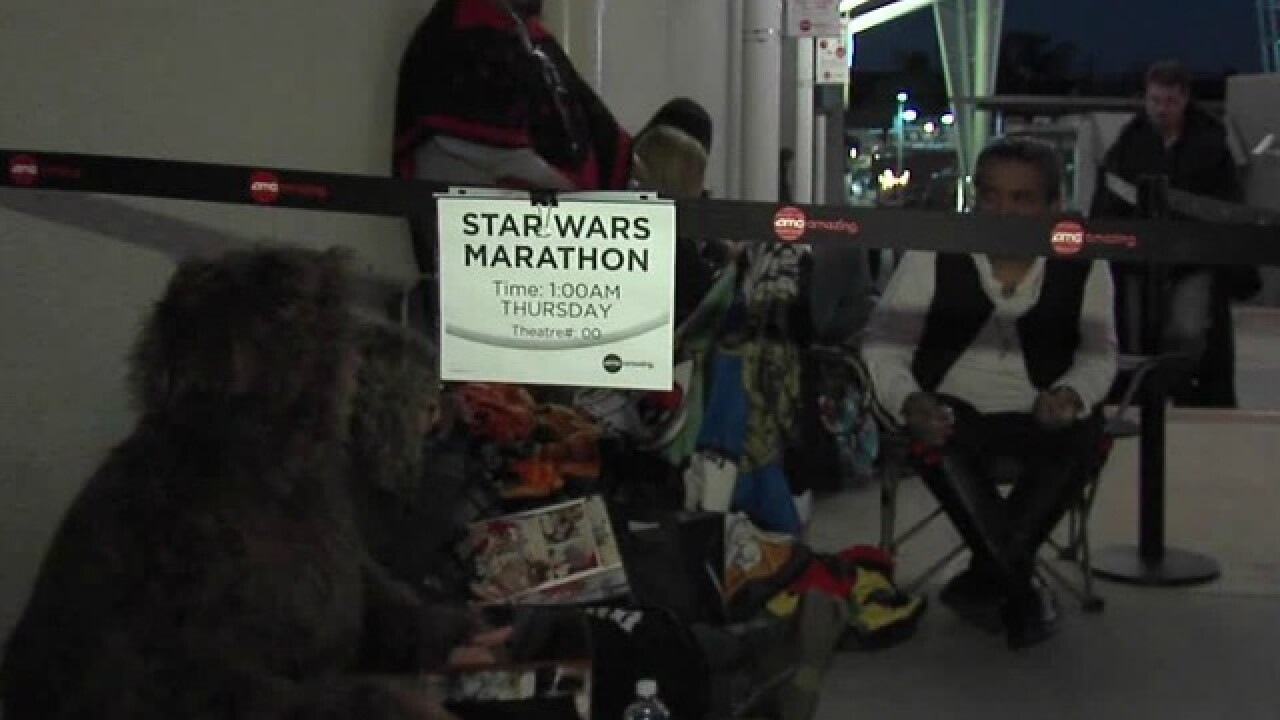 They started camping out a long, long time ago at a movie theater not too far away.

By Thursday night they will have binge-watched more than 20-hours of Star Wars movies, ending with the premiere of 'Star Wars: The Force Awakens'.

The AMC theater in Mission Valley is one of the first theaters in San Diego to show the new 'Star Wars' movie.

It's the seventh movie in the series which started 38 years ago in 1977.

“When the Monday night football trailer came out, we bought the tickets that night. We were part of a log jam on the Internet where it kept crashing and we kept pressing the buy butting, buy, buy,” said Kenneth Boulton, who was camped out with his wife Catherine in the line outside the theater Wednesday evening.

All six previous movies will be shown in order with a few breaks in-between.

At 7 p.m. Thursday, they will finally see 'Star Wars: The Force Awakens'.

For some, it is like getting seconds on a slice of childhood.

“The toys I played with, the times I went to the theater. The first movie I ever went to a theater with my father, we went to go see 'The Empire Strikes Back', so it has a real fond place in my heart,” Boulton said.

“One of the things we did this semester is we watched all six films,” Boulton said.

But not in one sitting.