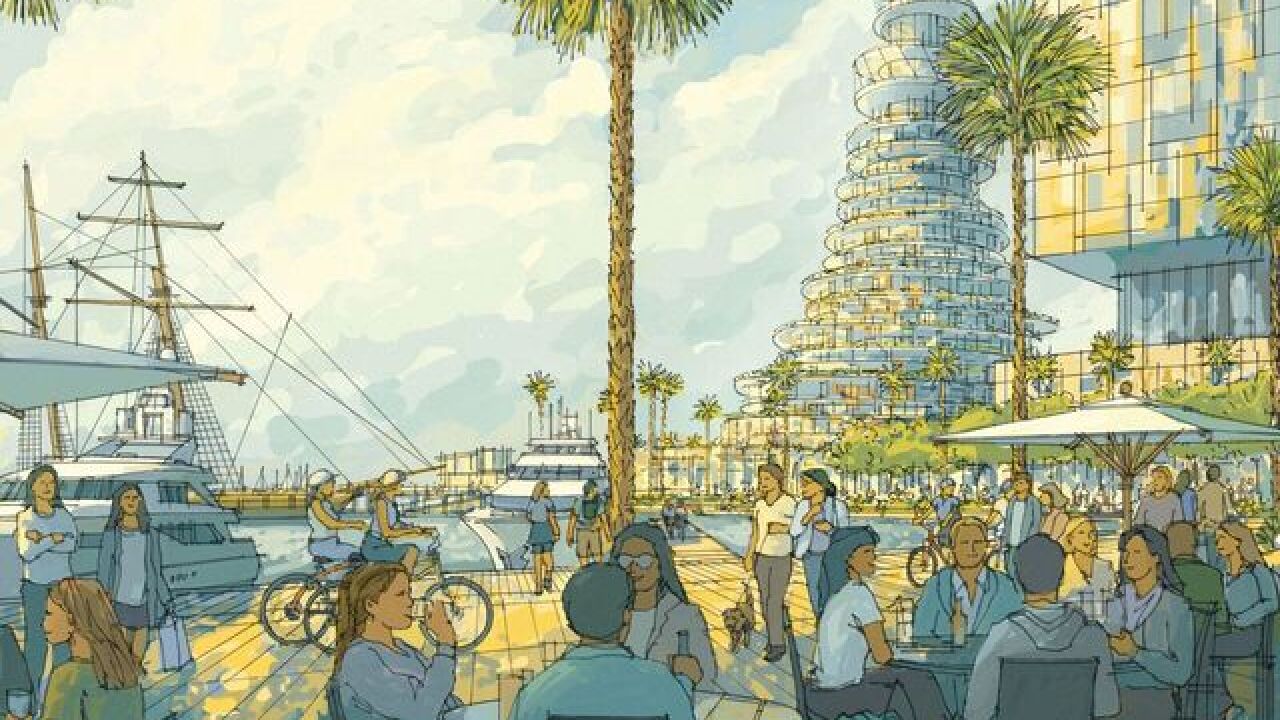 SAN DIEGO (KGTV) - While still a few years away from breaking ground, San Diego's Central Embarcadero will be getting a major facelift.

On Tuesday Protea Waterfront Development updated the Port of San Diego on their most recent proposed changes :

Protea CEO Yehudi "Gaf" Gaffen says the decision to increase hotel rooms was, "based on very careful studies and due diligence with national experts in terms of what demand would be available for rooms.”

Gaf says the hotels will vary in price points, ranging from a hostel to a 5-star hotel.

“I’m most excited about a new district for San Diego, I think it's really needed," said Gaf. "A place where the locals can hang out, a place that's really authentic to San Diego, I don’t think it exists right now."