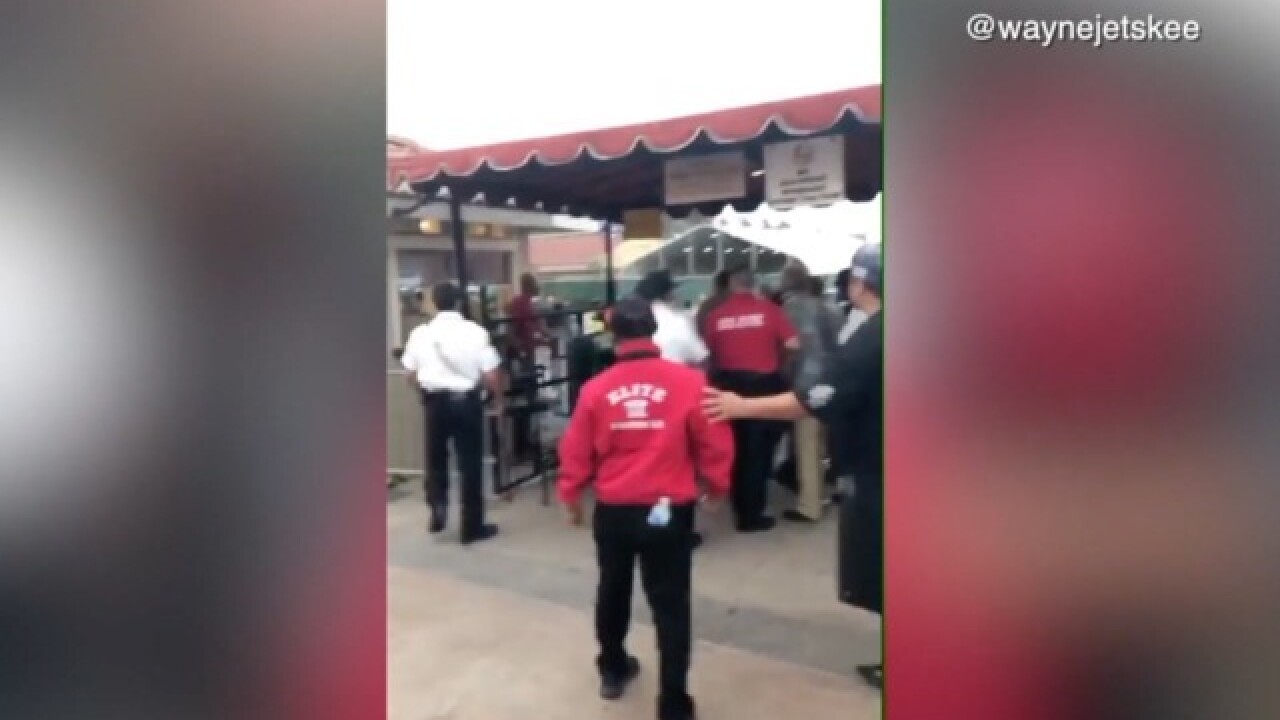 DEL MAR, Calif. (KGTV) - The bail was tripled Monday for the man accused of opening fire at the Del Mar Fairgrounds before a San Diego County Sheriff’s deputy shot him.

Daniel Elizarraras, 22, was caught on camera during the incident at the racetrack. Investigators said Elizarraras started an argument after he could not get a ticket for the Ice Cube concert scheduled after the final horse race.

Witnesses said Elizarraras fired several shots from a semi-automatic handgun into the crowd at the Stretch Run ticket window at 6:40 p.m. Deputy Tyler Eikermann fired four rounds and hit Elizarraras each time, according to the Sheriff’s Department.

Deputy Eikermann is an 11-year veteran of the Sheriff’s Department. Deputies Ellyn Bell and Fred Duey were also at the scene but did not fire their weapons.

Elizarraras was transported to Scripps Memorial Hospital La Jolla. He was initially released to the San Diego County jail downtown but later returned to the hospital. Deputies did not release details about his condition but said he was stable.

During an arraignment Monday in Elizarraras' hospital room, the judge increased the bail from $100,000 to $300,000. The deputy district attorney argued that Elizarraras was a danger to the public.

Sheriff’s investigators said Elizarraras is charged with Assault on a Peace Officer with a Firearm and Illegal Discharge of a Firearm with Negligence.

Elizarraras will be in court October 9 for a preliminary hearing.