Death toll from wildfires reaches 33 on the West Coast 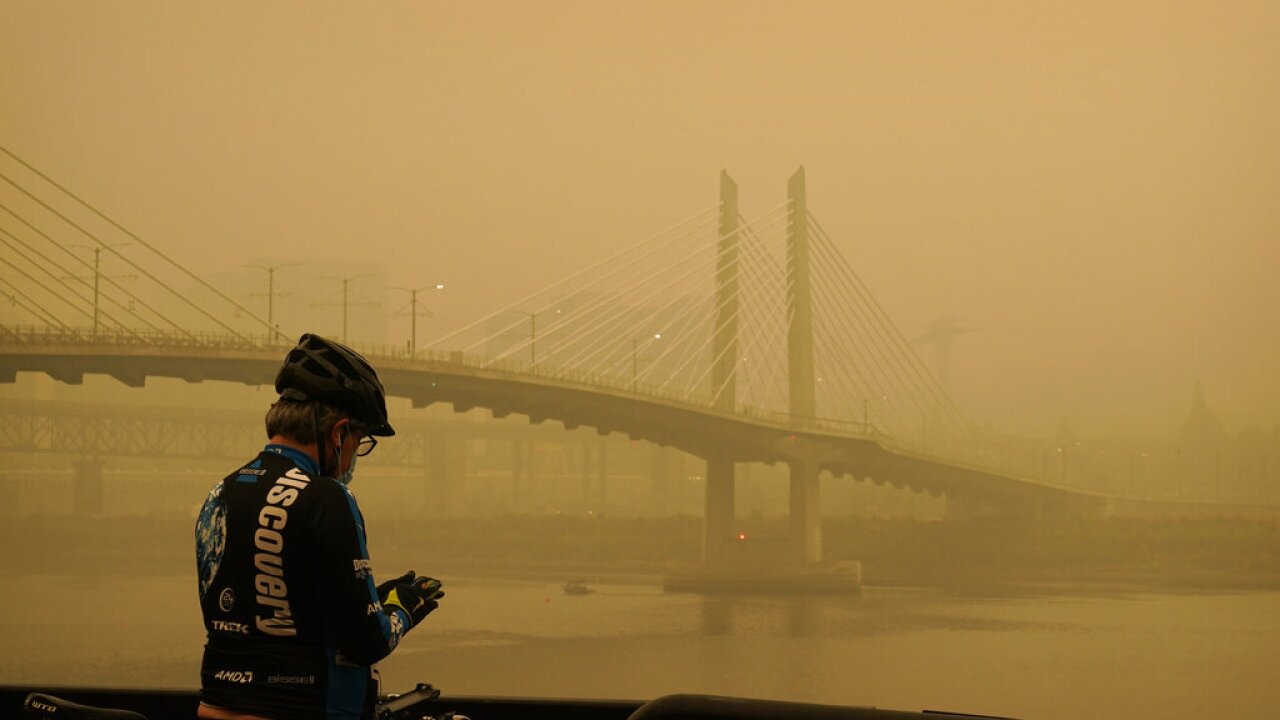 (Copyright 2020 The Associated Press. All rights reserved. This material may not be published, broadcast, rewritten or redistributed.)
John Locher/AP
A man stops on his bike along the Willamette River as smoke from wildfires partially obscures the Tilikum Crossing Bridge, Saturday, Sept. 12, 2020, in Portland, Ore. (AP Photo/John Locher)

SALEM, Ore. (AP) — The death toll from the wildfires raging on the West Coast stands at least 33, with authorities saying nearly all of the dozens of people reported missing after a devastating blaze in southern Oregon have been accounted for.

The flames have destroyed neighborhoods, leaving a barren, gray landscape in their wake, driven tens of thousands of people from their homes and cast a shroud of smoke over the region.

The crisis has come amid the coronavirus outbreak, the economic downturn and nationwide racial unrest that has led to protests in Portland for more than 100 days.