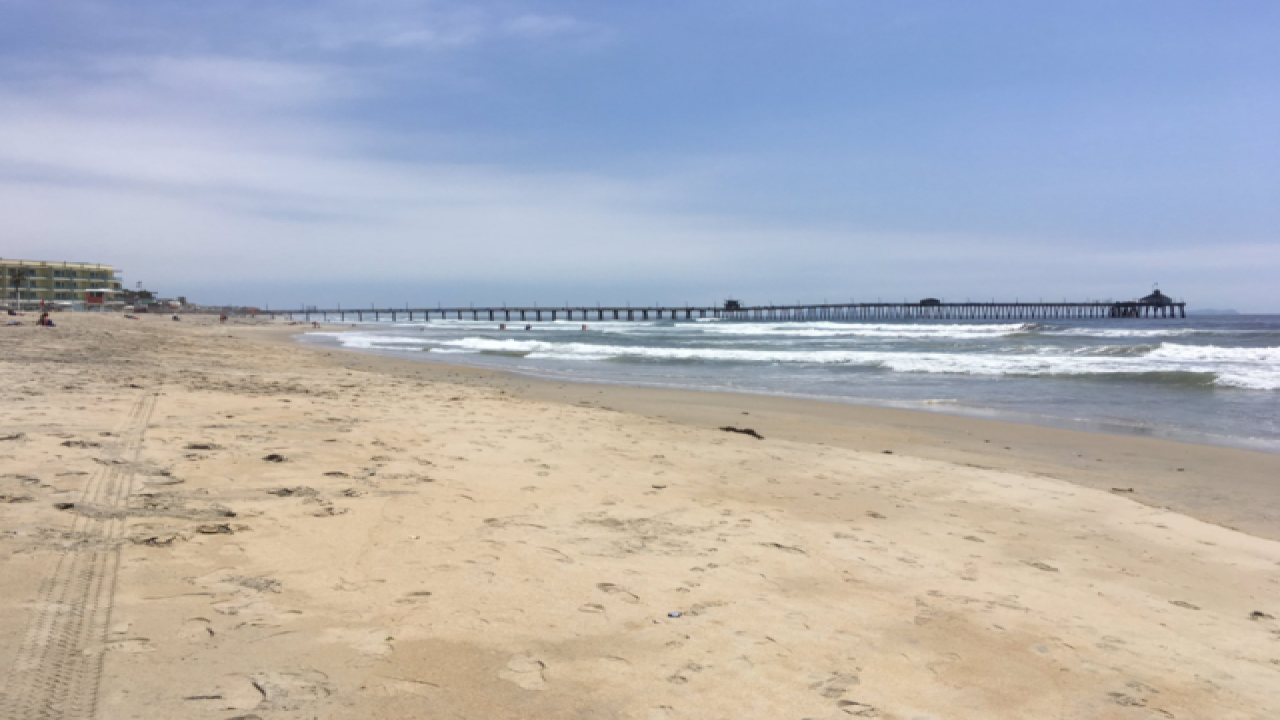 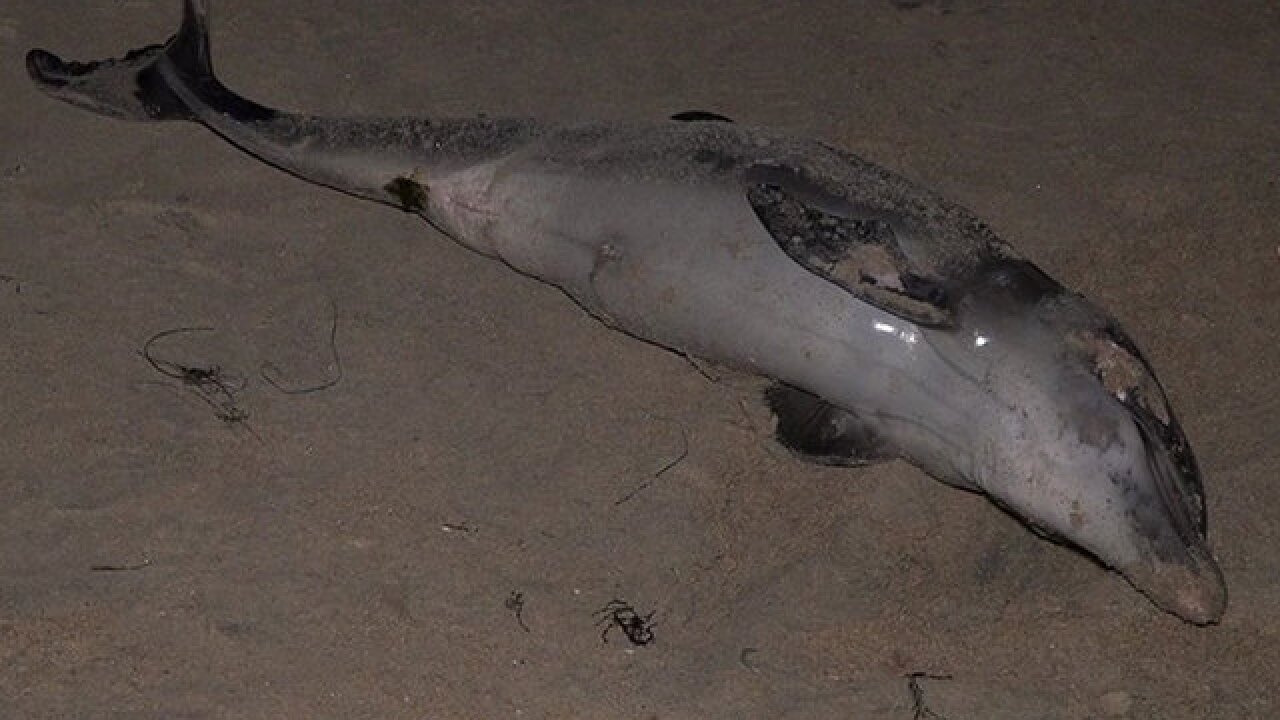 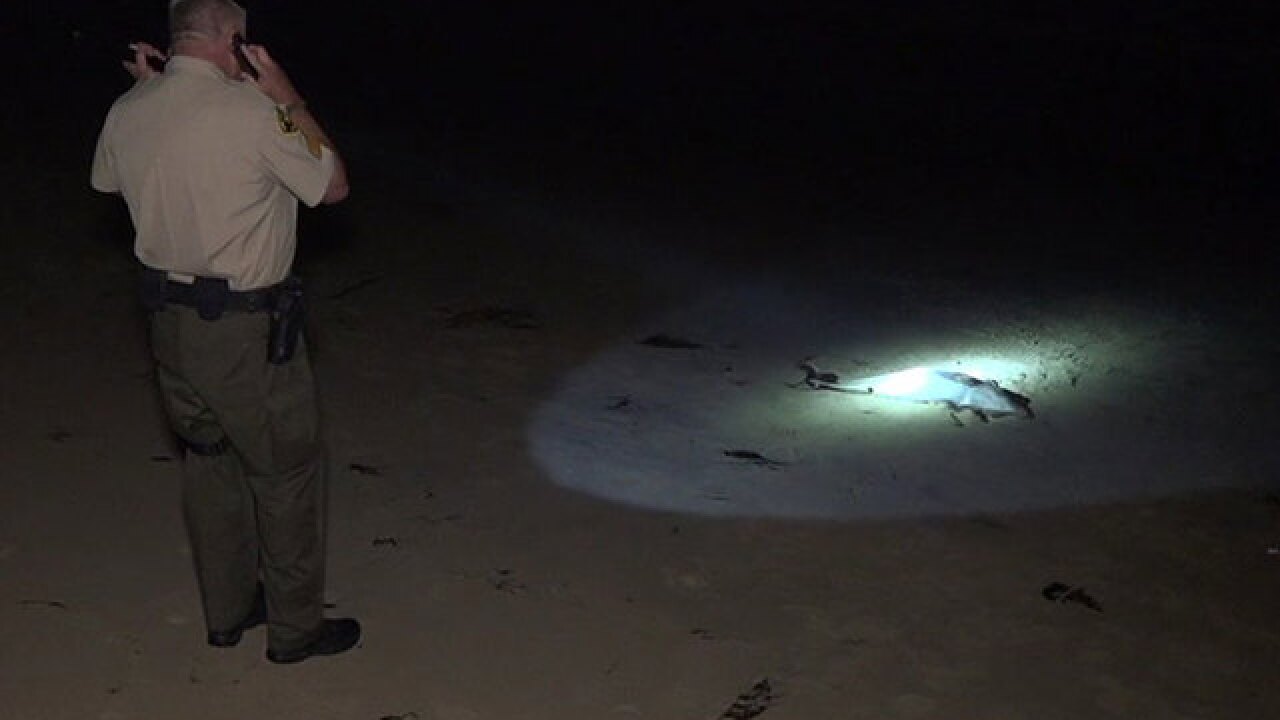 IMPERIAL BEACH, Calif. (KGTV)—Dead dolphins are washing ashore in the South Bay, and lifeguards believe algae is killing them.

The first dead dolphin was discovered Sunday night at the foot of Elkwood Ave. in Imperial Beach, according to the San Diego Sheriff’s Department.  Deputies found two more on Tuesday.

The algo-bloom isn’t visible on the surface, but it’s deadly as it works its way up the food chain, according to Clarissa Anderson of the Scripps Institution of Oceanography at U.C. San Diego.

RELATED: Dead dolphin found on beach next to note written in sand

"This is a very severe harmful algo-bloom event that's been going on since the beginning of April, throughout the entire Southern California region, all the way from Santa Barbara to even reports in Baja of animals stranding,” said Anderson.

Anderson said these blooms have been getting more severe each year and the past winter's storms are likely to have played a role.  She told 10News she does not see a connection between the current bloom and February’s massive sewage spill in the Tijuana River basin because the bloom is more widespread.

Humans should avoid harvesting shellfish, but the kind sold in restaurants and supermarkets is safe, according to Anderson.