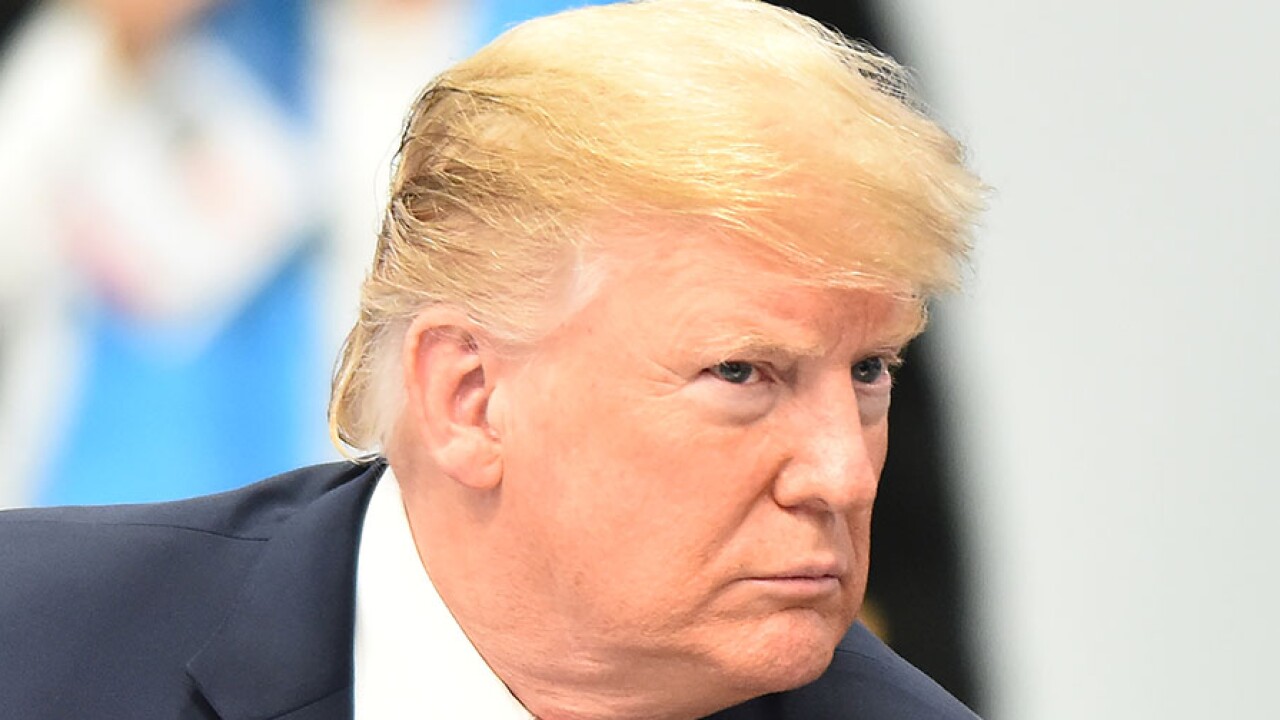 In a series of tweets Monday morning, the president said of his former lawyer Michael Cohen: "'Michael Cohen asks judge for no Prison Time.' You mean he can do all of the TERRIBLE, unrelated to Trump, things having to do with fraud, big loans, Taxis, etc., and not serve a long prison term? He makes up stories to get a GREAT & ALREADY reduced deal for himself, and get his wife and father-in-law (who has the money?) off Scott Free. He lied for this outcome and should, in my opinion, serve a full and complete sentence."

Cohen implicated Trump when he pleaded guilty to campaign-related violations earlier this year. The attorney pleaded guilty last week to lying to Congress for making false statements regarding the Special Counsel’s investigation.

After speaking on Cohen, Trump turned his attention to Mueller, describing him as “rogue” and “out of control.”

Trump tweeted: “’I will never testify against Trump.’ This statement was recently made by Roger Stone, essentially stating that he will not be forced by a rogue and out of control prosecutor to make up lies and stories about ‘President Trump.’ Nice to know that some people still have ‘guts!’”

He added: “Bob Mueller (who is a much different man than people think) and his out of control band of Angry Democrats, don’t want the truth, they only want lies. The truth is very bad for their mission!”

Trump made the announcement in a tweet late Sunday in the United States, saying Beijing will "reduce and remove" the tariffs, which currently stand at 40%. He didn't specify when the change would happen or what the new tariff level would be.

China has agreed to reduce and remove tariffs on cars coming into China from the U.S. Currently the tariff is 40%.

My meeting in Argentina with President Xi of China was an extraordinary one. Relations with China have taken a BIG leap forward! Very good things will happen. We are dealing from great strength, but China likewise has much to gain if and when a deal is completed. Level the field!

Trump's tweet comes after he and Chinese President Xi Jinping agreed on Saturday to hold off on further tariffs in the trade war between the two countries for the time being . But the Chinese government has made no mention of cutting car tariffs as a result of the meeting between the two leaders in Buenos Aires.

Sources: Trump will attend Bush memorial but won't speak at funeral
-- President Donald Trump will not speak at the funeral for former President George H.W. Bush, sources with knowledge of the plans tell CNN, but has said that he will attend Wednesday's memorial. Despite the fact that Trump's rise to power included lambasting past presidents, including both Bushes, the president has responded to Bush's death with repeated laudatory comments.

The plans for Bush's funeral were all put into place before Trump was ever elected, sources tell CNN. Presidents are traditionally asked to eulogize presidents who have died -- and in past state events like this, that has been the case -- but the Bush family is unlike any other and has another president in the family who will fill that role.

Trump will pay a condolence call to the Bush family on Tuesday at Blair House, according to the sources, a government house across the street from the White House.

Along with his son, George H.W. Bush will be eulogized by former Canadian Prime Minister Brian Mulroney, whose time in power overlapped with Bush, former U.S. Sen. Alan Simpson, who became a close friend to Bush, and presidential historian Jon Meacham, the late president's biographer.