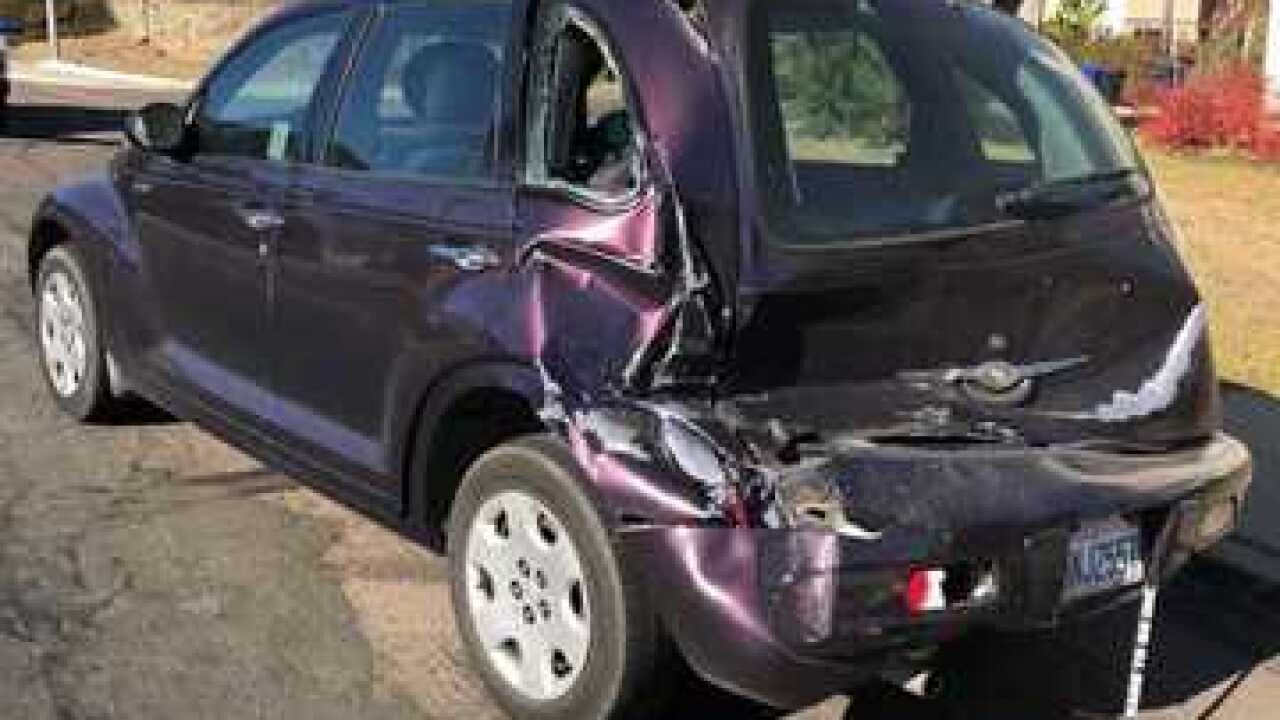 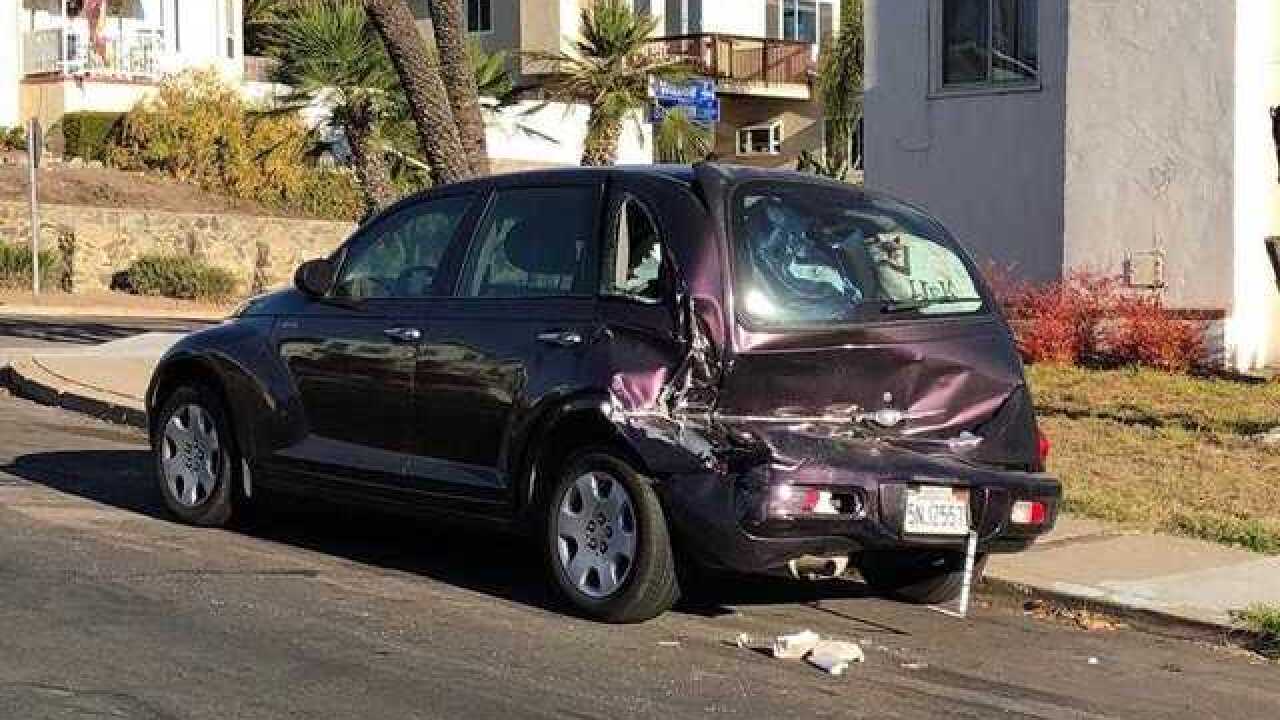 SAN DIEGO (KGTV) -- Neighbors in Point Loma are banding together to catch a man who nearly killed one of them and destroyed another's car.

They say driving reckless in any neighborhood is terrifying, but this one happens to be a place where many San Diegans go to look at Christmas lights with their families.

“We always go up there as kids and down and there are people everywhere," Shawn Babcock told 10News.

It was Babcock's car that was totaled and she says, she caught a glimpse of the car before it took off.

“A maroon Chevy Silverado," she said. "On probably 35-inch tires (with a) big lift.”

A driver racing down Garrison Street smashed into her parked PT Cruiser.

“Some crazy guy had just mowed my car down," she said. "Had the car stuck on the bumper, backed up, and then pushed it 40 more feet.”

There's still a trail of glass on the street.

Babcock isn't the only neighbor who saw the madness unfold.

“(The) truck blew the stop sign on Byron Street going probably an excess of 100 mph," said Darren Devries, who was almost hit by the truck. "It was one of the most reckless things I think I’d ever seen.”

Police don't know if the driver was under the influence of anything -- but Devries says it was pretty obvious that they were.

“I mean, you don’t do things like this when you’re sober," he said.

Neighbors are hoping that police will catch the driver soon, so they can feel safe in their neighborhood once more.

“How do you think I feel, I just, you know what I’m saying?"
Babcock said. "I’m like, the little kids, and not even just the kids, all the neighbors, everybody walks out here, their dogs...it’s supposed to be safe here.”

Babcock described the vehicle as a maroon-colored Chevy Silverado with 35-inch tires and a big lift. Neither she or Devries are sure if the driver was a man or a woman.