What San Diego athletes are saying about the Olympics being postponed 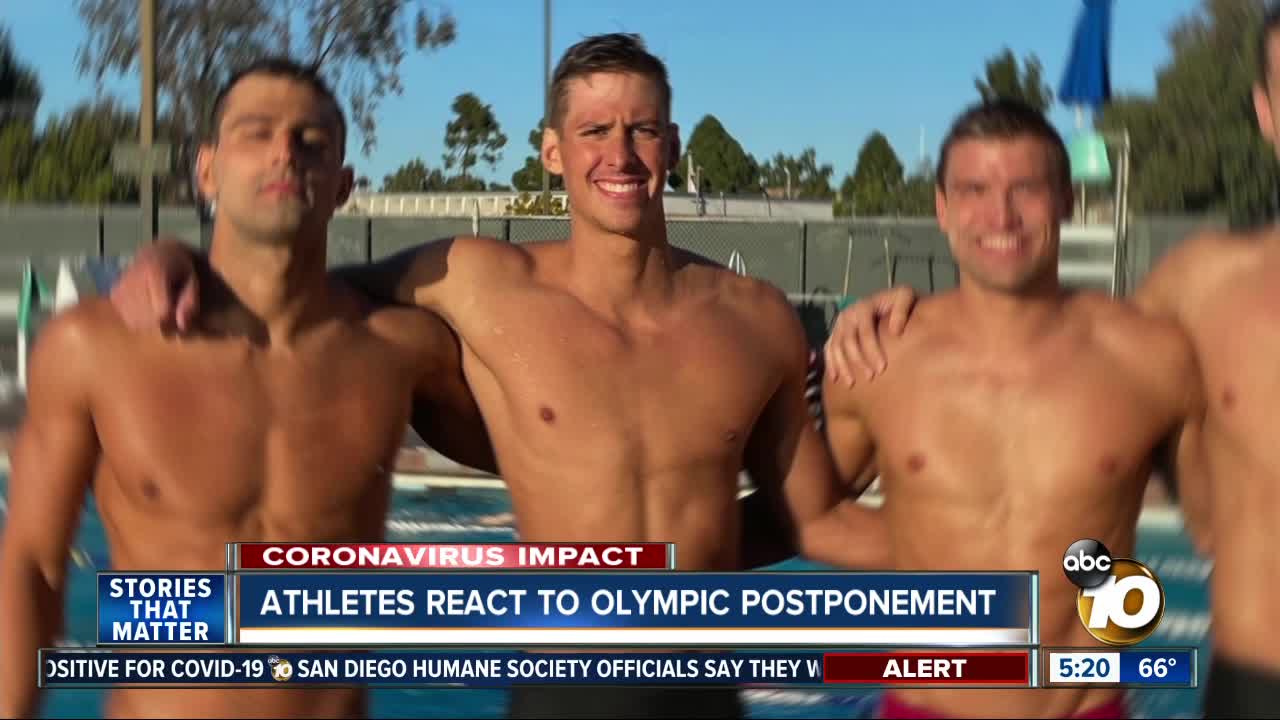 SAN DIEGO (KGTV) - The International Olympic Committee and Japanese government made an historic announcement Tuesday to postpone the 2020 summer Olympic games in Tokyo due to the coronavirus.

Tuesday, Japanese Prime Minister Shinzo Abe confirmed on Twitter that the Tokyo Olympic and Paralympic games have been delayed until no later than summer 2021.

"It's kind of hard to wrap your head around it because you have been training so long for this one moment," Allison Halverson said back in Februaray.

"I was kind of like, 'Ok. That's good to know.' Now I can kind of refocus and figure out how to train for that," Halverson said.

Swimmer Michael Chadwick says the lack of open pools is sidelining any training, making competition right now even less of a possibility.

"Too much has happened too quickly for us to really understand what the ramifications of it all are," Chadwick said. "We as athletes cannot expect to make a push right now, physically, it's just impossible. Especially with not having a pool open."

A new date for the postponed games has not been announced.