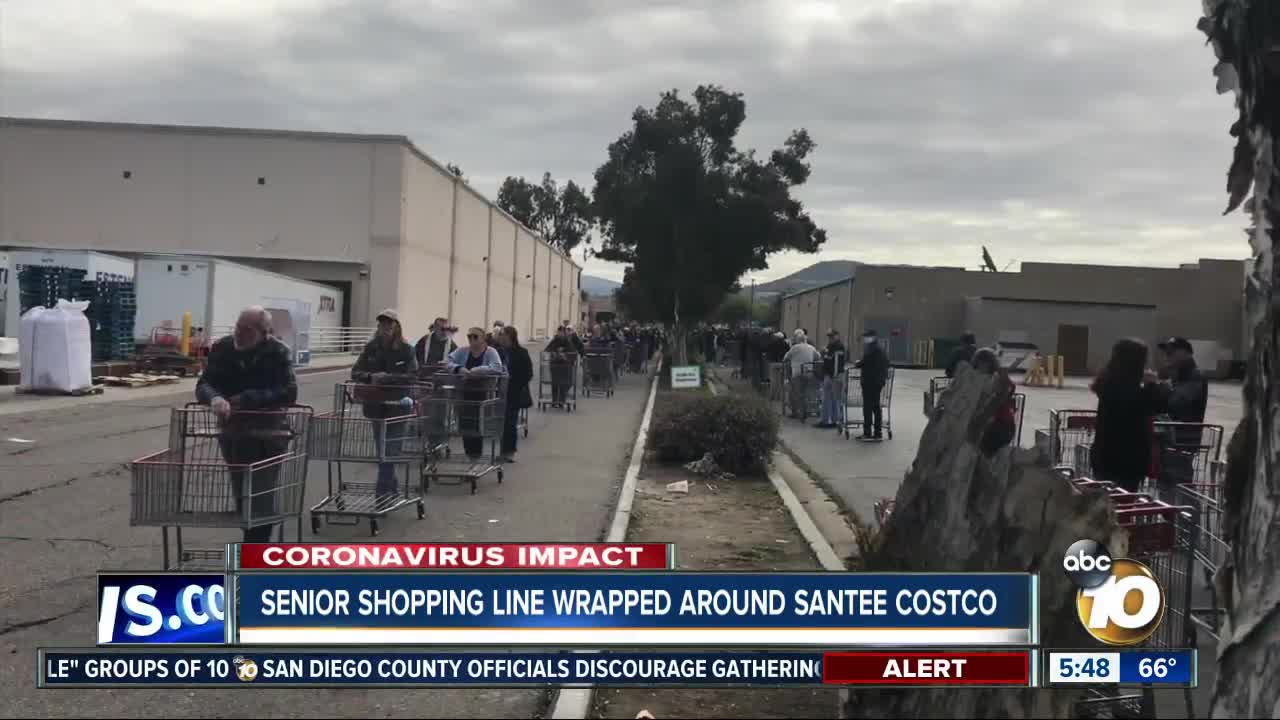 SANTEE, Calif. (KGTV) - Some local stores are having a hard time keeping up with the demand from senior shoppers who are showing up for the special early morning hours amid concerns over COVID-19.

Over the phone, a Costco employee in Santee told 10News that more than 1,500 seniors showed up on Tuesday and the store hasn't been that busy since Christmas or Thanksgiving.

Video was shot by 10News employee Alanna Light and her 73-year-old husband, Jeff, shows a line of customers wrapped around the building.

LISTINGS: Who is open for business in San Diego during stay-at-home order

The Lights showed up just after 8:30 a.m. for Costco’s new 60 and older shopping hours that started this Tuesday and will reportedly be available every Tuesday and Thursday from 8 to 9 a.m.

They say they waited in line for almost an hour. “It went very quickly. Once you got inside it was surprisingly empty,” says Jeff.

Costco's one of the growing number of stores offering special senior hours. Others on the list include Ralph's, Whole Foods and Trader Joe's.

RELATED: Grocery stores with hours for seniors amid coronavirus pandemic

Alanna adds, “As soon as we got in, they had a long line that went straight to the paper products and it was very organized.”

They say they were able to get toilet paper and water, but no paper towel. Regardless, they were pleased with how Costco handled it.

“I was really impressed,” she tells 10News.

10News reached out to Costco’s media relations for comment about the senior crowd sizes. We’re waiting for a response.