UCSD researchers develop ventilator that can be made quickly, cheaply 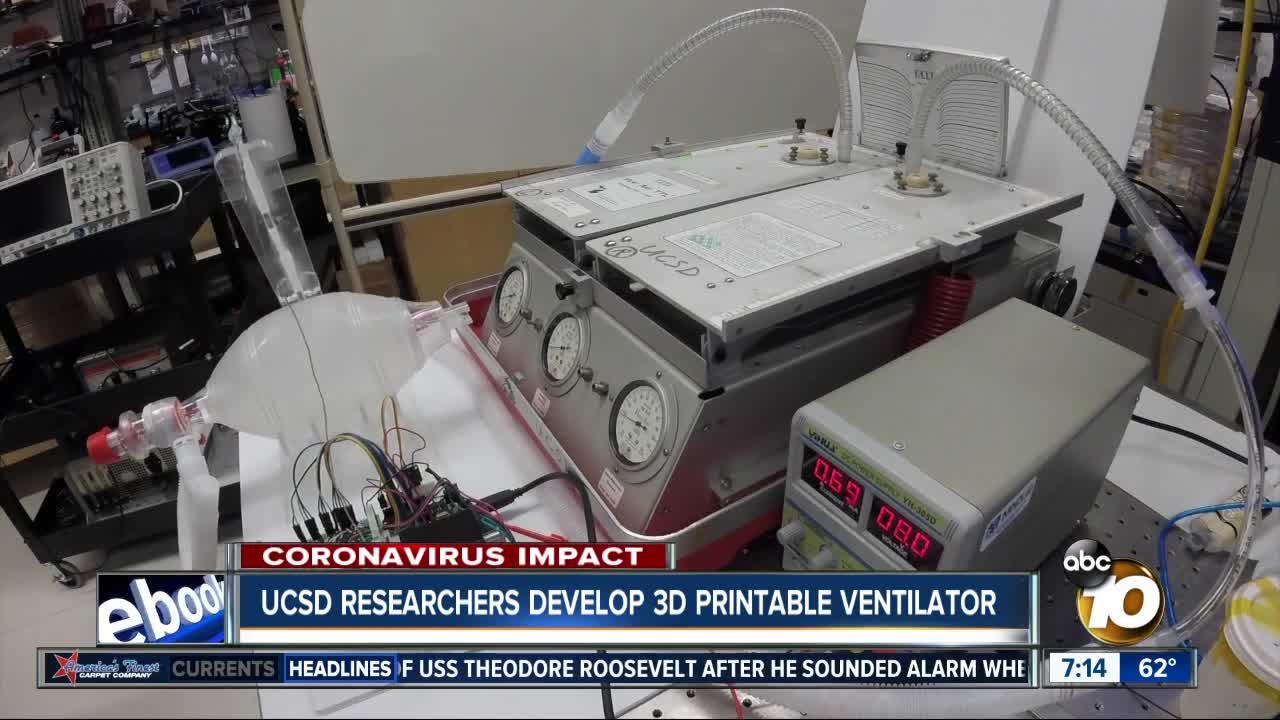 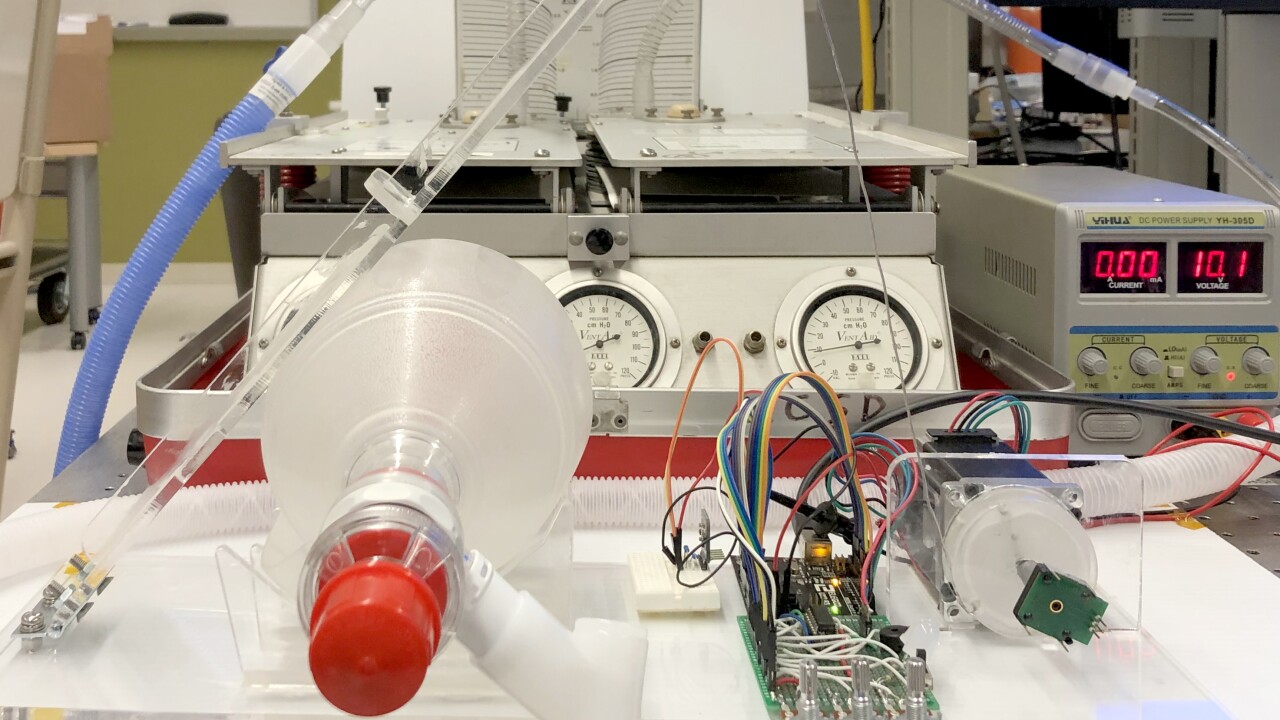 LA JOLLA, Calif. (KGTV) - A team of researchers at UCSD have developed a simple ventilator that can be produced quickly and cheaply if needed.

The project was overseen by Professor James Friend, who works in the School of Engineering and School of Medicine. The device is essentially an bag valve mask that has been outfitted with an automatic pumping arm, created with pieces made by 3D printers and waterjet cutters.

“Whatever the simplest, quickest fastest way to produce the safest parts is,” said Friend. “we choose that.”

He said the team developed, produced, tested and refined a prototype in 10 days.

“We decided to stop what we were doing on other projects, drop tools and go at this with everything we have,” he said.

The device has not been FDA approved, though he said they have been able to test it on mechanical lungs to collect data on its effectiveness.

The team is also developing ways to use existing ventilators on multiple patients.

“It’s actually not as easy as adding a split tube in there,” said Lonnie Petersen, an Assistant Professor with a background in medicine and engineering.

Friend says they have several commercial partners who are ready to start producing the ventilators if the region faces a shortage.

“They are able to produce thousands of these types of devices in days,” said Friend.

But he and Petersen said, despite their efforts, they hope it won’t be needed.

“We do hope that anything we can create here will never be called to use,” said Petersen.

“The more in vain all of our efforts will be, the happier we will be at the end.”