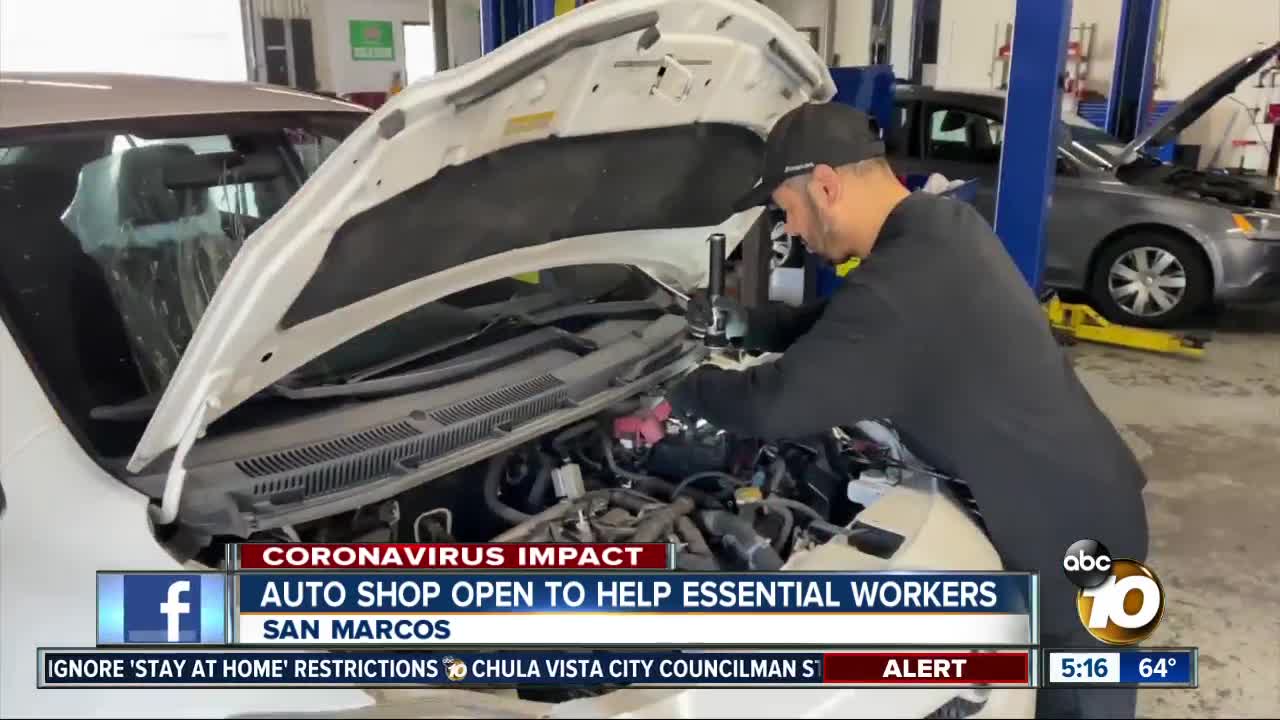 So Cal Auto in San Marcos is helping essential workers still working amid the coronavirus pandemic.

SAN MARCOS, Calif. (KGTV) -- Christopher Deatrick said it felt like just yesterday he was living out the San Diego dream.

"We obtained a lot of customers in the first year and going into the third year it was still pretty steady and business was good," Deatrick said.

But among the long list of smaller businesses like mom and pop restaurants, boutiques, cafes; auto shops like his fell right in line with those affected by the coronavrius pandemic.

"We're probably about 50-60 percent down in work volume right now. The phone is still ringing but definitely not as much," Deatrick added.

He owns So Cal Auto in San Marcos and said car care shops are essential now more than ever. He said although traffic on the road is light, those behind the wheel, such as medics, are critical.

"I know these people are going to have a lot of work ahead of them and time is limited so if they need something serviced. I will go to the hospital, clinic or even their house to pick up their vehicle," says Deatrick.

He's also offering discounted rates for other employees spending most of their time on the roads, such as Amazon, Grubhub, and Instacart drivers.

He said for now his business is okay but the signs of loans could very well be in his future.

"If this carries on for a month or two, that might be something i need to look into," said Deatrick.

He said helping drivers in his small San Marcos community while staying positive at home are reasons to keep himself, family, and business hopeful at a time like this.

"I've had a lot of customers email and call over the last few weeks just to give kind words or ask if we're okay," Deatrick said. "People are also sending us business in here and maybe they don't need services quite yet, but they're still coming in and getting certain services done."