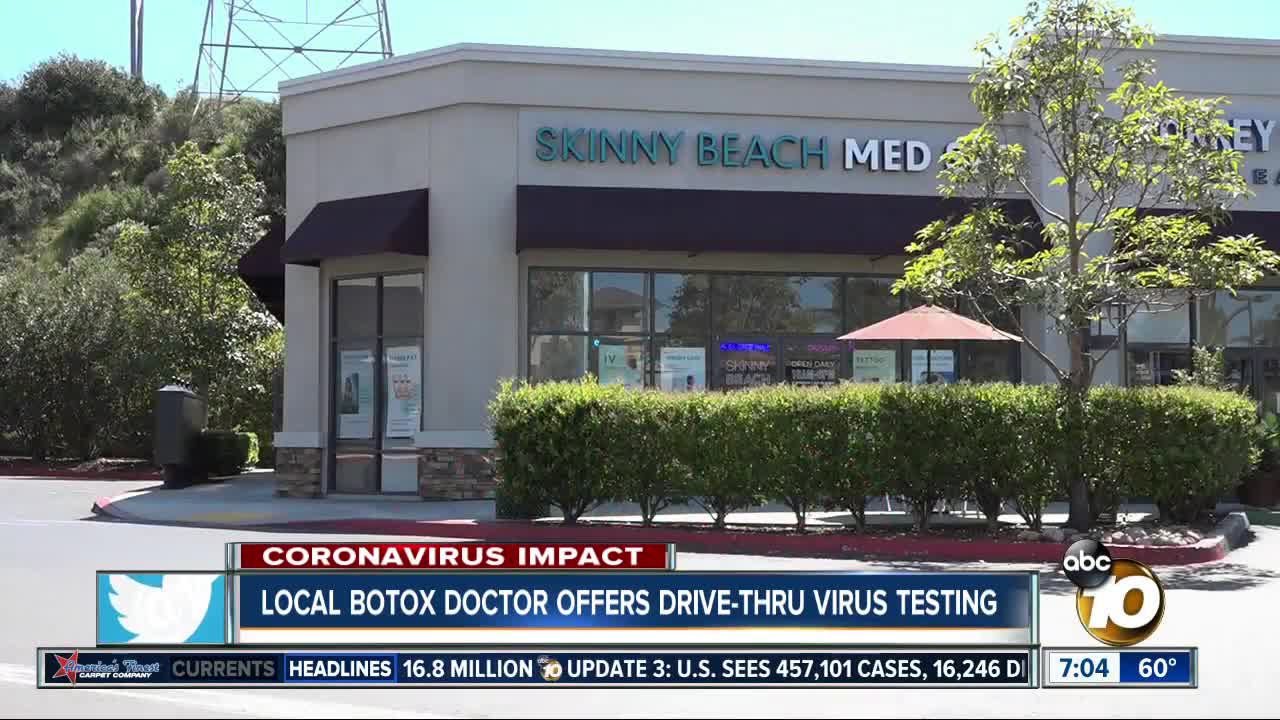 10News first reported on Dr. Jennings Staley last week after he was accused of being unethical. Some believe he’s profiting off people's fears by advertising costly telehealth COVID-19 treatments with hydroxychloroquine and azithromycin.

Last week, he defended his action and added, “I would not prescribe the medication without seeing the patient and evaluating them first.”

He's based out of Skinny Beach in Carmel Valley where he usually does medical spa treatments like facial fillers. He says in the last week the spa has gone under and the new name is COVID-19-medkits.com.

He's now hosting $100 drive-thru antibody testing for patients to see if they’ve already had the virus.

“If they had a flu-like illness in the last 4 to 6 weeks it may be worth knowing if that was COVID-19,” he told 10News on Thursday.

It's not FDA-approved, but the FDA is now allowing its unreviewed use under certain conditions.

“We do have armed security because of the threats that we've received,” he added.

Critics argue that a Botox specialist has no right charging and treating suspected coronavirus patients with prescription drugs, especially outside of a controlled hospital setting.

Dr. Staley is a licensed physician and surgeon and says patients who opt to delay care until they're critically-ill enough for the ER are only harming their own chances of recovery.

“It just doesn't sound right. It doesn't feel right and quite frankly it probably isn't,” said Dr. Charles Burton with the Association for Medical Ethics. He told 10News he questions whether Dr. Staley is putting his own interests before his patients' interests.

“Times such as this have always been a unique opportunity to exploit and take advantage of a vulnerable public,” he added.

Dr. Staley has maintained that he'll offer his services for free if patients can’t afford them. He encourages symptomatic patients to stay home and he’ll visit them for further evaluation.