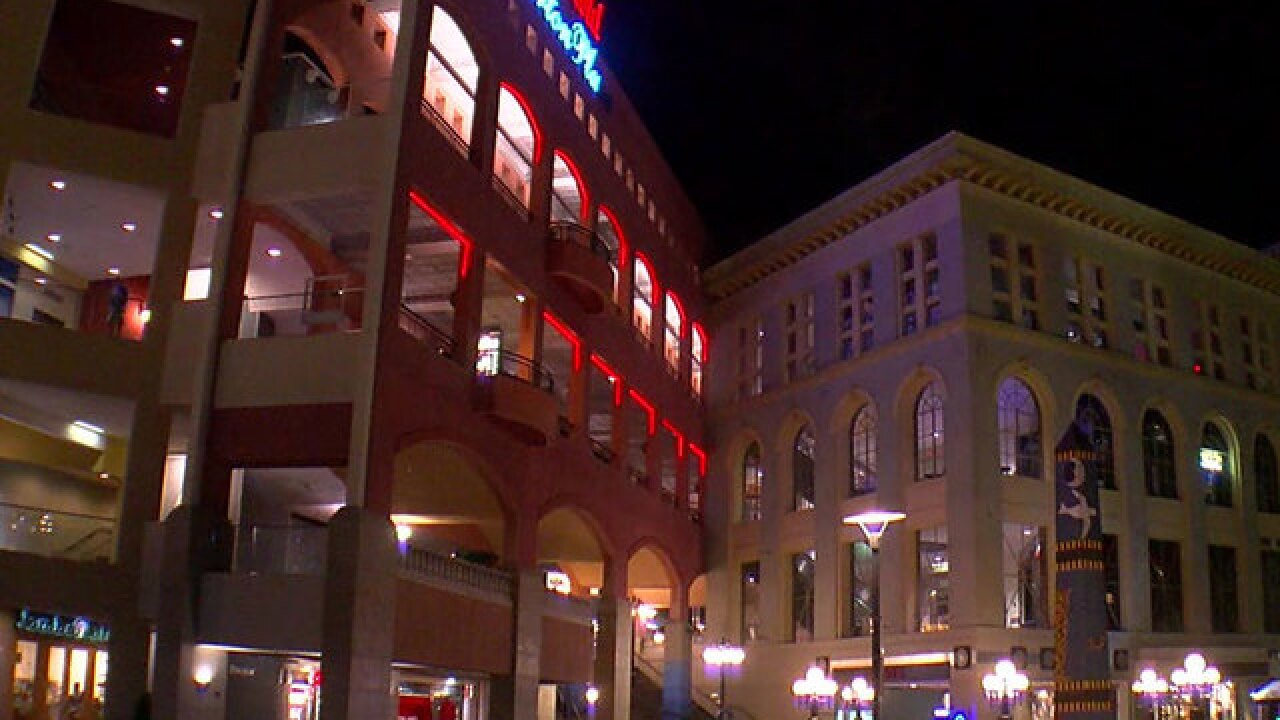 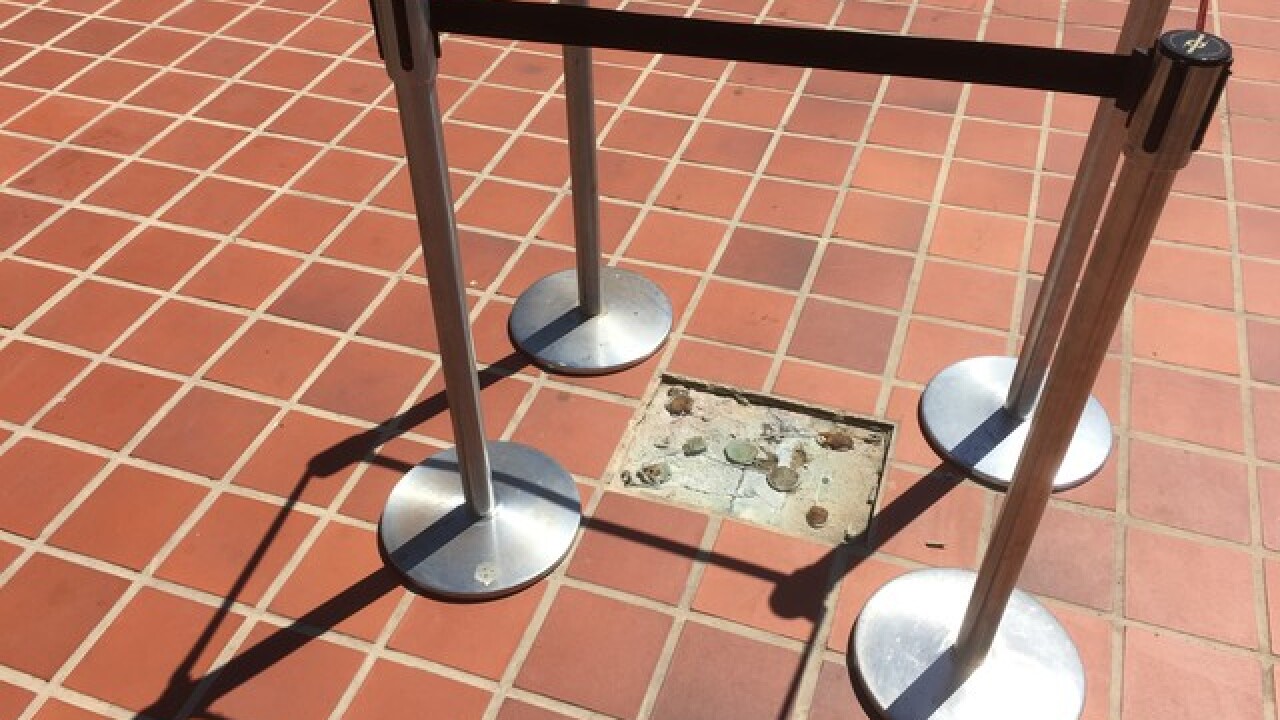 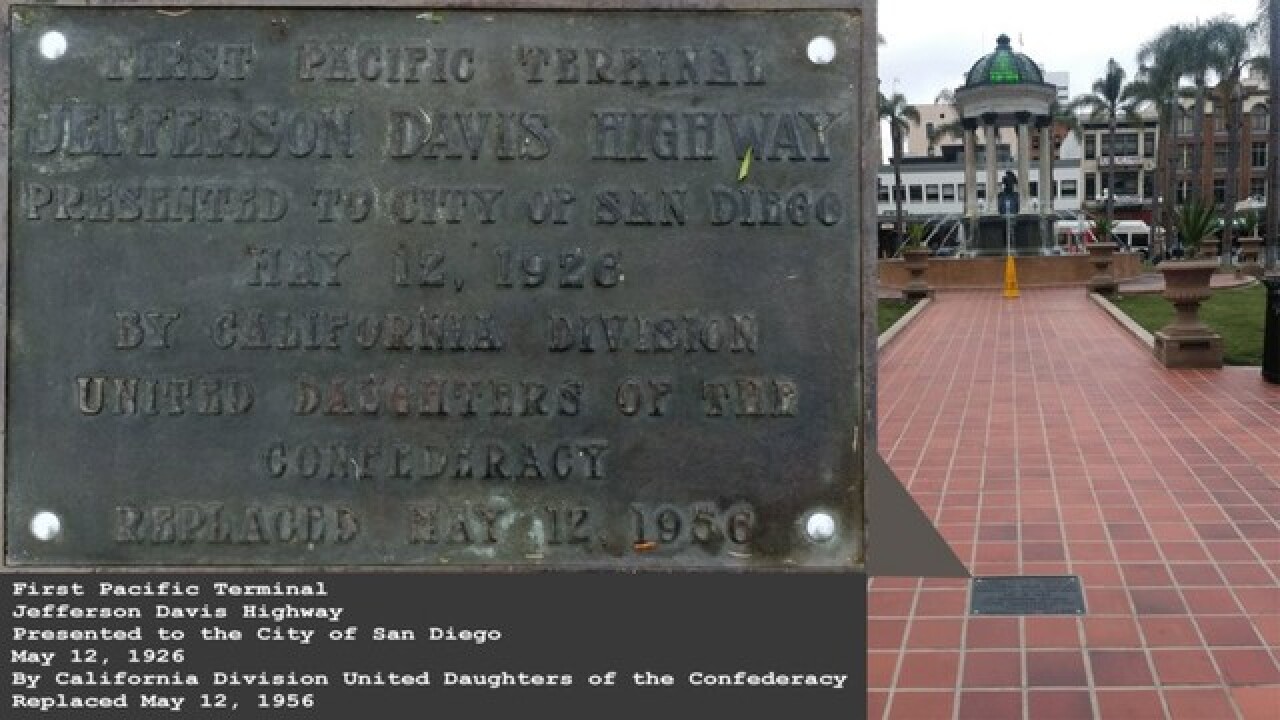 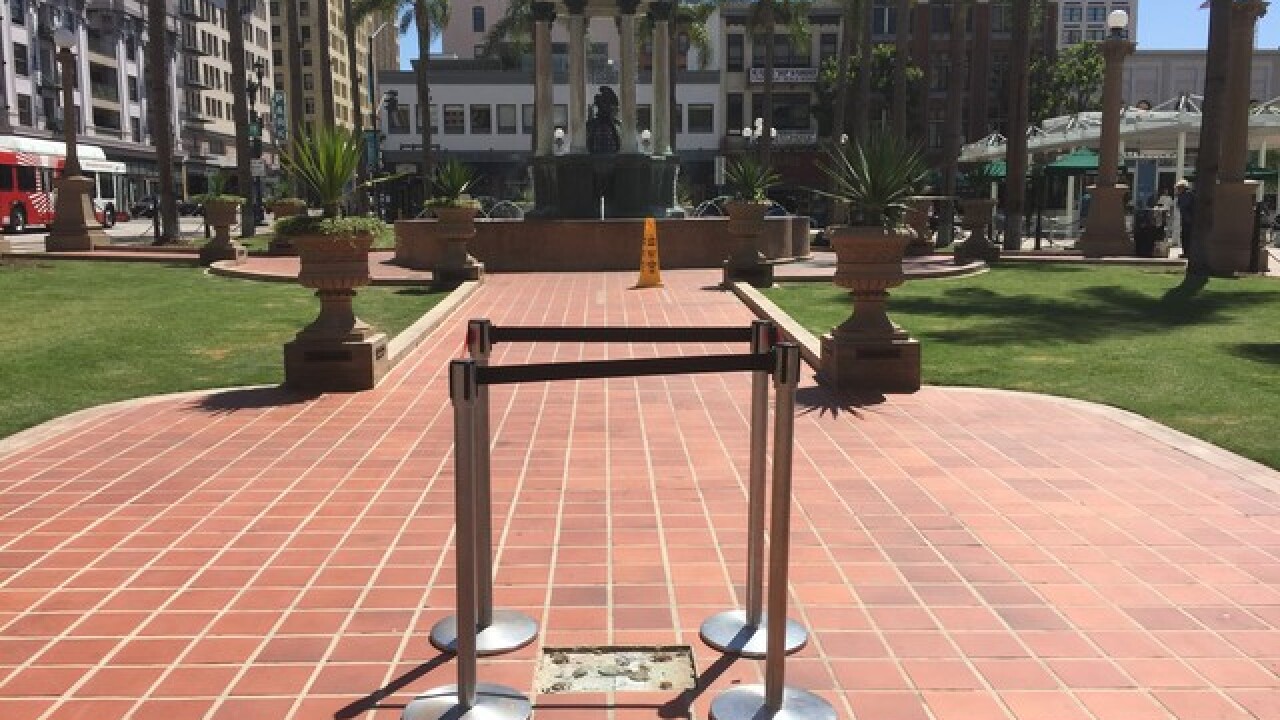 The marker commemorated the Jefferson Davis Highway, named for the Confederate leader, according to the Gaslamp Quarter Historical Foundation.

The marker was installed in Horton Plaza in 1927 and moved to the western sidewalk of the plaza during the 2016 renovation, according to the local division of Daughters of the Confederacy.

A petition on Change.org called to remove the marker.

"Monuments to bigotry have no place in San Diego," wrote San Diego City Councilman Chris Ward on Facebook. "Thank you to the citizens of San Diego who highlighted this, and to City staff for their quick response to remove this symbol of hate."

Ward also issued a statement, "We are tragically reminded in the wake of deadly domestic terrorism of our responsibility to actively bend the arc of the moral universe towards justice with our work. This is a small but critically important step to ensure San Diego remains a safe and inclusive place, and we will continue to confront the symbols and ideology of white supremacy and Neo-Nazism that threaten the values that make our city and country great."

San Diego has a historic tie to the Confederacy.  Many San Diegans who moved to the area in the 1860's migrated from the South, said historians.