Comic-Con badges sell out in an hour 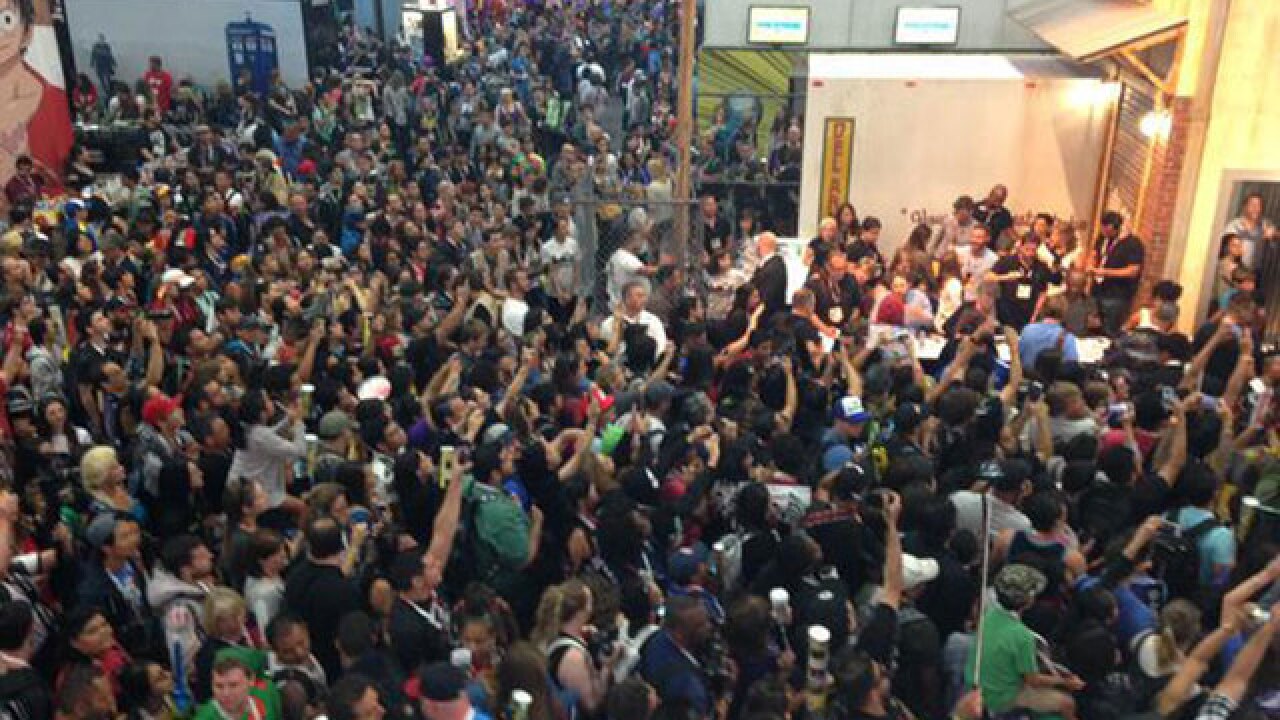 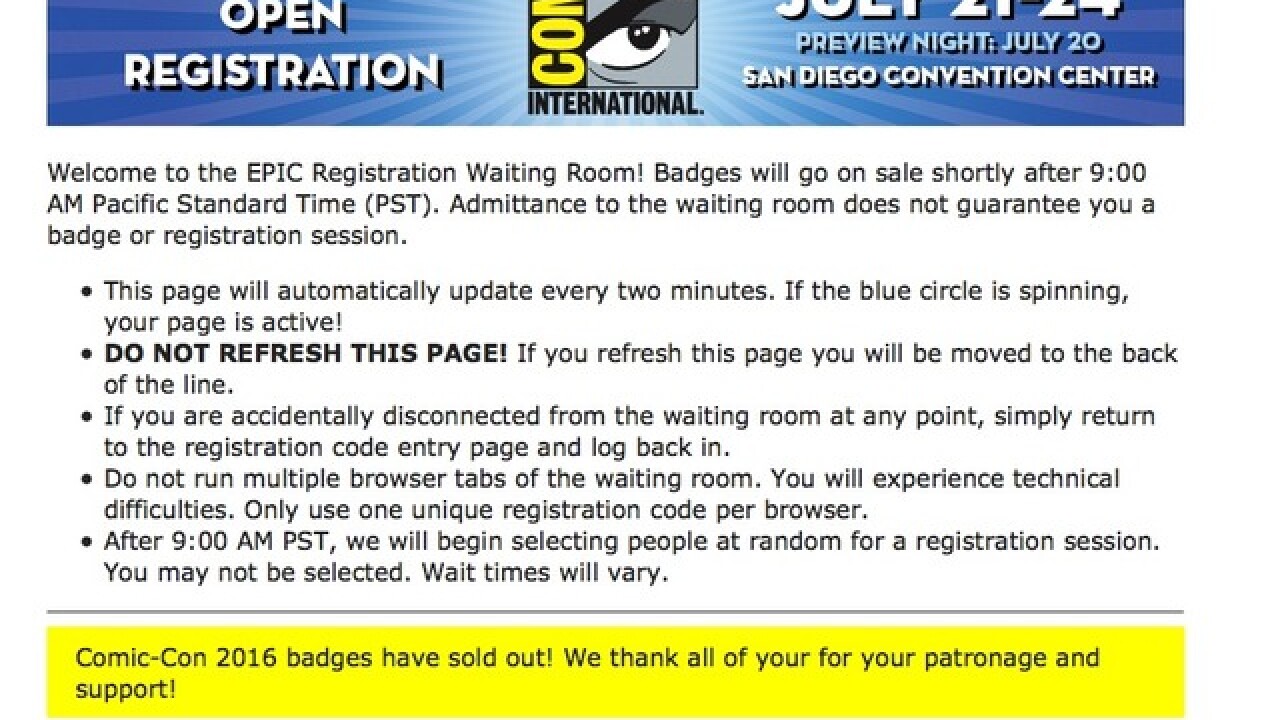 SAN DIEGO – The coveted Comic-Con badges that are tough to get a hold of sold out Saturday morning in about an hour.
Open registration began around 9 a.m. and by 10 a.m., the badges were all gone.

Comic-Con 2016 badges have sold out! We thank all of your for your patronage and support! #SDCCOR

Thousands of badges were already given out during pre-registration in November. Pre-registration was a badge lottery restricted to people who attended Comic-Con in 2015.
The 47th annual Comic-Con will run from July 21-24. LAST YEAR'S COVERAGE
Scripps Only Content 2015