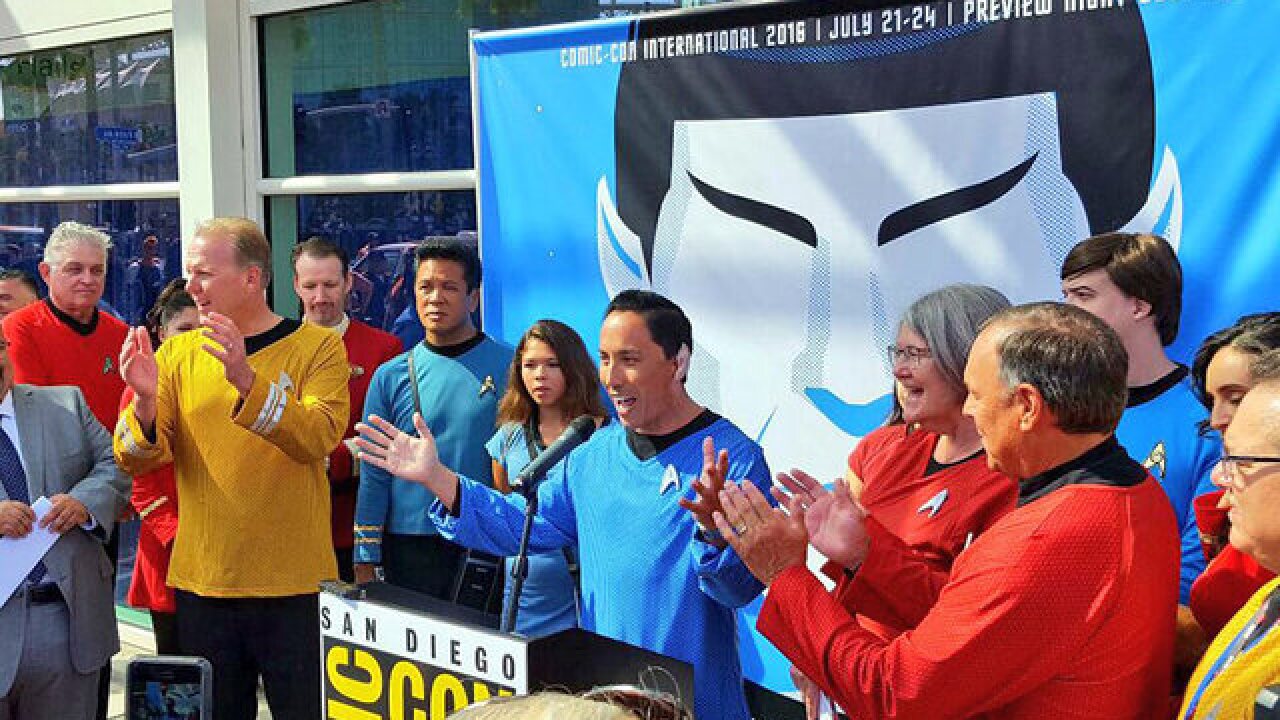 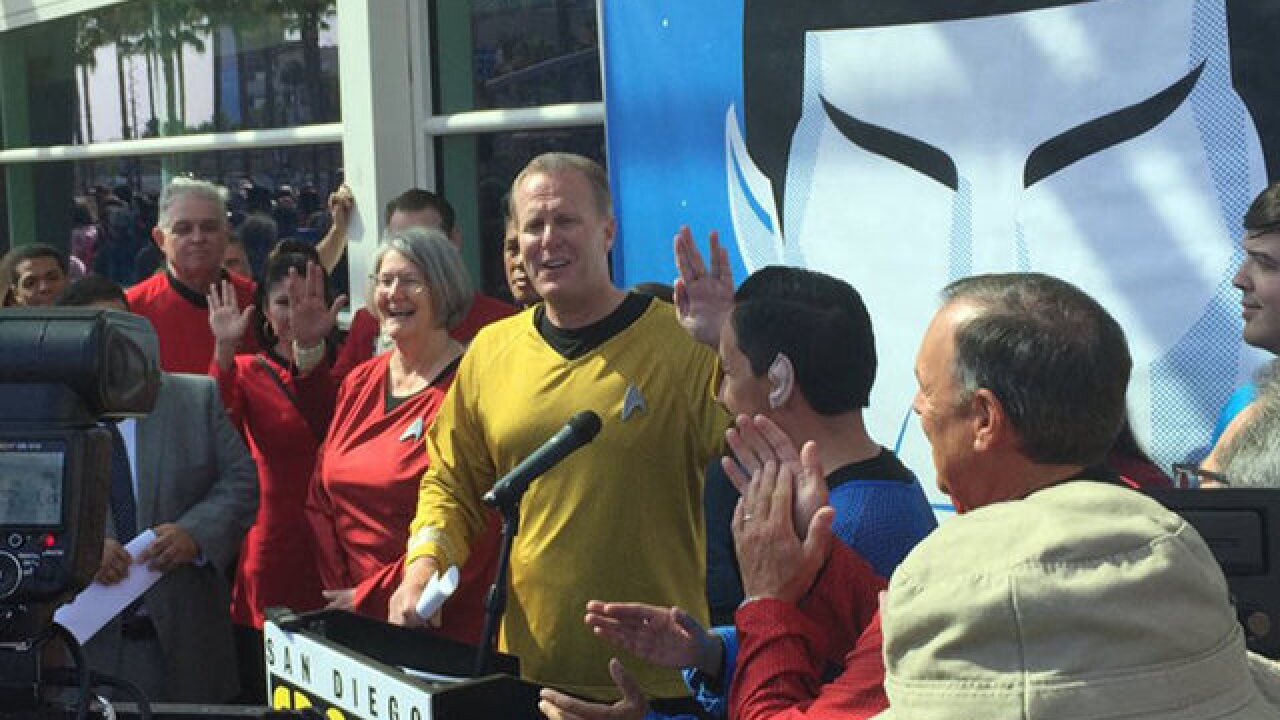 Mayor Kevin Faulconer, dressed as Capt. James T. Kirk, said the annual celebration of the popular arts at the San Diego Convention Center will go "where no convention has gone before."

"It's the 50th anniversary of 'Star Trek,' the groundbreaking series that celebrated diversity, stoked our curiosity and embraced our shared humanity," Faulconer said.

City Council President Sherri Lightner, dressed in a red "Star Trek" uniform, said she belonged to a filmmaking club in high school and tried to make their own series.

"We were very excited about it, because 'Star Trek' was groundbreaking in many ways -- there was gender and racial equality, and important social issues were discussed and explored on the program," Lightner said.

The first day's highlight is expected to be the Comic-Con debut of controversial filmmaker Oliver Stone, who is scheduled to show clips of his latest film, "Snowden," and take part in a question-and-answer session with actors Joseph Gordon-Levitt, Shailene Woodley and Zachary Quinto. Gordon-Levitt plays title character Edward Snowden, the whistleblower who divulged U.S. National Security Agency secrets before fleeing to Russia.

The event is scheduled for 11:45 a.m. in Hall H, the site of many of Comic-Con's featured events. According to The Hollywood Reporter, Stone will also conduct a secret screening of the film for invited guests.

"Snowden" is scheduled to open in theaters Sept. 16.

Other first-day highlights include a world-premiere screening of the USA series "Falling Water," the 75th anniversary of Captain America, the 19th annual Superhero Kung Fu Extravaganza and the Cartoon Network Costume Ball.

Comic-Con puts the cap on a big month for San Diego tourism, in which thousands of visitors were lured to town by the July 4 holiday weekend, baseball's All-Star Game, the Over-the-Line Tournament and the San Diego Pride Parade and Festival.

Officials are urging the use of public transit because of the huge crowds of attendees and gawkers expected in downtown San Diego over the next few days. The Metropolitan Transit System will run Blue and Green line trolleys every 7 1/2 minutes during peak periods, with the last trains leaving downtown after midnight. The Convention Center and Gaslamp stops provide access to the venue.

The MTS has also printed a limited quantity of commemorative Comic-Con day passes.

North County Transit District officials said they will add a northbound Coaster train that will leave the Santa Fe Depot in downtown San Diego at 9:15 p.m. Amtrak will not accept Rail-to-Rail service with Coaster fares during Comic-Con.

For those who don't attend, this is the first year for Comic-Con HQ, a video on-demand service in partnership with Lionsgate that will remain free through Monday. During the four days of the event, the service will include airings of select panels, access to the convention floor, the masquerade ball and the Eisner Awards, according to Comic-Con officials.

The ad-free streaming service is available at www.comic-conhq.com/landing for computers and iOS/Android devices.