Classroom Hero Well Beyond The Classroom 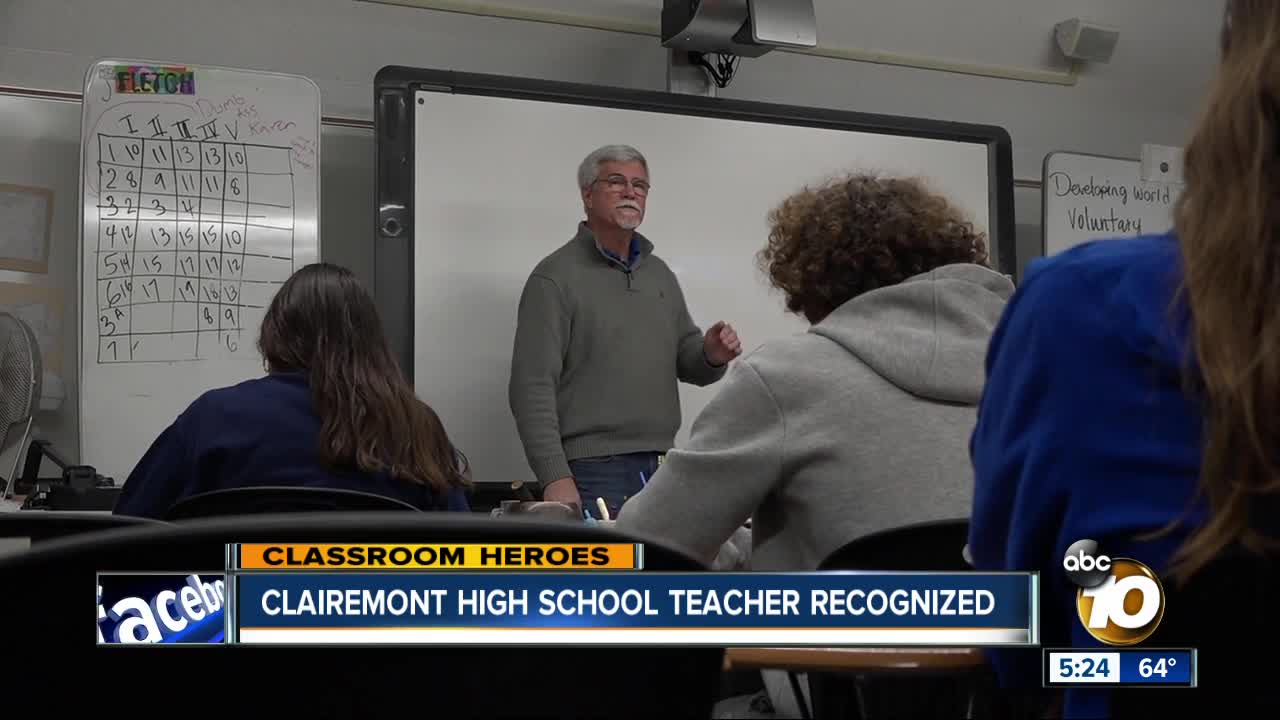 A Clairemont teacher is being recognized.

SAN DIEGO (KGTV) - A Clairemont teacher is the SDCCU Classroom Hero for December.

This current events lesson at Clairemont High School in San Diego had a traditional air but 10News soon learns Mr. Fletcher, or just Fletch as his students like to call him, is a teacher beyond molds. He escorts us a few doors down to the school's Presidential Library.

"How did you get all this together," 10News anchor Jim Patton asked Fletcher, amazed at how every inch of the space appeared covered in memorabilia from every presidential election in U.S. History.

"I'm a beggar of pretty mammoth proportions," replied Fletcher. "I started collecting when I was the students' age. So, I used my collection in the classroom and the students said, you know, Fletch, you should start a museum. And I said, 'Well, how about we start a museum?'"

Fletcher says there are now more than 40,000 pieces, filling part of the campus' main library. Among his favorites, a wooden ratchet noise maker from Teddy Roosevelt's 1904 campaign.

"It still makes more noise," said Fletch, as he spun the ear piercing device, "then you want to have made in a small room like this!" Along with the noisemaker, Fletcher says almost all the items on display are hands-on for students.

"They're able to take things off the wall. Take things out of the case; handle the things. Because that's the way that you find the glory of history; is actually touching something from the material culture of America."

While bringing history to life, Fletcher and his students are also bringing a portion of the campus to life.

"We have probably 15 different fruit trees; from citrus to guava," said Fletcher. "We have a banana tree. We have four apple trees."

Fletcher said students volunteer to tend the garden every Saturday while others are inspired with the opportunity to make up for a tardy or missed time in class. Whatever the motivation, Fletcher said there are intrinsic rewards.

"When you plant a seed and it grows and turns into a sunflower or a melon... I mean how is that not the best thing that happened to you that month?"

"Some kids that have struggled here at Clairemont High School need a Fletch. And he's there for them," said Fulton.

Asked about his key to teaching, Fletcher said, "I like to remember that students are first people and secondarily learners. And we try to learn together."

Among other things, Fletcher also started a film class. And created a scholarship in which students nominate other students based on their acts of kindness.