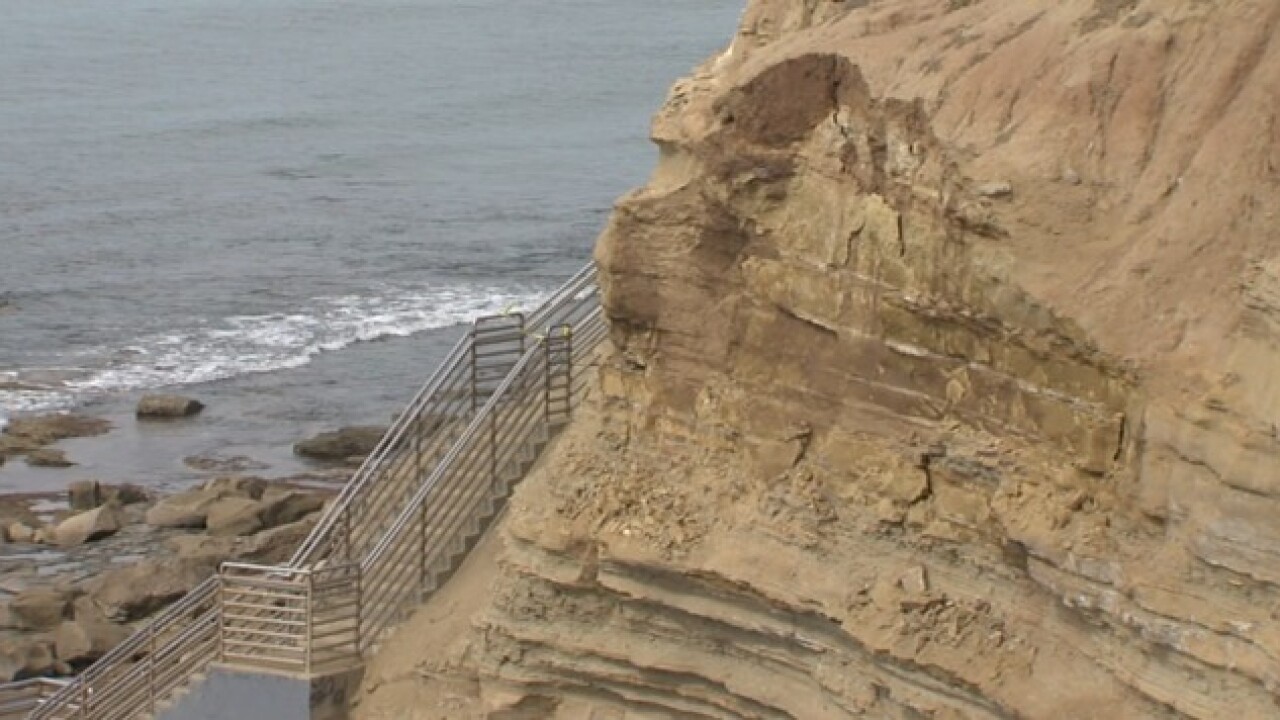 SAN DIEGO (KGTV) - A popular Sunset Cliffs surf spot is off limits after part of the bluff collapsed.

The cliff gave way sometime before dawn Tuesday at the bottom of the Ladera St. staircase, near Sunset Cliffs Park.

San Diego City crews and a geologist inspected the damage Tuesday afternoon. They did not indicate how they plan to remove the fallen debris or stabilize the cliff.

“It doesn't look bad. It's just debris that fell, part of the cliff fell down there. It's like rocky dirt and it's not bad at all. It’s pretty accessible still,” said surfer Grant Cheek.

The City said the staircase will be closed indefinitely.