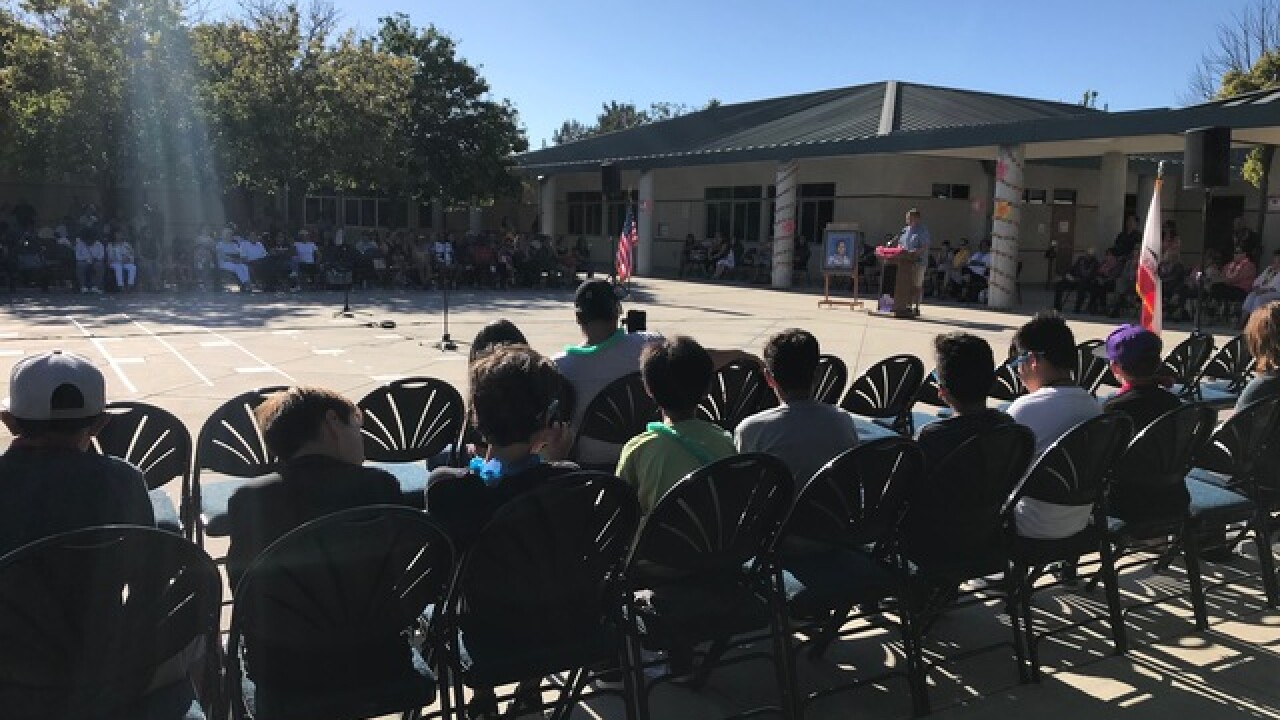 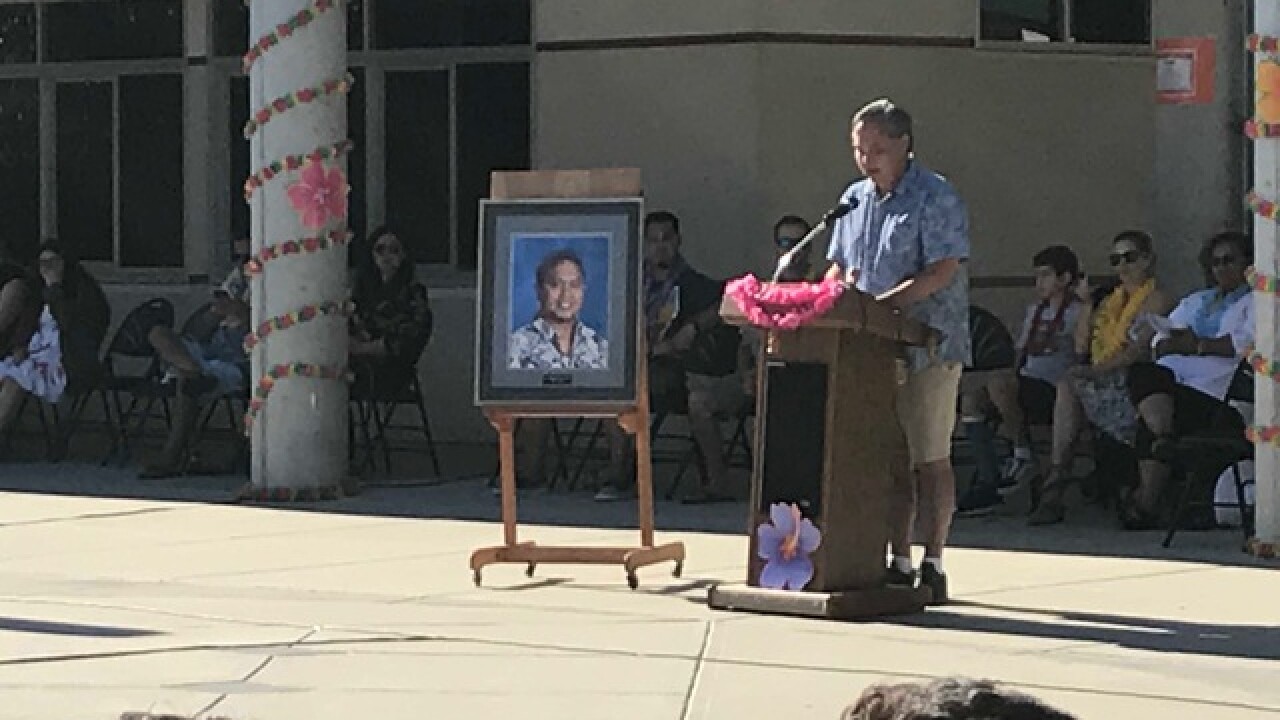 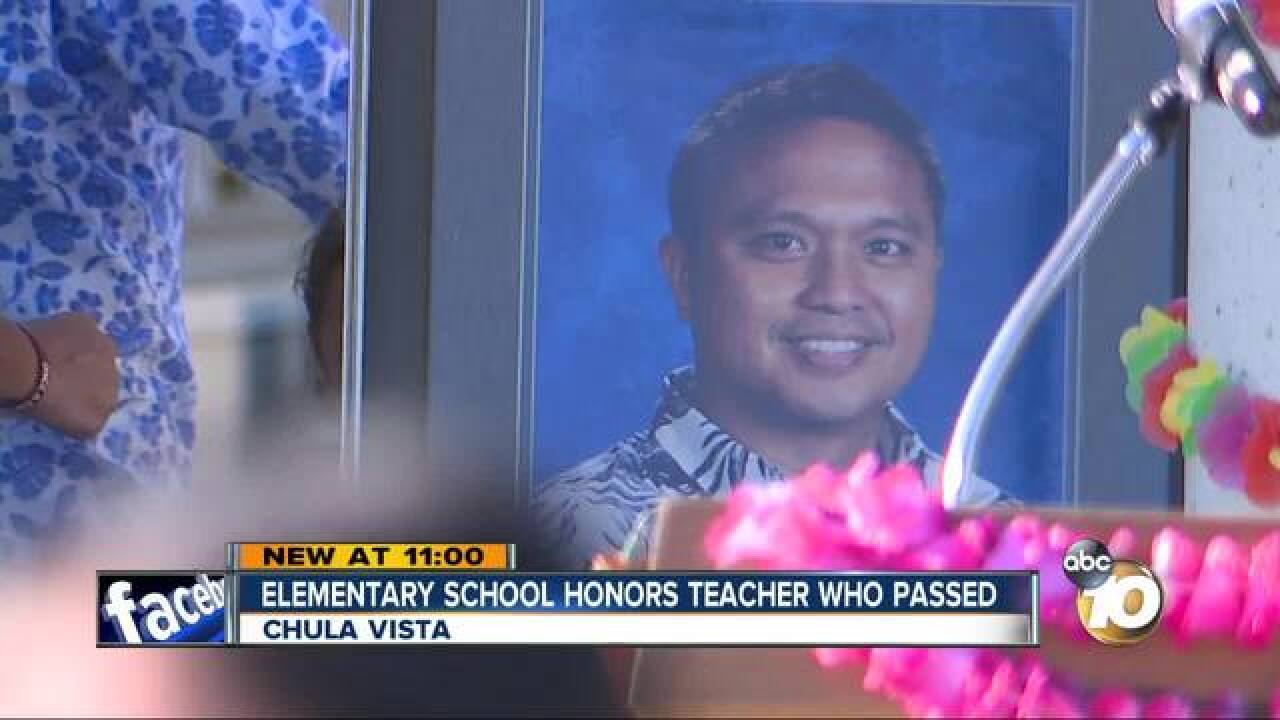 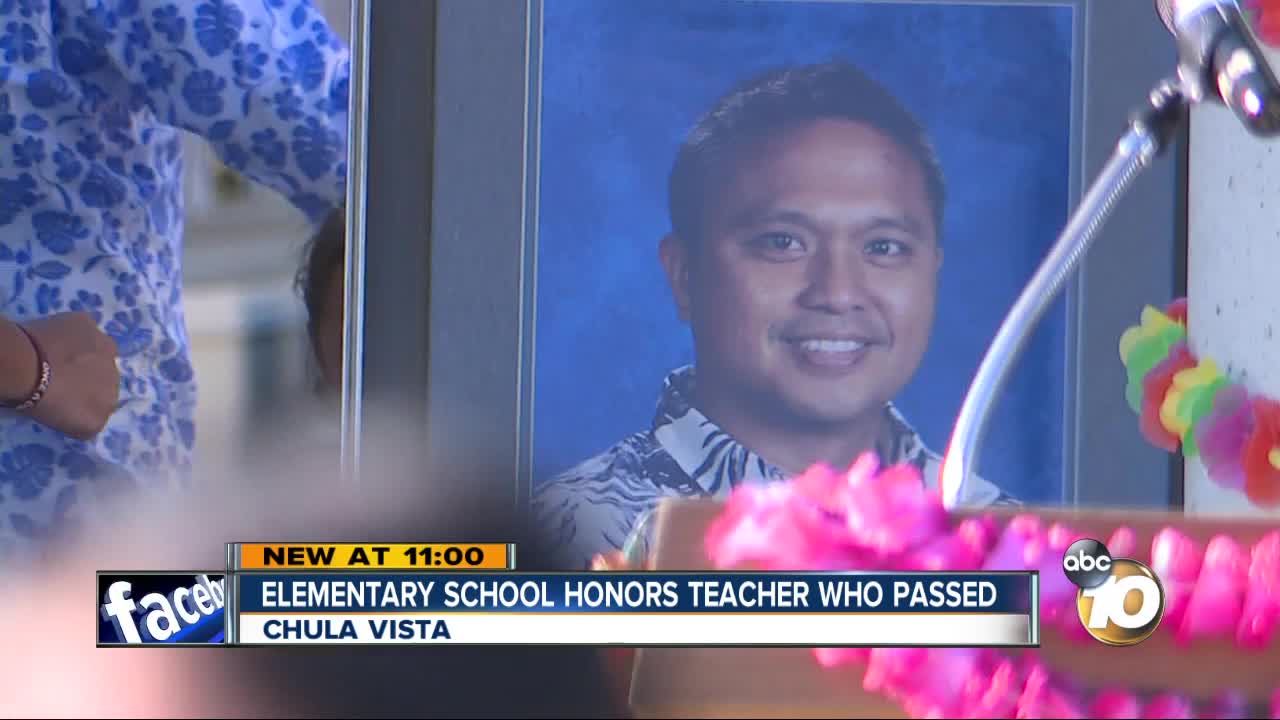 CHULA VISTA (KGTV) - A Chula Vista elementary school honored a teacher who passed away in August, during their 20th anniversary celebration.

"He's one of the teachers that really impacted my life," Former Student Elizabeth Gador said.

Sison's photo was placed prominently next to the podium during the celebration. He passed away August 24 after a sudden trip to the hospital due to a health condition.

Students and staff say he was passionate about education, "he incorporated his own style and made it fun so we would enjoy being in his class," Gador said.

Kane said there was an instance where a student needed shorts for gym class and didn't have any; Sison who was a coach, had years of uniforms and brought several pairs of shorts for the student. This is just one of the countless stories of the lengths students and staff said Sison would go to help students succeed.

"He was kind of like my uncle or my second dad because I used to always come to him for advice," Gador said.

Sison's family created a memorial fund to help students go to camp or play sports. Friends and family now holding on to the lessons he taught them over the years.

"It is how hard you can get hit and keep moving forward," Kane said.

"If I work hard I will be rewarded," Gador said she changed her entire perspective on school because of Sison. She said she didn't try before his class and he inspired her to be the best she can be.

Casillas honored Sison by naming the field after him and hanging his portrait in the auditorium.

Kane said Sison would want everyone to remember him and move forward.