Chula Vista police: Officer was assaulted before teen was taken down 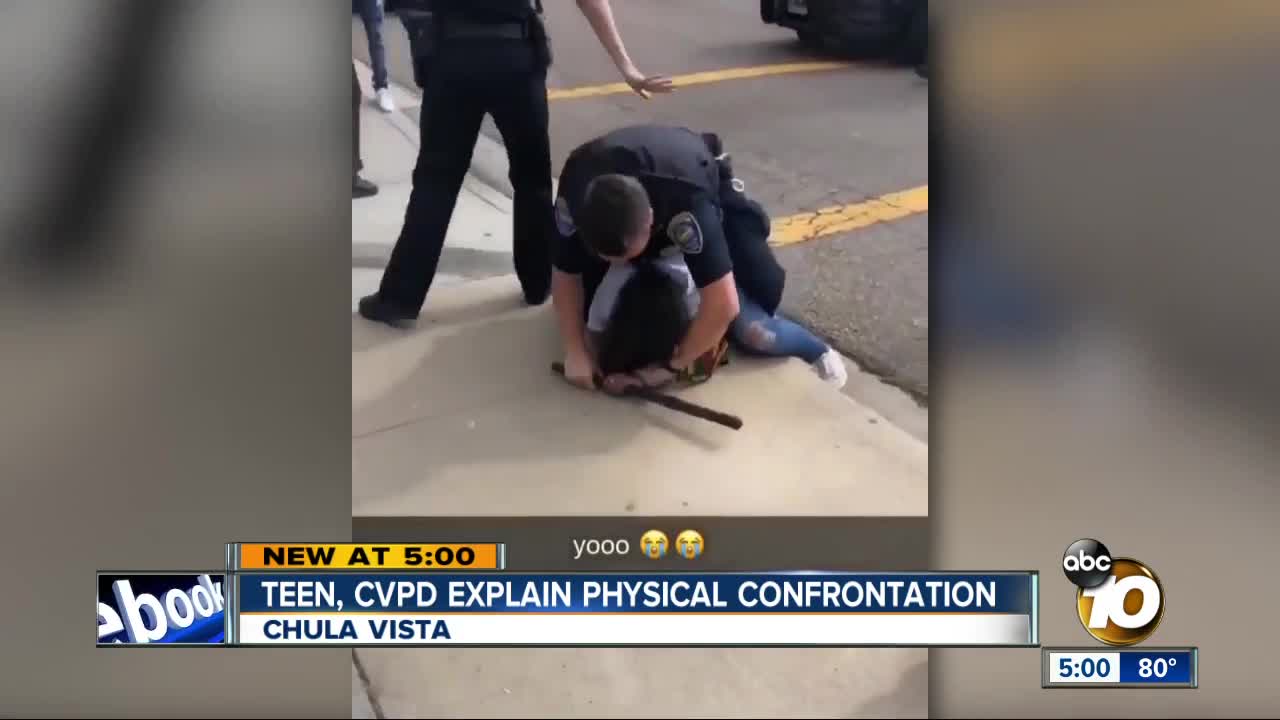 A video showing a heated and physical confrontation between teenagers and police officers at a Chula Vista park has prompted an investigation. Today, both police and the teen are giving their accounts of the confrontation. 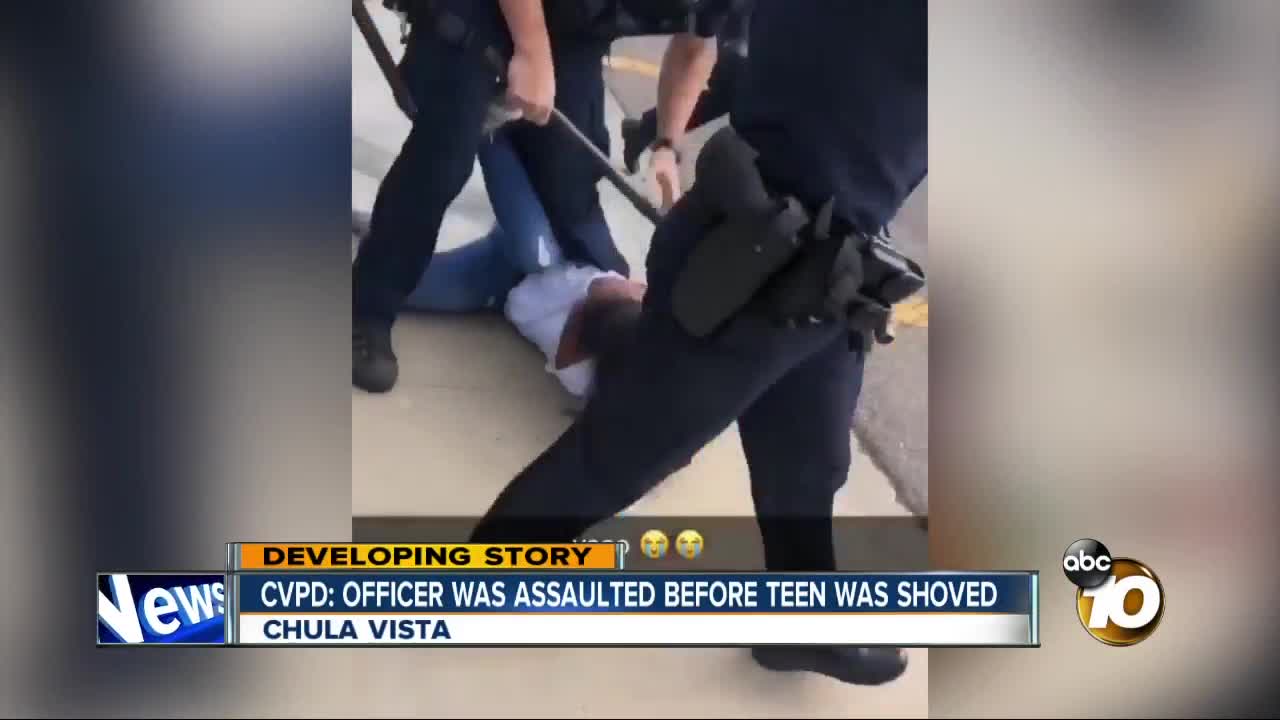 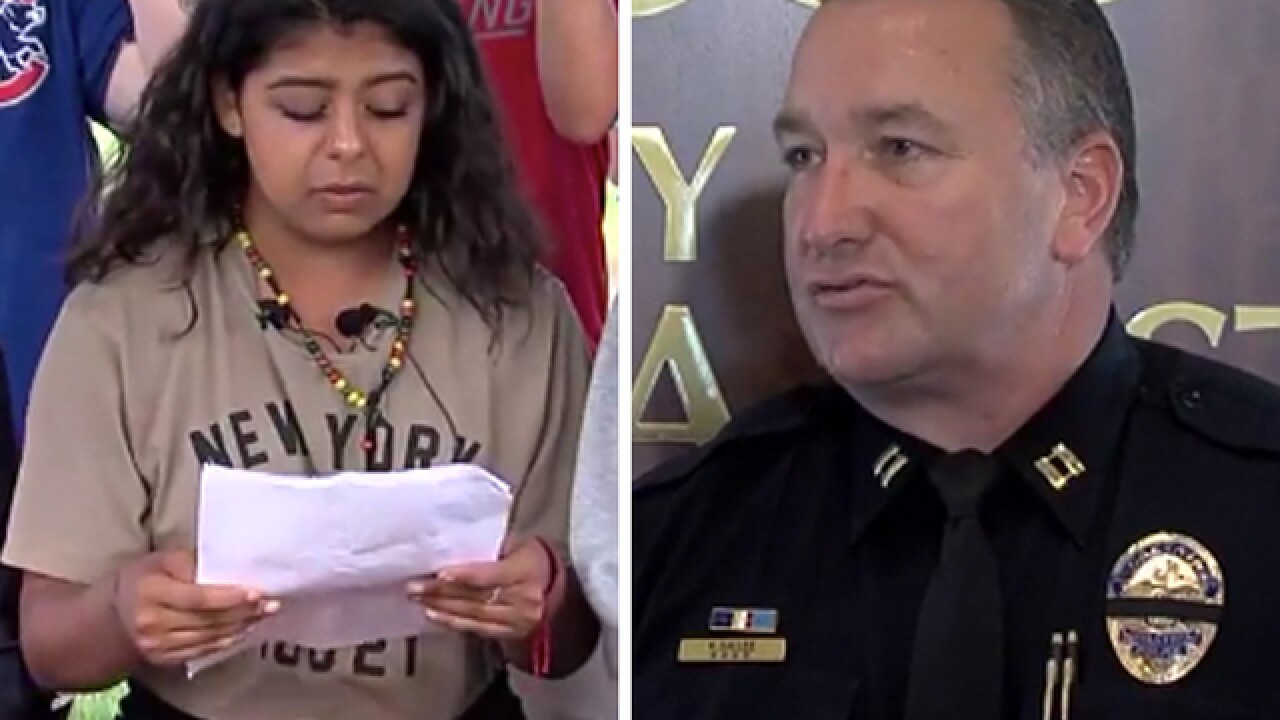 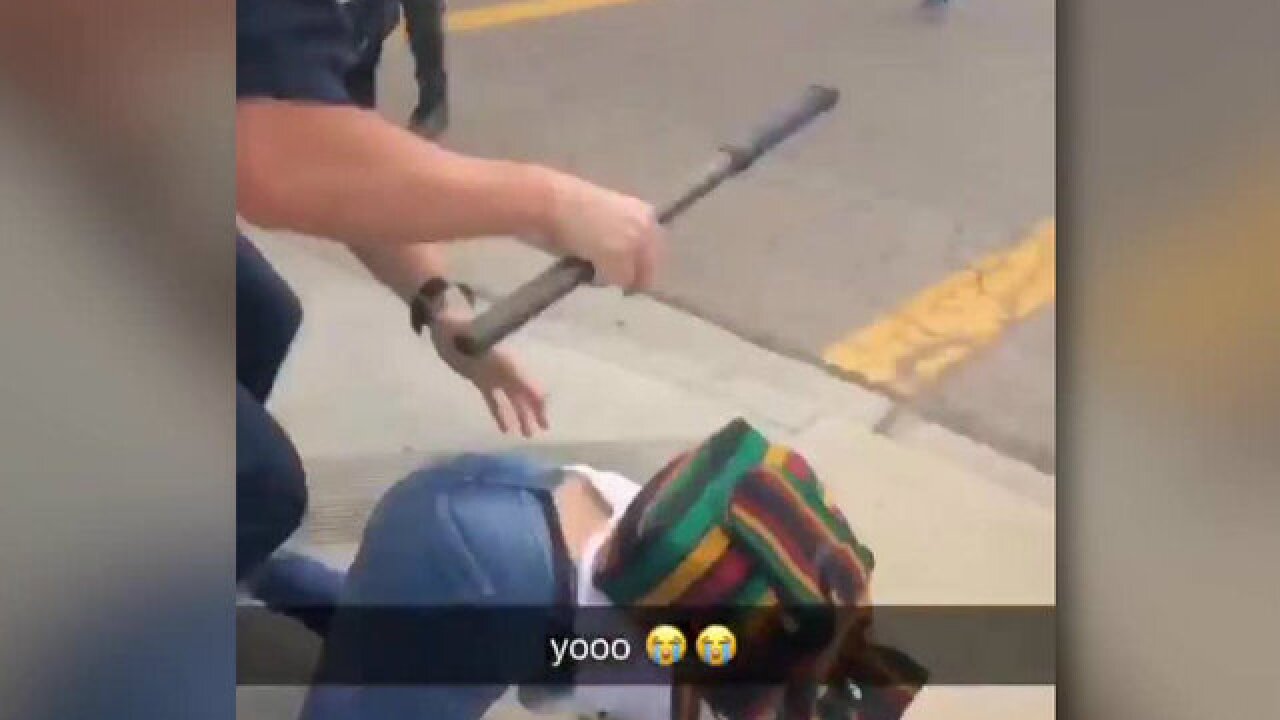 CHULA VISTA, Calif. (KGTV) - A video showing a heated and physical confrontation between teenagers and police officers at a Chula Vista park has prompted an investigation.

In a Snapchat video captured on Aug. 15, a teenage girl is seen being knocked down by a Chula Vista police officer.

However, CVPD Capt. Vern Sallee told 10News the video does not tell the full story. He said the incident began when an officer patrolling SDG&E Park on Hilltop Drive reported seeing a teen flashing a gang sign.

“It was a very tense and fluid situation. We understand the public’s concern, and we don’t take this lightly,” Sallee said.

According to Sallee, when more officers were called in for backup, the situation escalated. Chula Vista Police gave a press conference to discuss their investigation of the video:

In the video, a girl is seen holding a water bottle before she is taken down by a male officer.

“Immediately precipitating the officer’s use of force on the 16-year-old, that 16-year-old threw an empty plastic bottle directly into the chest of a female sergeant,” Sallee said.

Four juveniles, including the girl who threw the bottle, were arrested on charges that include failure to obey a police officer and battery and assault on a police officer, CVPD officials said.

The girl, who identified herself as a 16-year-old girl named "Liz," also gave a press conference Friday to discuss her account of the arrest:

The department has launched an investigation into whether the officer’s actions were justified.

“The Chula Vista Police Department holds our officers to the highest levels of standards, and we will investigate this thoroughly and hold any officer found to have violated policy or law … they will be held accountable,” Sallee told 10News.

The officer in question has been transferred to desk assignment and will not be in the field until the investigation is complete. CVPD says that process could take a month.