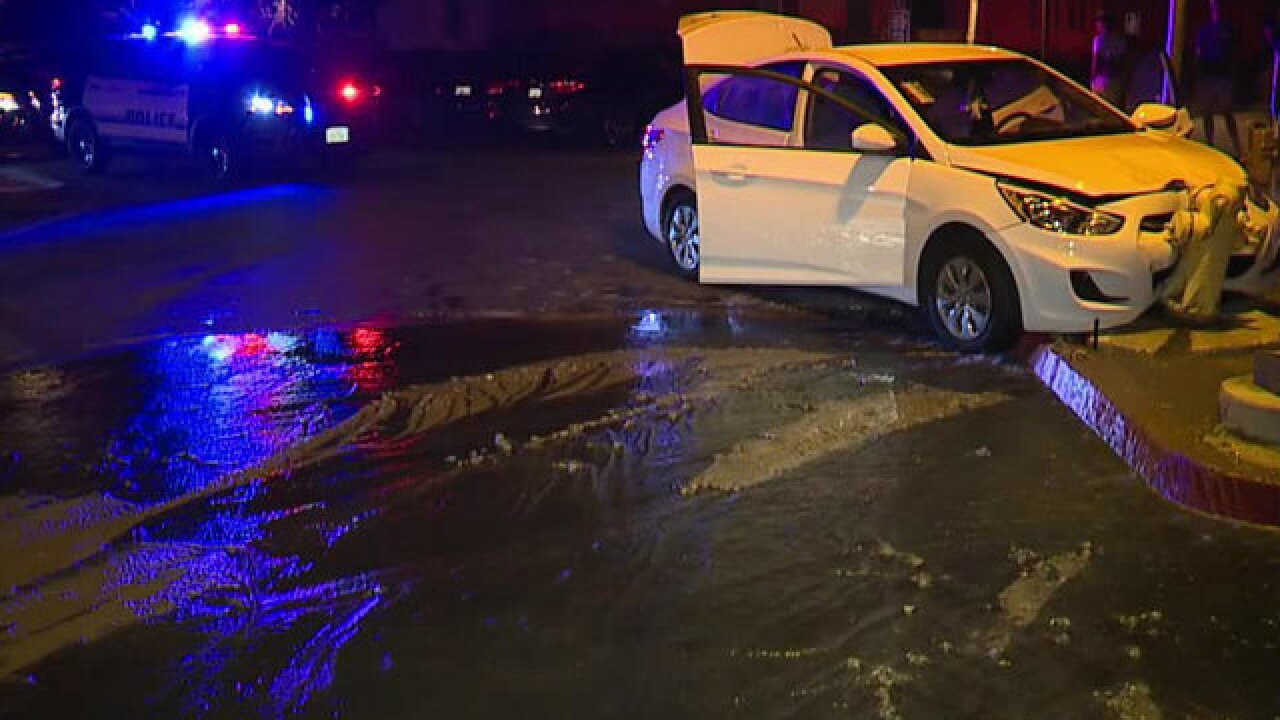 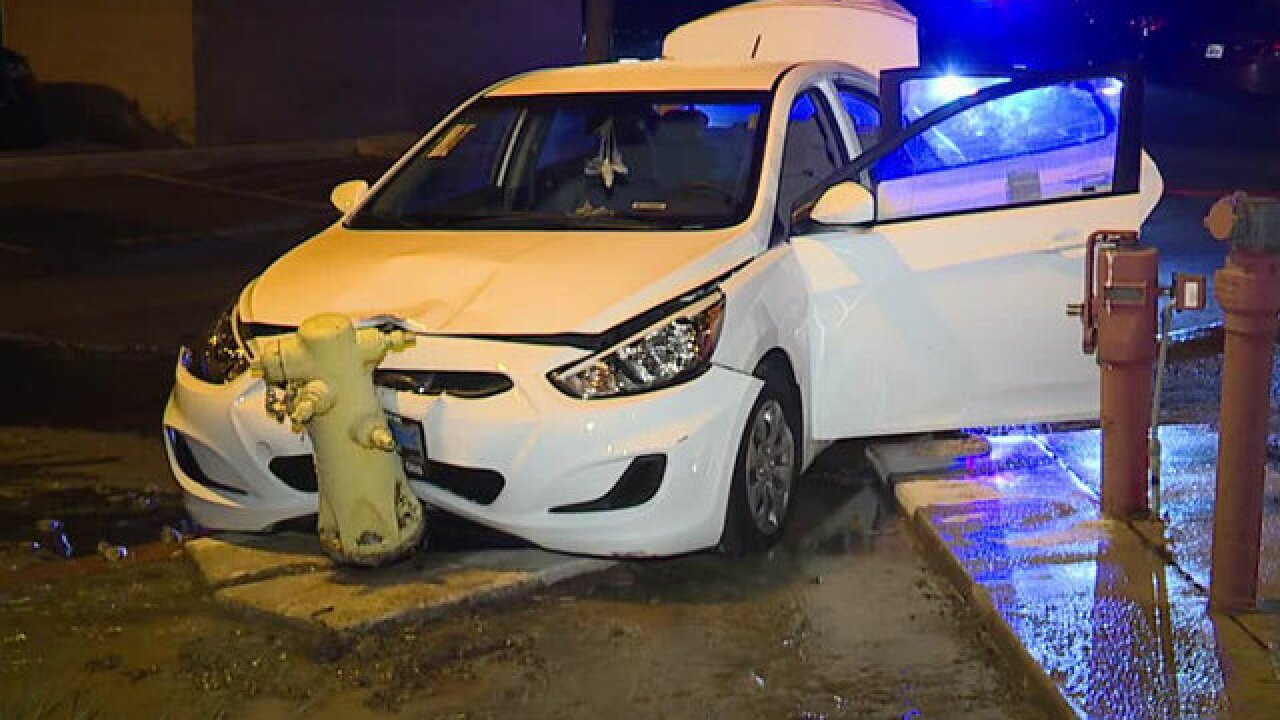 CHULA VISTA, Calif. (KGTV) - A chase through the South Bay early Friday morning ended when a car crashed into a fire hydrant at an Eastlake apartment complex.

10News learned National City police tried to pull over a car on Potomac Street at around 1:30 a.m., but it sped away and entered eastbound state Route 54 at a high rate of speed.

Police pursued the car on SR-54, and then onto southbound SR-125, before it exited on Otay Lakes Road in Chula Vista.

After making his way onto Eastlake Parkway, the driver entered an apartment complex but crashed into a fire hydrant, sending water into the street.

The driver ditched the wrecked car and ran into the complex, but officers located him and arrested him on undisclosed charges a short time later.

There is no immediate word as to why police tried to pull the driver over in National City.