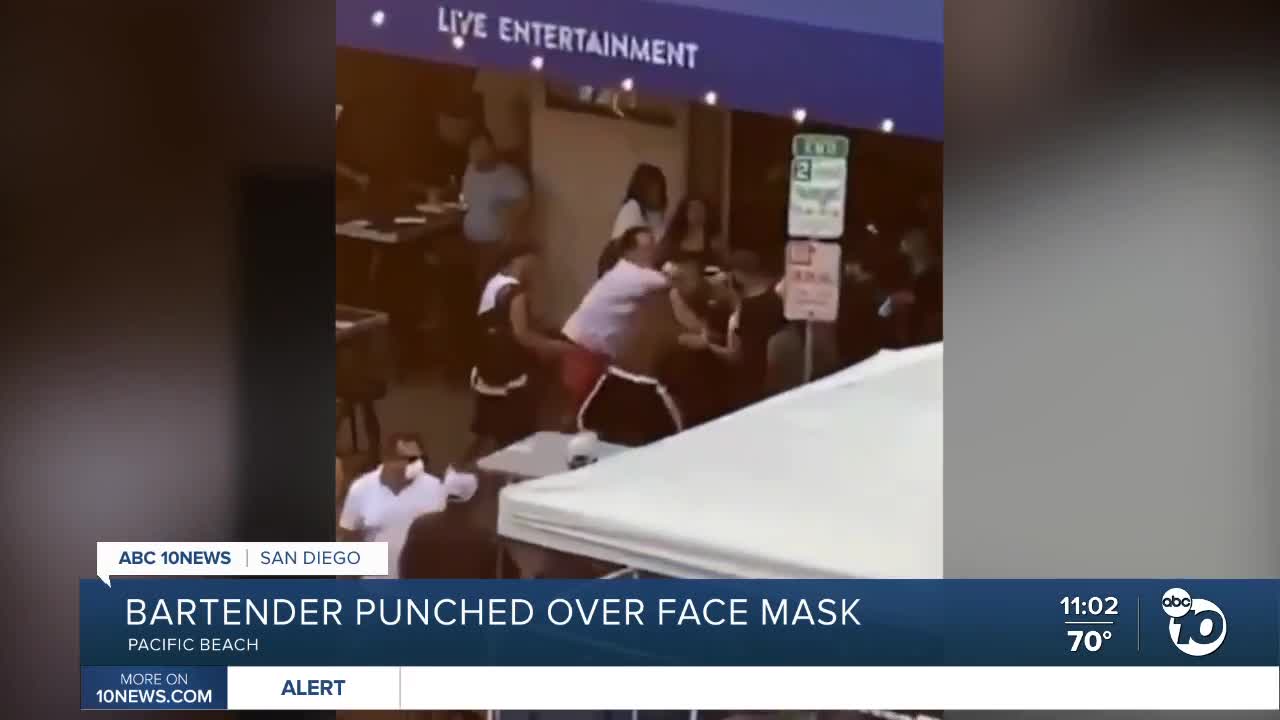 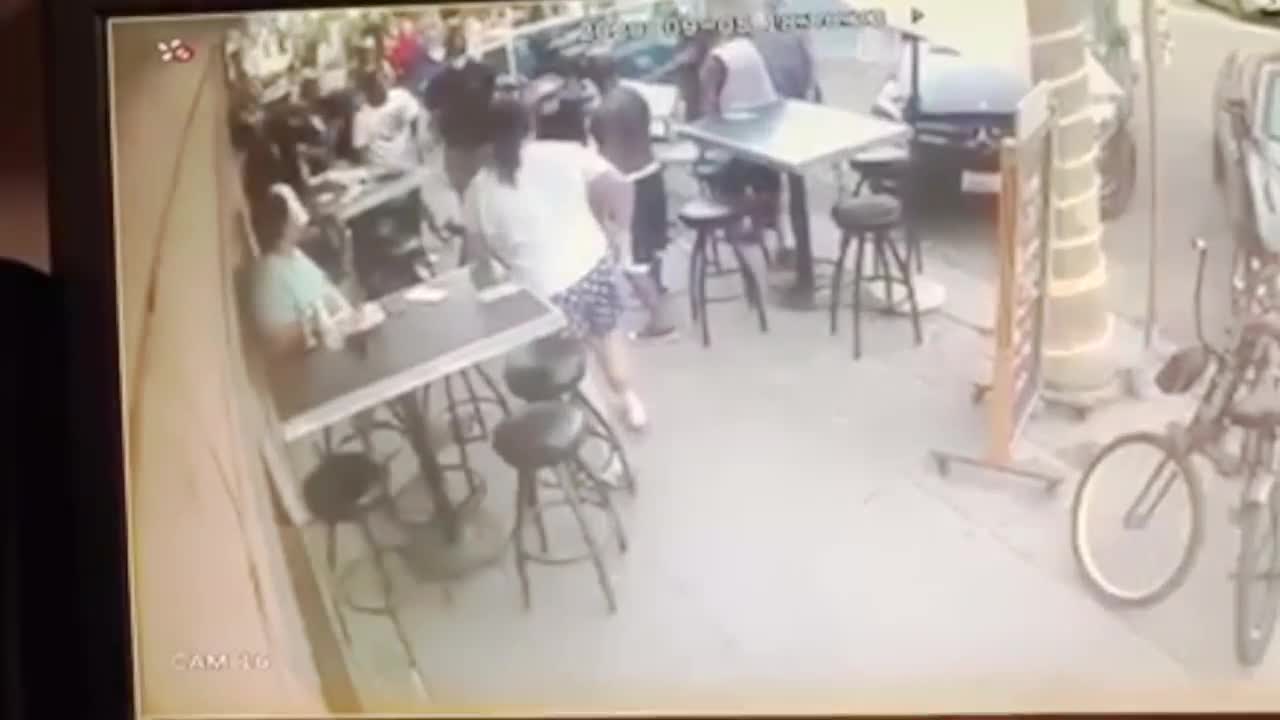 SAN DIEGO (KGTV) - A Pacific Beach bartender was sucker-punched by a man he said refused to wear a face mask.

Tony Aversa, bar lead at 710 Beach Club, said he was working on Saturday, Sept. 5, when he noticed a confrontation at the door around 7 p.m.

He says he walked over to the three men and, "I just asked them to please put on a mask and I'll happily help you with whatever you need ... The guy just refused and continued to argue blatantly within inches of my face with no mask on."

A female bartender walked over and Aversa said the man shoved her, so he put himself between the man and his coworker.

That's when Aversa said another member of the combative group came running.

"He was walking away at the time and came running back down the sidewalk and blind-sided me with a punch ... Immediately, you could tell my nose was broken, I was gushing blood and I knew immediately what had happened, I kinda spun around and asked one of my employees to call the cops," Aversa said.

He said an officer was there within a few minutes and walked with him, finding one of the men. Bystanders said the man who threw the punch got into a car and sped off.

When we asked if Aversa had anything to say to the man, he said no.

"I just want to see him put to justice at this point," says Aversa.

Aversa will be seeing a surgeon later this week for his broken nose.

"The right nostril is collapsed I can't breathe out of that and then the sinus cavity on my cheek got fractured so the inside of my mouth and teeth are bruised so I'm drinking smoothies for another week," he said.

Aversa hopes this doesn't happen to anyone else and that others can be kind during this difficult time.

"I didn't sign up for this job to be a mask babysitter ... That's not what any of us want to do but it is what we have to do to stay in business," says Aversa.

Seven months into the pandemic, assaults on workers trying to enforce state guidelines have gone up. In August, Illinois Governor J.B. Pritzker passed a law making these assaults felonies to protect workers.