LaChappa suffered a heart attack in 1996 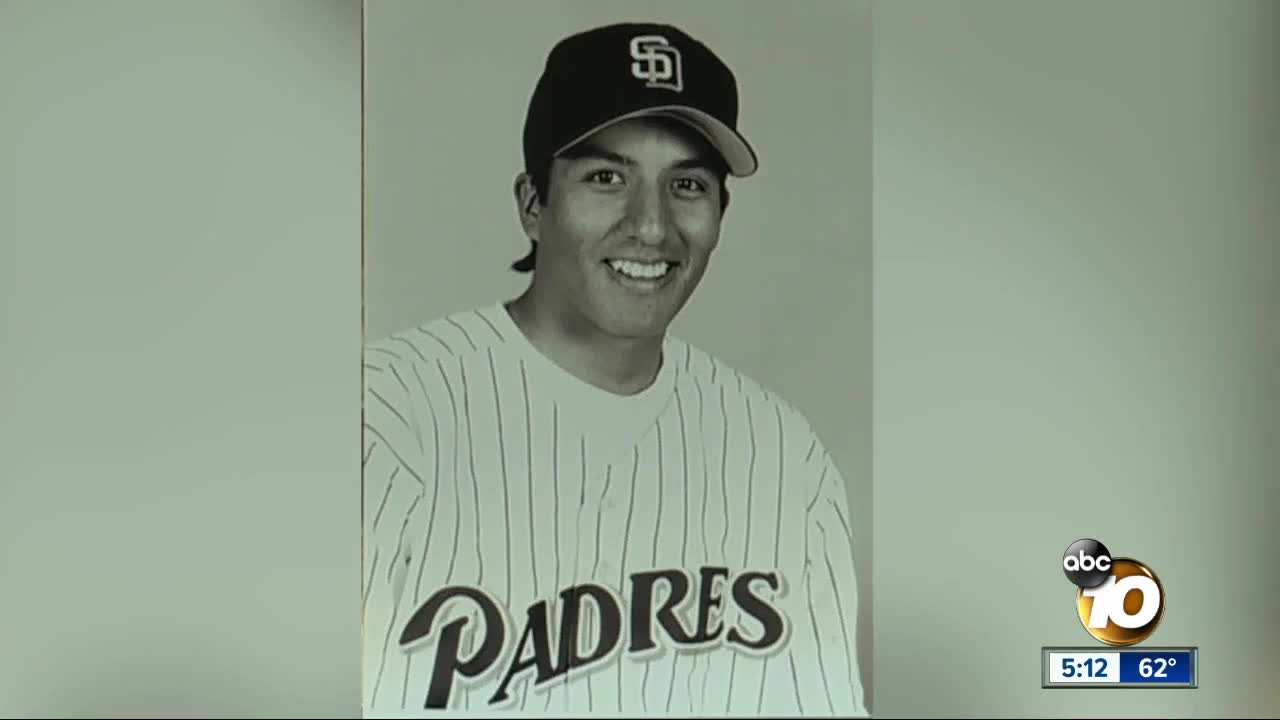 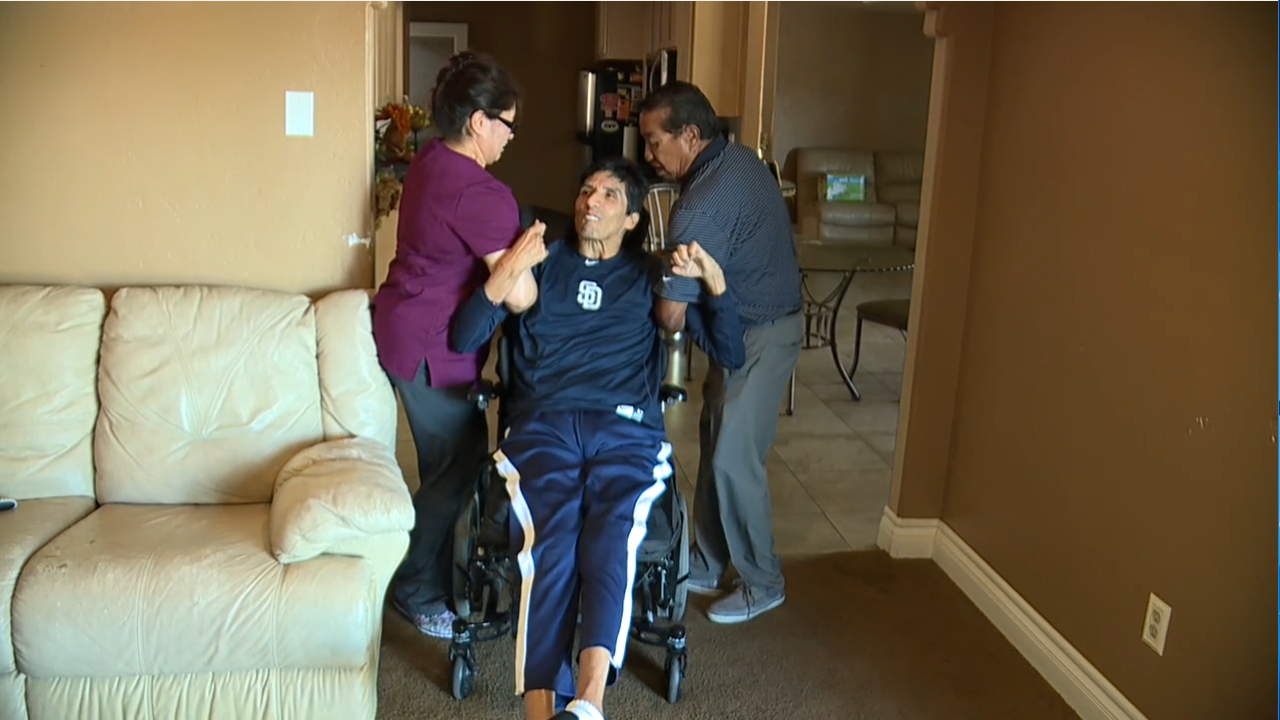 With a 95 mile-per-hour fastball and a 6'3" frame, LaChappa was precisely the kind of prospect the San Diego Padres were looking for.

The team drafted him out of high school in 1993, and they found him in an unlikely place: the Barona Reservation.

"Matt was like any other kid on an Indian Reservation, a lot of poverty," said his father Clifford LaChappa.

The elder LaChappa admits he never expected to see his son go from the ball fields at Barona to the second round of the MLB draft, then to a promotion on the Padres Class A Advanced farm team, which at that time was the Rancho Cucamonga Quakes.

"He was pegged to make it, but God had other plans for him," Clifford LaChappa said.

While Matt was warming up in the bullpen during a game on April 6, 1996, he suffered a heart attack. He spent months in a coma.

Today, he's 44 years old and living with a brain injury. He can speak a few words, like "hi Dad," with difficulty.

"He can't get up, he can't walk," Clifford LaChappa said. "He can't shave or shower."

That's where his first tribe comes in. Family members and caregivers provide Matt with round-the-clock care.

But behind the scenes, there's a second team in Matt's corner.

Every year since he collapsed, the Padres have signed Matt to a rookie contract so that, in part, he has ongoing access to medical care.

"They're totally our family," Clifford said. "They're always there for Matt."

Matt LaChappa now has a little league field named in his honor in Lakeside, and he gives right back to the community that supports him. With help from the Barona tribe, Matt and his family host an annual charity golf tournament. The proceeds fund five academic scholarships a year for Native American students in San Diego County.

"Why was it important to do something like that?" I asked Clifford.

"Because of Matt," he responded. A few feet away, Matt howled.

"He's crying," Clifford explained. "Because Matt was a giver."

On the 25th anniversary of the day that changed Matt LaChappa's life, the Quakes invited Matt and his family to throw out the first pitch.

"When we got there, when we saw everybody clap, it was like a comfort. They really cared," Clifford said.

It was a sign of yet another tribe in Matt LaChappa's corner.