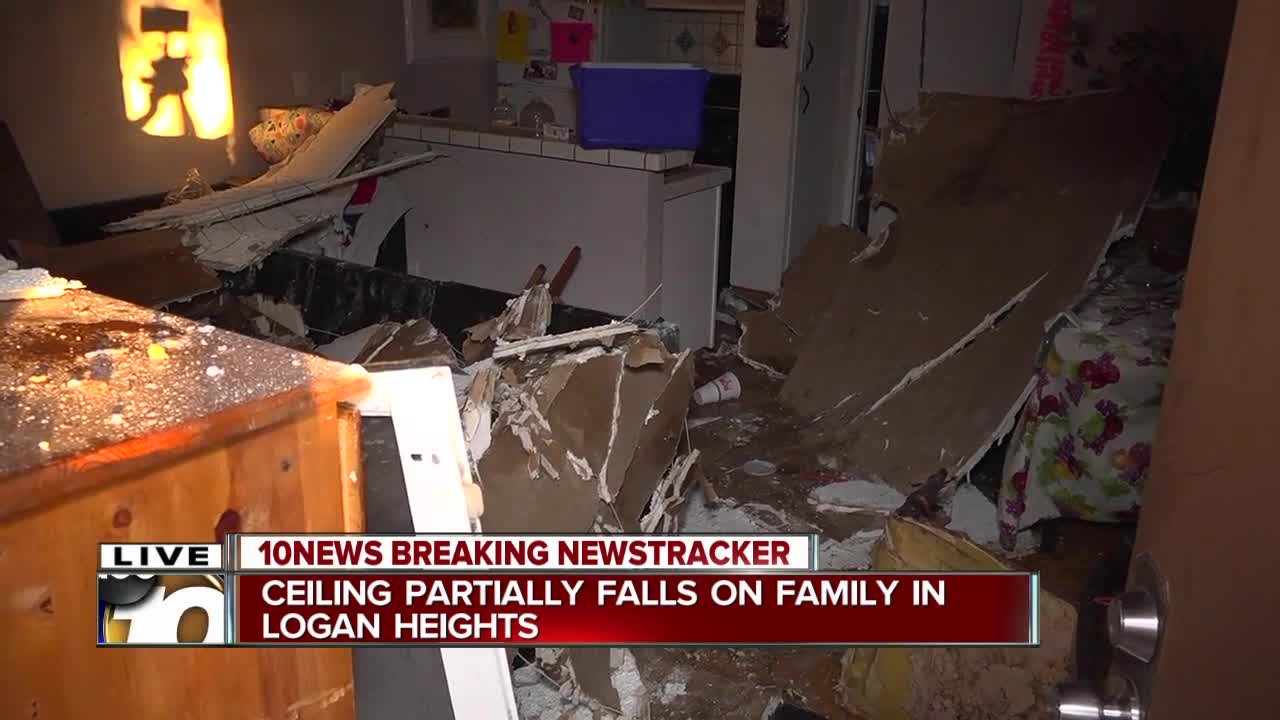 A clogged toilet could be to blame for a partial ceiling collapse in a Logan Heights apartment. 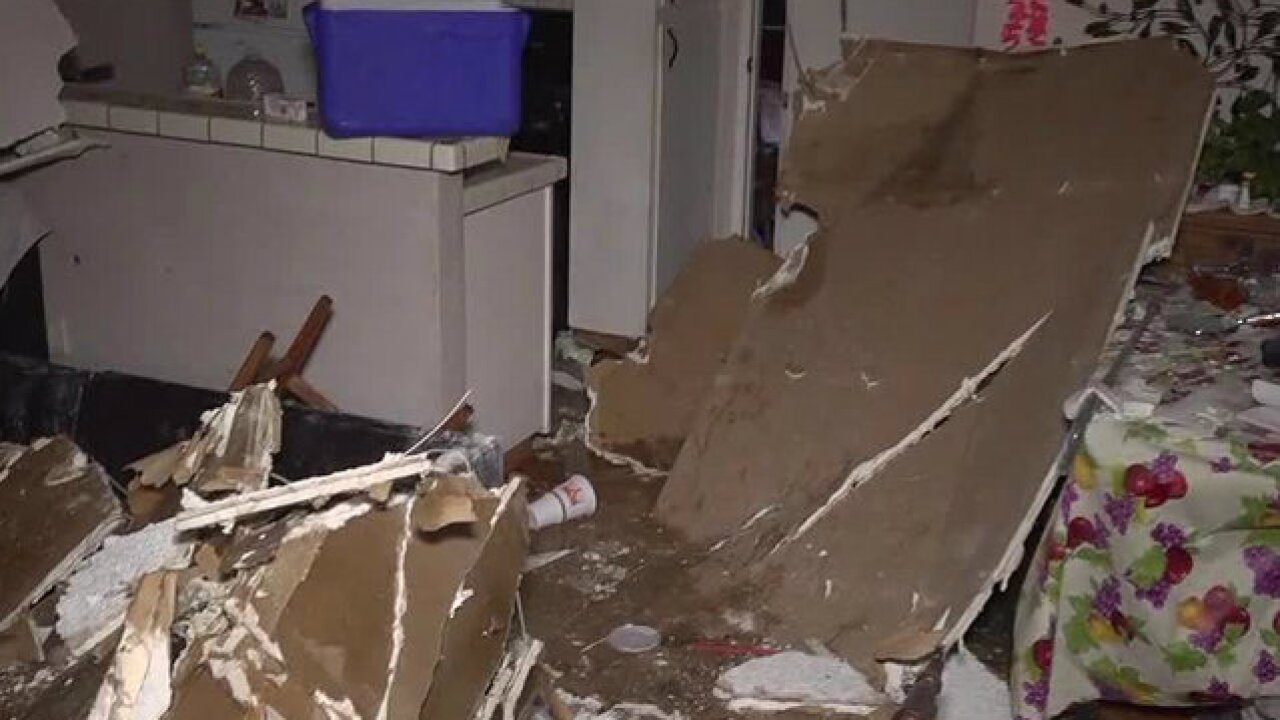 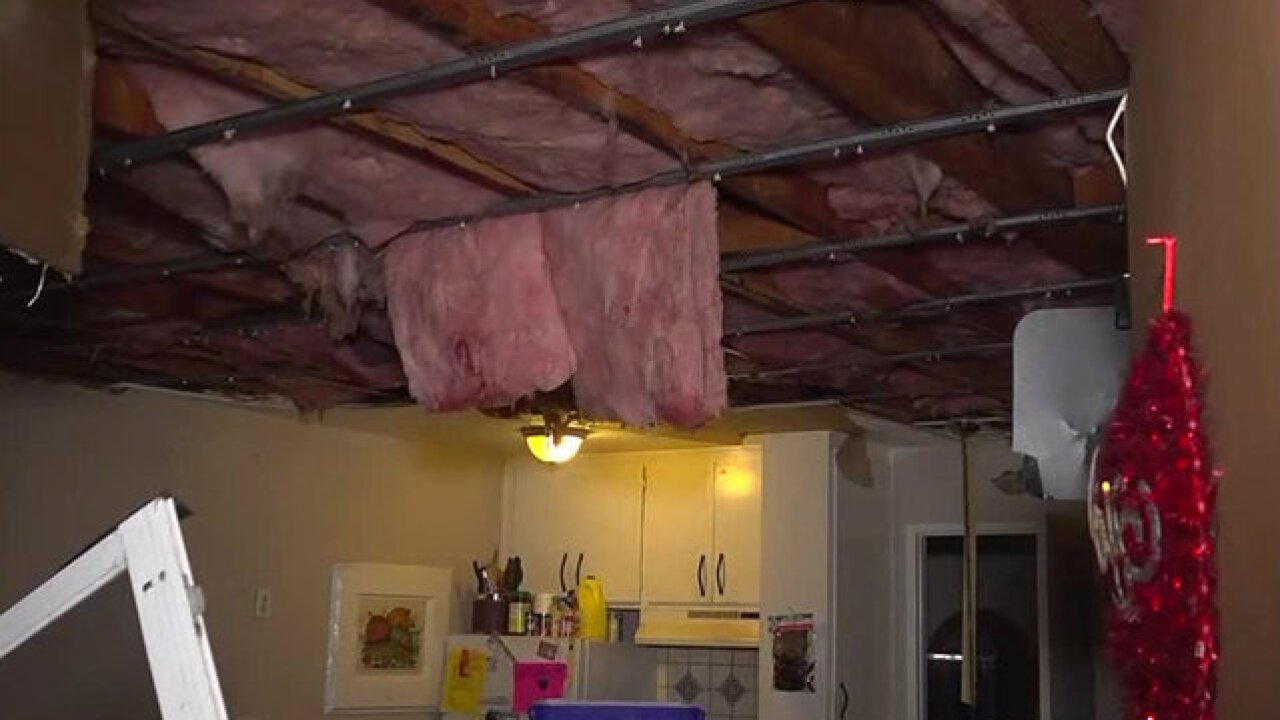 SAN DIEGO (KGTV) - A family escaped certain injury Tuesday morning after the ceiling in their San Diego home partially collapsed, likely from a water leak that stemmed from a clogged toilet.

The incident was reported shortly before 5:45 a.m. at a Logan Heights home in the 1800 block of Julian Avenue.

Kathyrn Koeninger and her mother Margaret claimed they’ve asked their landlord to have the toilet in their second-floor unit repaired for more than a month, but they told 10News their requests have never been fulfilled.

“The landlord told my mother that we should wait until the morning because there was no plumber available,” Kathryn Koeninger said.

Sergio Gomez, who lives in the unit directly downstairs, knocked on Koeninger’s door just after 3 a.m.

“Woke me up and he said his ceiling was leaking, and I got up and I was standing in 2-and-a-half inches of water,” said Koeninger.

A plumber came to Koeninger’s home soon after, but the news he gave was not too comforting.

“He told my mom that it might collapse if it gets wet again,” Koeninger said.

Hours later, the ceiling partially collapsed onto the unit directly below. The Gomez family members were not injured.

“First thing that came to my mind was my mom, so I got on top of her, it collapsed on my back and then it hit my legs,” said Gomez. “As soon as we came out another piece came down.”

Both families and several pets were displaced due to the collapse. The Red Cross is assisting the families until they can find a place to stay.

10News reached out to the landlord for comment, and he said everything was “getting taken care of” and he claimed no one ever complained to him before.

Crews were summoned to assess the safety of the structure.