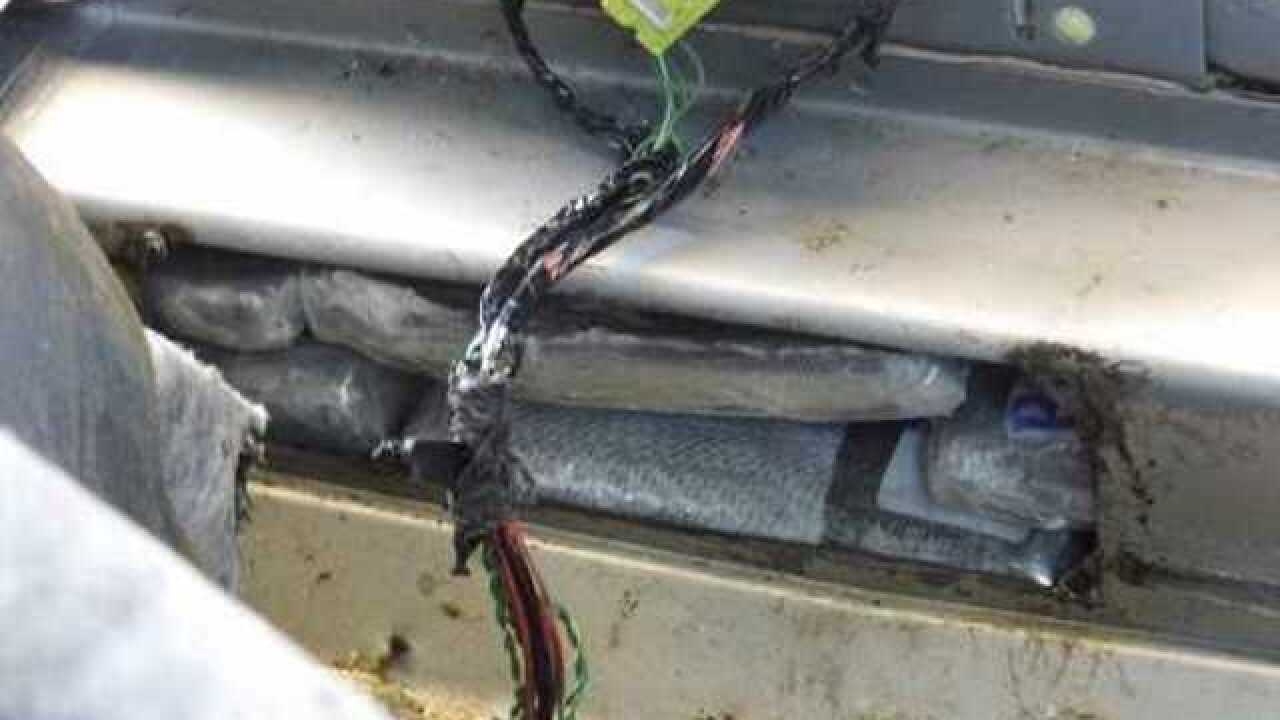 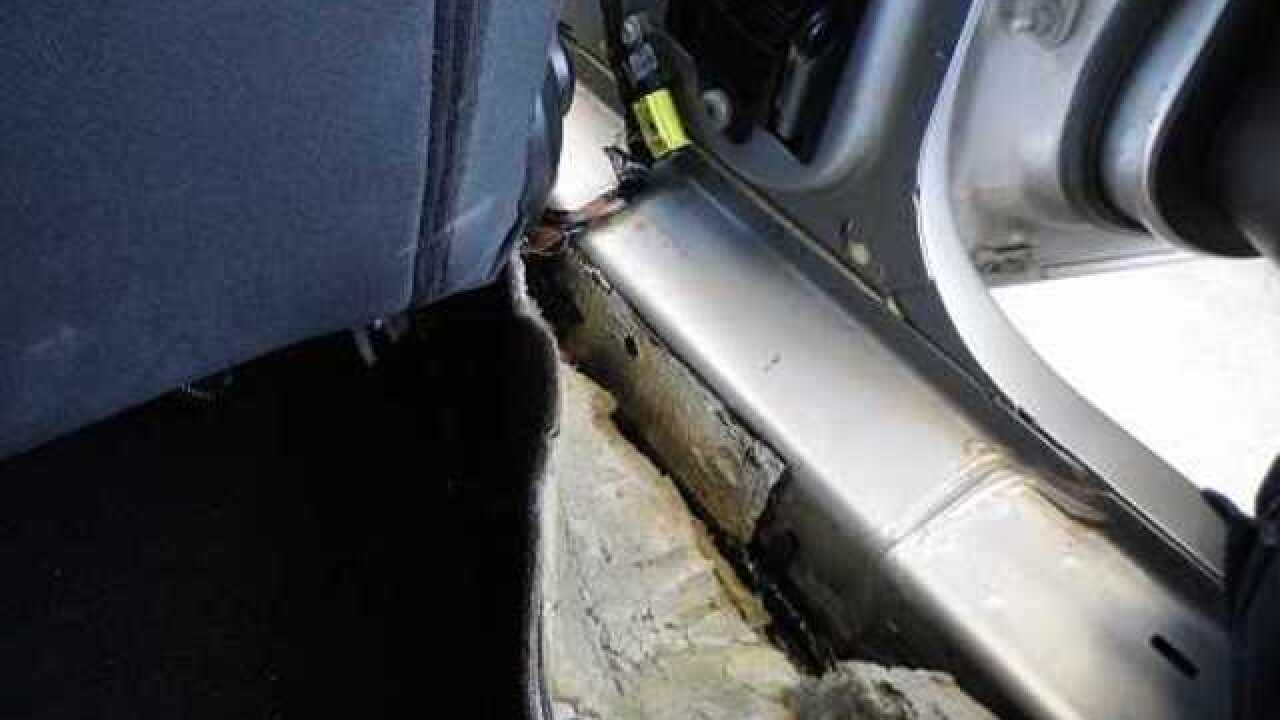 SAN DIEGO —An elderly woman was arrested at the Tecate port of entry Wednesday, carrying 92 pounds of heroin valued at more than $870,000.

“The cartels will try and manipulate anyone to smuggle their narcotics through the ports of entry,” said Pete Flores, the San Diego Customs and Border Protection Director of Field Operations. “CBP officers are aware of the many tactics used by the cartels and remain ever vigilant to stop anyone attempting to smuggle narcotics.”

CBP officers working at the Tecate border crossing encountered a 81-year-old woman, United States citizen when she entered the U.S. driving a 2011 Chrysler 200 at about 11:30 a.m. Wednesday. A CBP K-9 team was screening vehicles as they waited in line for inspection when the detector dog alerted to the driver side rocker panel.

CBP officers referred the vehicle for a more in-depth inspection and discovered and extracted a total of 34 wrapped packages of heroin from the vehicle’s rocker panels. The estimated street value of the heroin is over $870,000.

The woman was arrested and turned over to Homeland Security Investigations agents for further processing and CBP officers seized the vehicle.