Cause of mid-air damage to Mexican jetliner remains a mystery 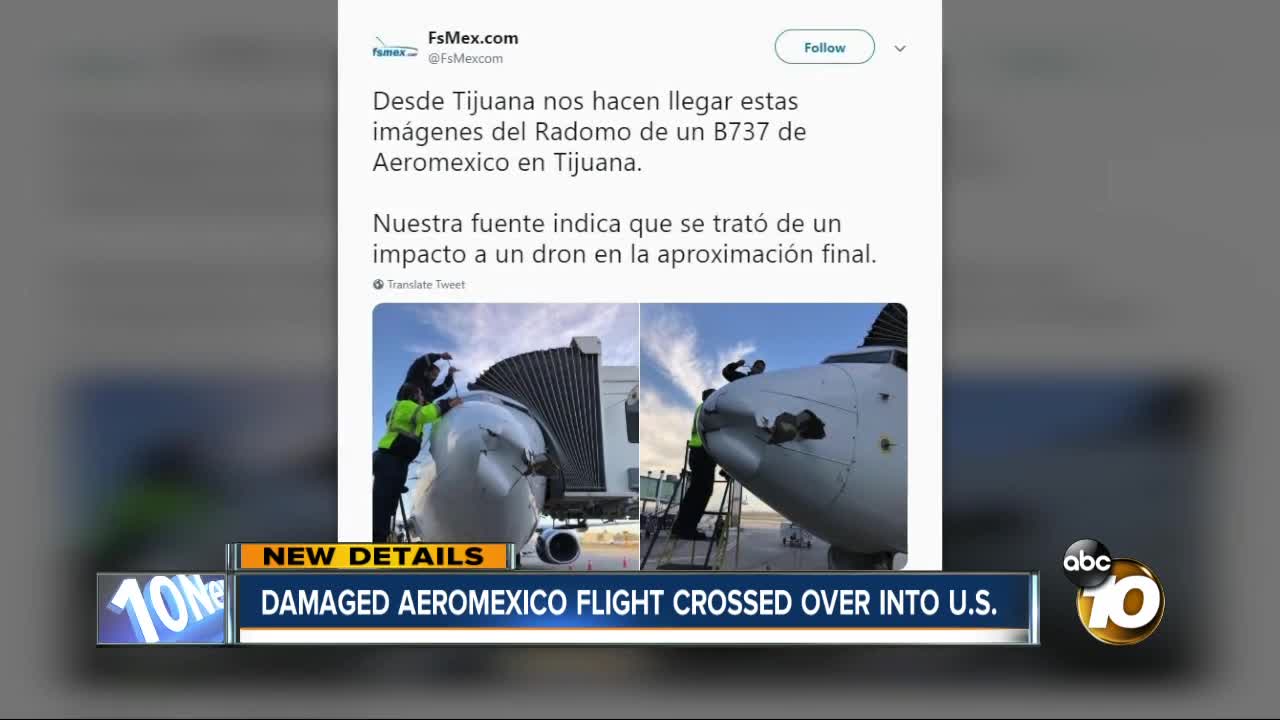 (KGTV) - Aviation investigators are looking into damage caused to a Mexican jetliner as it tried to land in Tijuana.

On Dec. 12, Aeromexico Flight 773 was approaching the Tijuana Airport when the nose of aircraft reportedly ripped apart.

Photos shared on social media show extensive damage to the plane’s nose, but no injuries were reported.

The flight was from Guadalajara, but flight tracking website FlightAware showed the plane did not take its usual course. According to the tracker, the Aeromexico flight instead flew into the U.S., over a flight-restricted zone along the U.S.-Mexico border.

The Federal Aviation Administration (FAA) said the restricted zone has been in effect for weeks, but added it is possible the zone could have been renewed or modified on Dec. 12.

Meanwhile, Mexican media sources have speculated a dronestrike caused damage to the plane, but investigators have not confirmed what led to the damage.