Still no resolution on Carlsbad Measure A 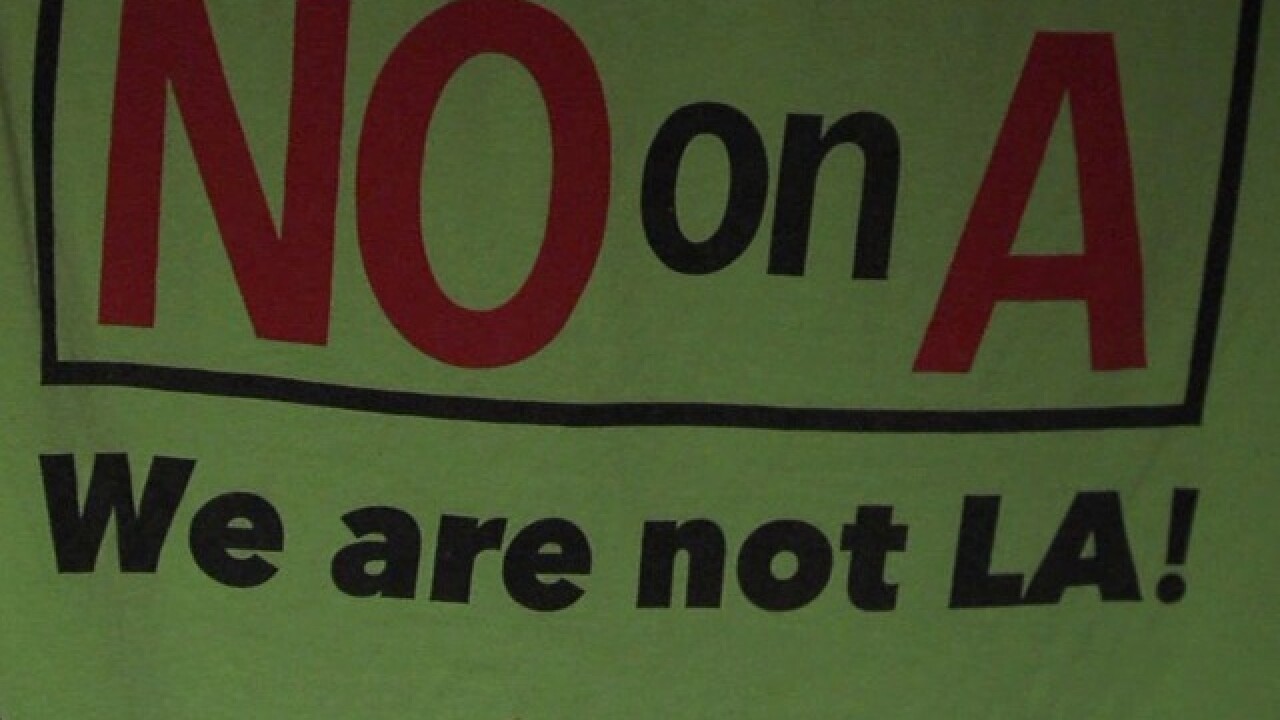 CARLSBAD, Calif. - Final results of a special election to decide the fate of a retail and dining center to be built along the shore of the Agua Hedionda Lagoon in Carlsbad may not be known until next week, county Registrar of Voters Michael Vu said Tuesday.

Measure A was trailing by 863 votes Thursday, but around 3,500 mail and provisional ballots remained to be counted, he said.

The city said there will be another update Friday at approximately 5 p.m.

The development planned by Los Angeles-based Caruso Affiliated is opposed by environmental groups and mall owner Westfield, until recently the owner of a shopping center near Carlsbad's northern city limits.

Caruso wants to build on 15 percent of the 203-acre property and leave the rest as open space. A popular family-owned U-pick strawberry farm alongside Interstate 5 would be allowed to remain in operation.

The plans were approved last year by the Carlsbad City Council, but opponents -- concerned about the size of the proposed buildings and worsening traffic congestion -- collected enough petition signatures to force it to a public vote.

Vu said updated results would be posted by the close of business again Friday. Staff will also work through the weekend, with more results posted Monday, he said.

"Monday won't be the last report, but the majority of the mail ballots should be in the count by then," Vu said. "Provisional ballots take longer to process and I don't see that being complete until the end of next week, if not longer."