Car with teens inside crashes into El Cajon home 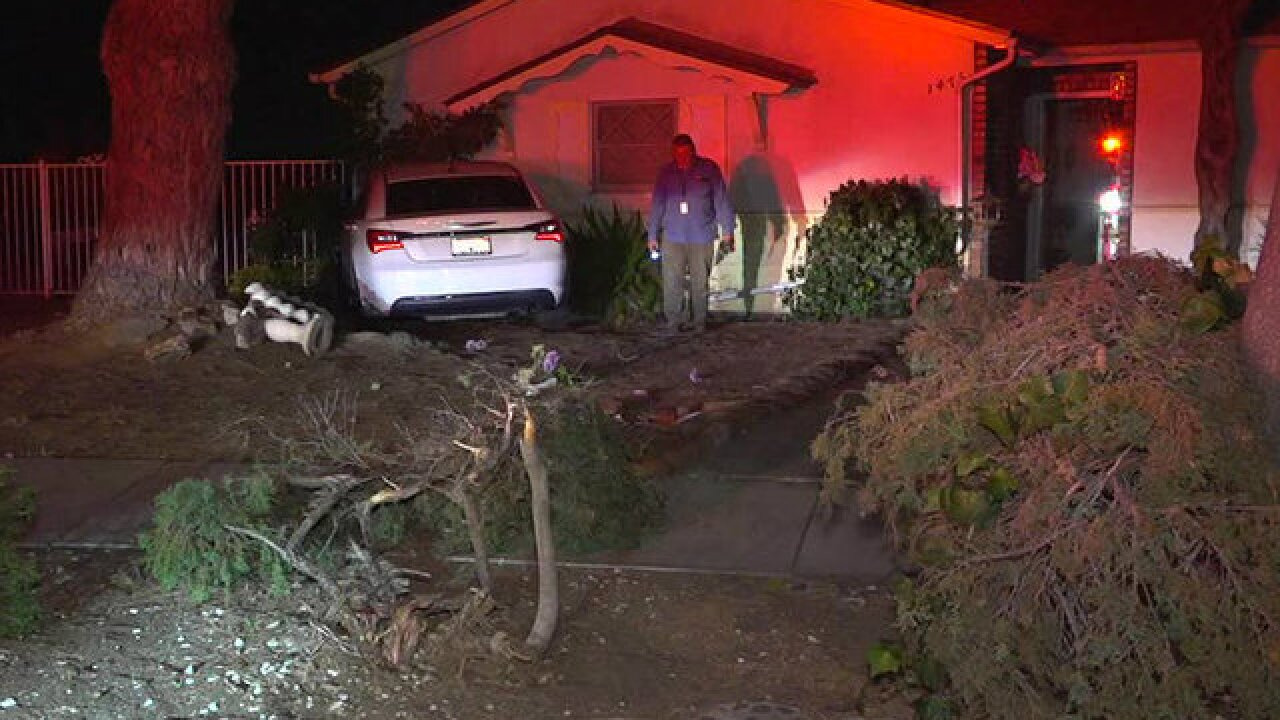 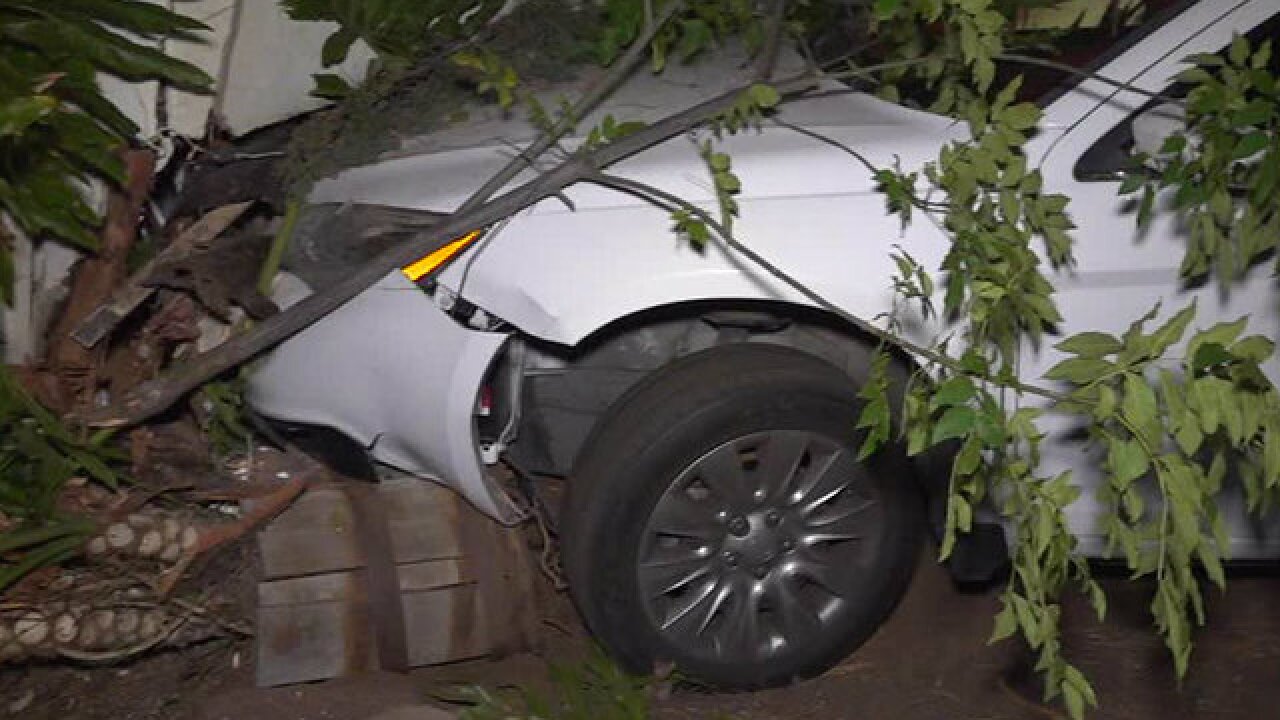 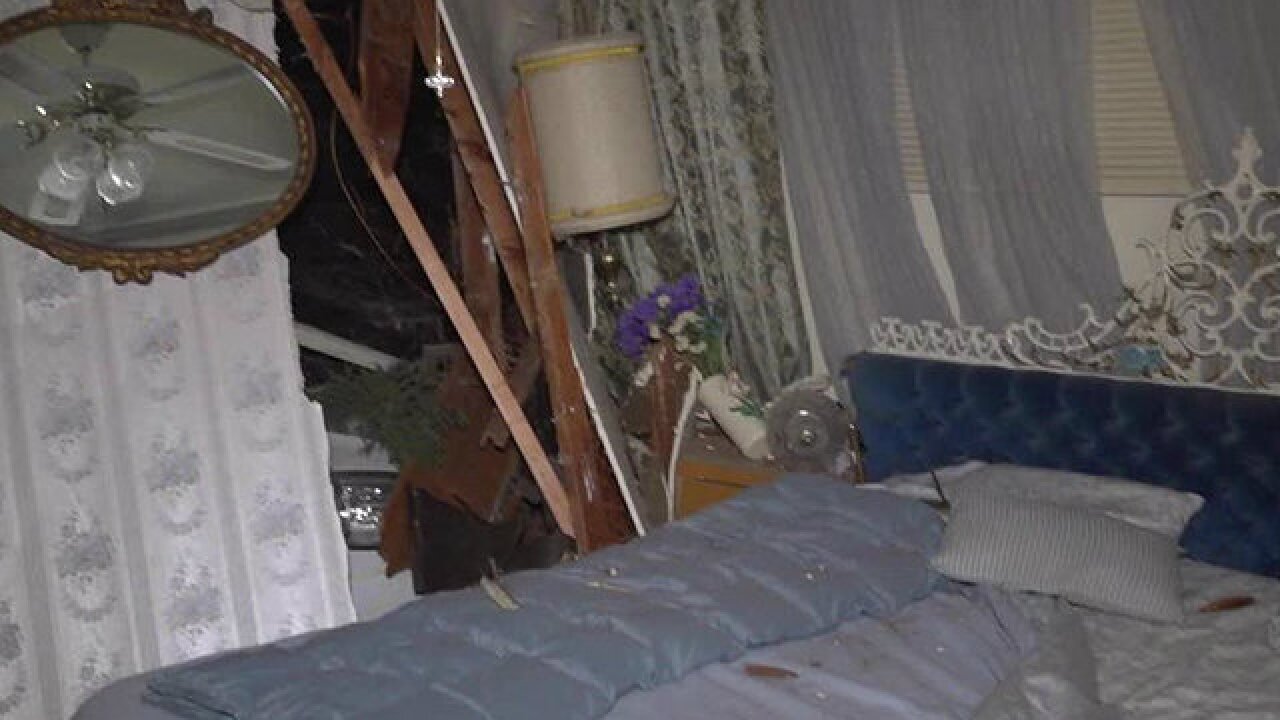 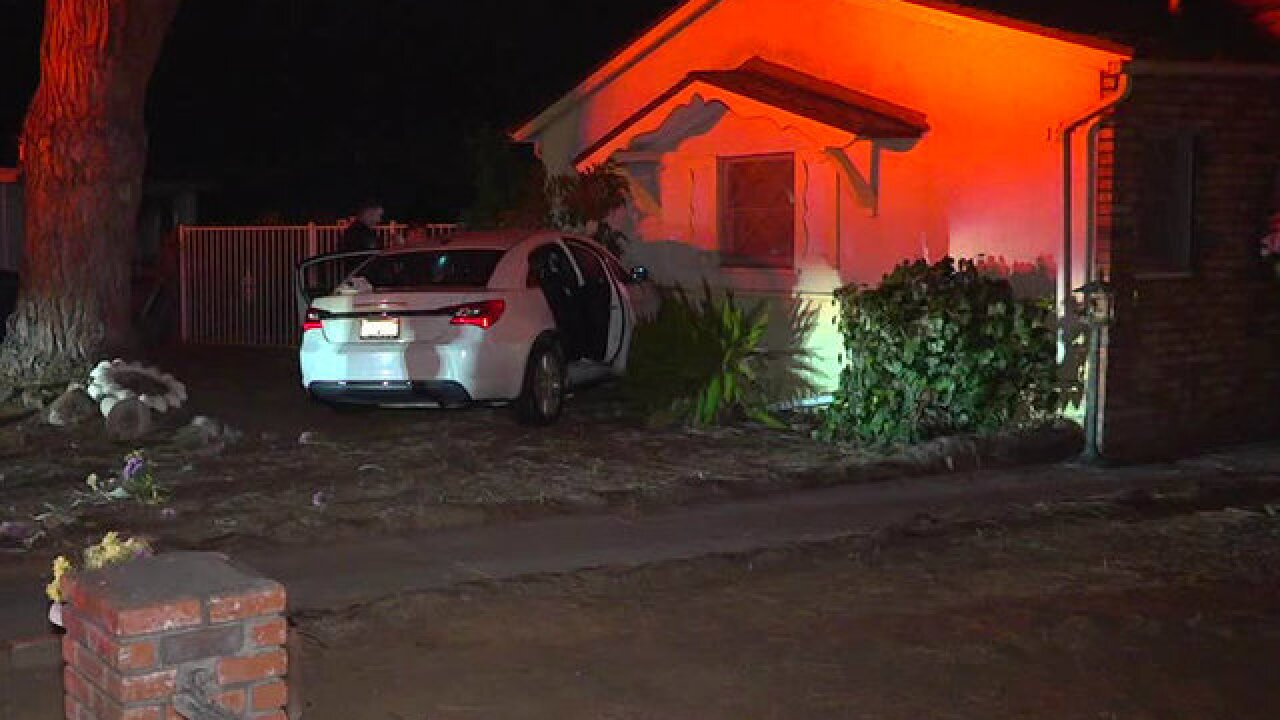 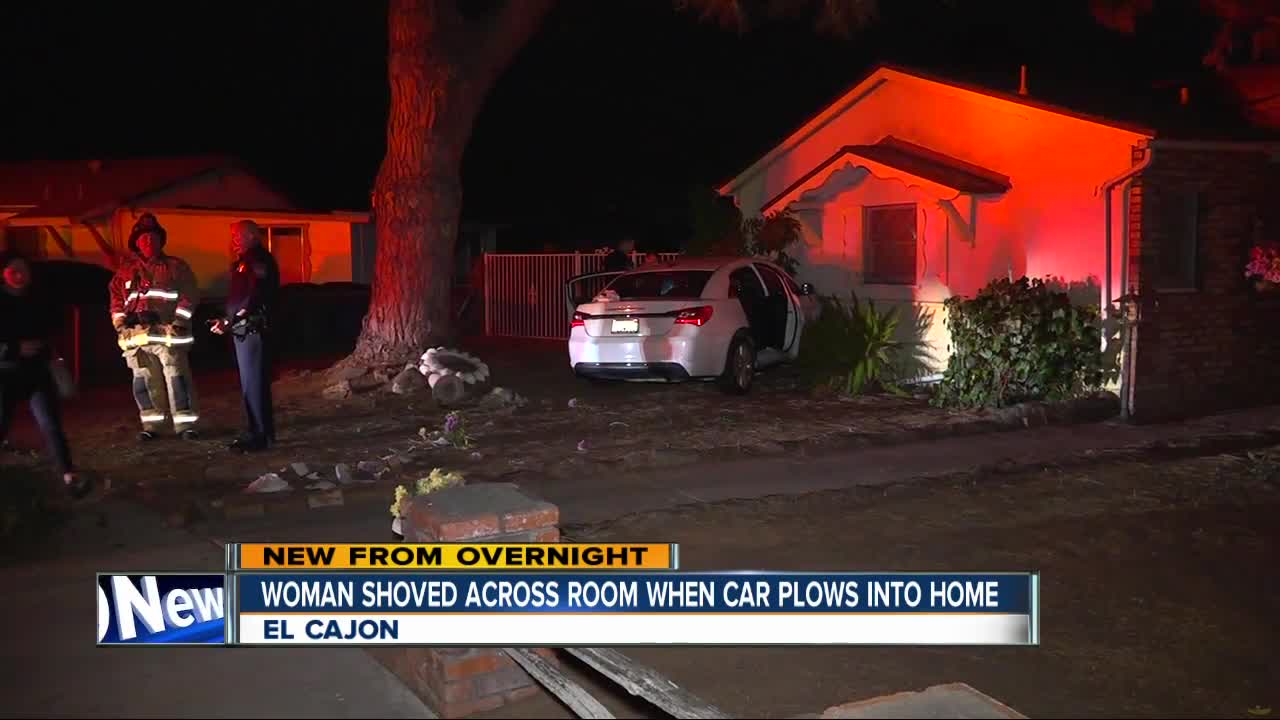 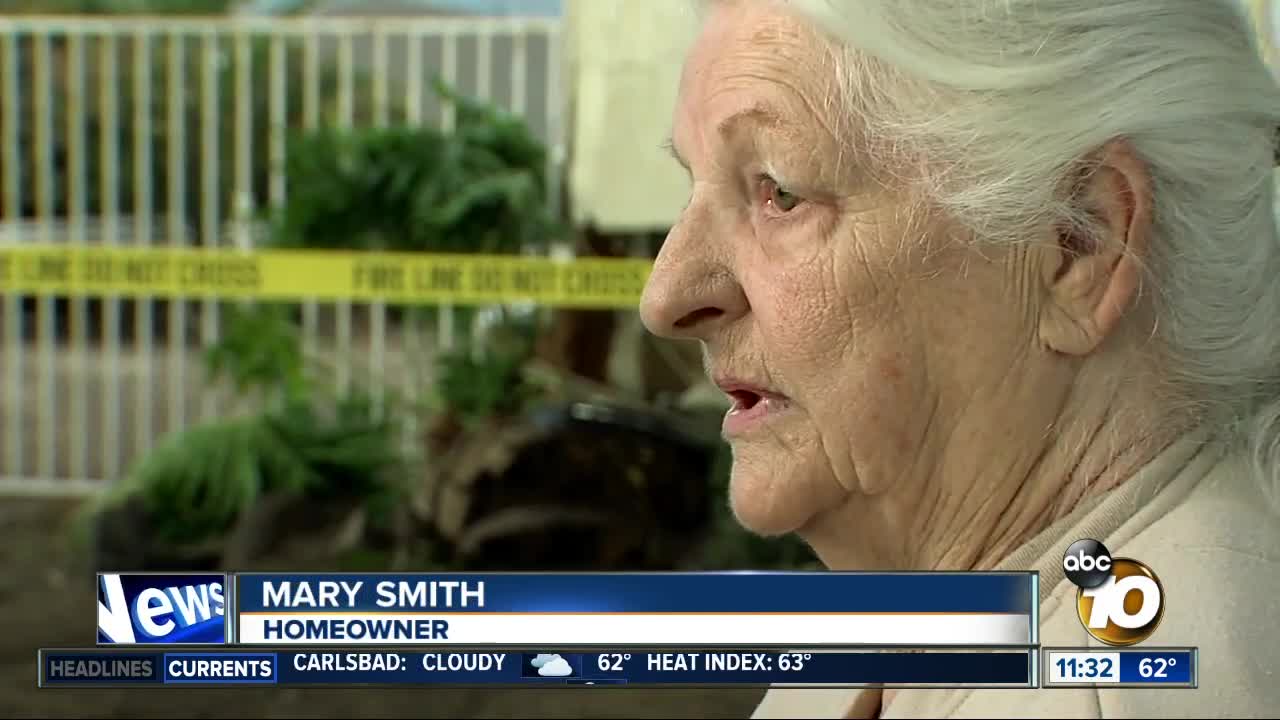 EL CAJON, Calif. (KGTV) - A woman escaped serious injury early Friday morning after a car driven by a teenager crashed into the bedroom of her El Cajon home.

According to El Cajon police, the crash happened shortly after 12:30 a.m. at a home in the 1400 block of Vicksburg Drive.

Police said a car with three teenage girls inside veered into the house and struck a bed while an elderly woman was sleeping. The woman was the only person in the house at the time of the crash.

As neighbors called 911, others watched as the driver tried to reverse out of the house. However, the car was struck against the structure and could not move.

A neighbor said the three girls got out of the car and fled the scene.

10News learned two of the three girls were found by police and detained. The third girl has not been located.

There is no immediate word on possible charges for the girls involved in the crash.

The homeowner was not hurt but the incident shook her up.