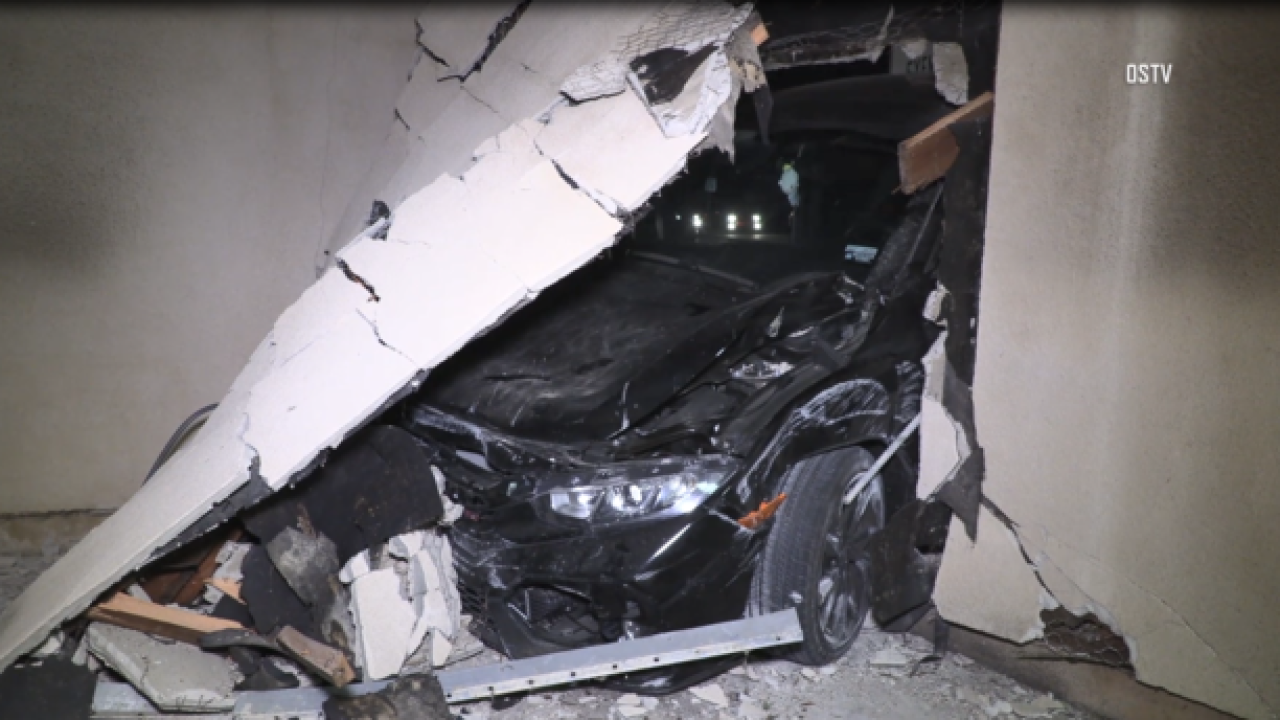 LA JOLLA (KGTV) - A car slammed into the wall of a fire station in La Jolla on Saturday night, narrowly missing firefighters.

The crash happened around 7:30 p.m. at San Diego Fire-Rescue Department’s station 9 on Ardath Lane near Torrey Pines Road. The car veered off the road and crashed into the patio wall of the station, while crews were eating dinner, according to Battalion Chief Joseph Scuri. The car missed the firefighters by about 12 feet. No one was injured.

Three people were in the car at the time, but were also not injured. A natural gas line to an outdoor barbeque was hit and severed. Firefighters quickly turned off the gas to the station. SDG&E came out and repaired it.