Driver trapped after car flips over on East County road 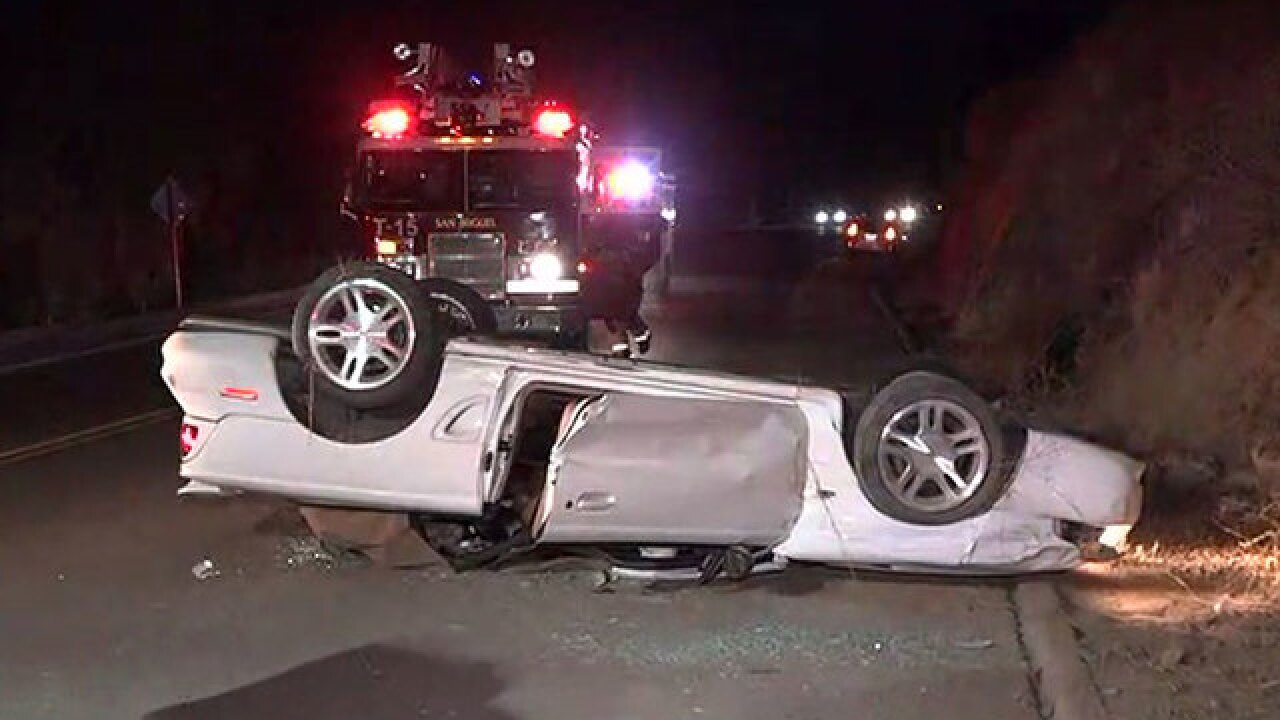 EL CAJON, Calif. (KGTV) - A woman was trapped in her car after it overturned on an East County roadway early Tuesday morning.

According to the California Highway Patrol, the crash happened at about 5:25 a.m. on Willow Glen Drive, near Oak Drive.

The woman told CHP officers that she had just left Sycuan Casino and was driving too fast when she lost control of her sedan. Crews worked to remove the woman from the vehicle after it came to rest on its roof.

The woman was evaluated at the scene for injuries, but the 10News Breaking News Tracker reported she was not taken to the hospital.

The crash caused a traffic backup in both directions from nearby the casino.