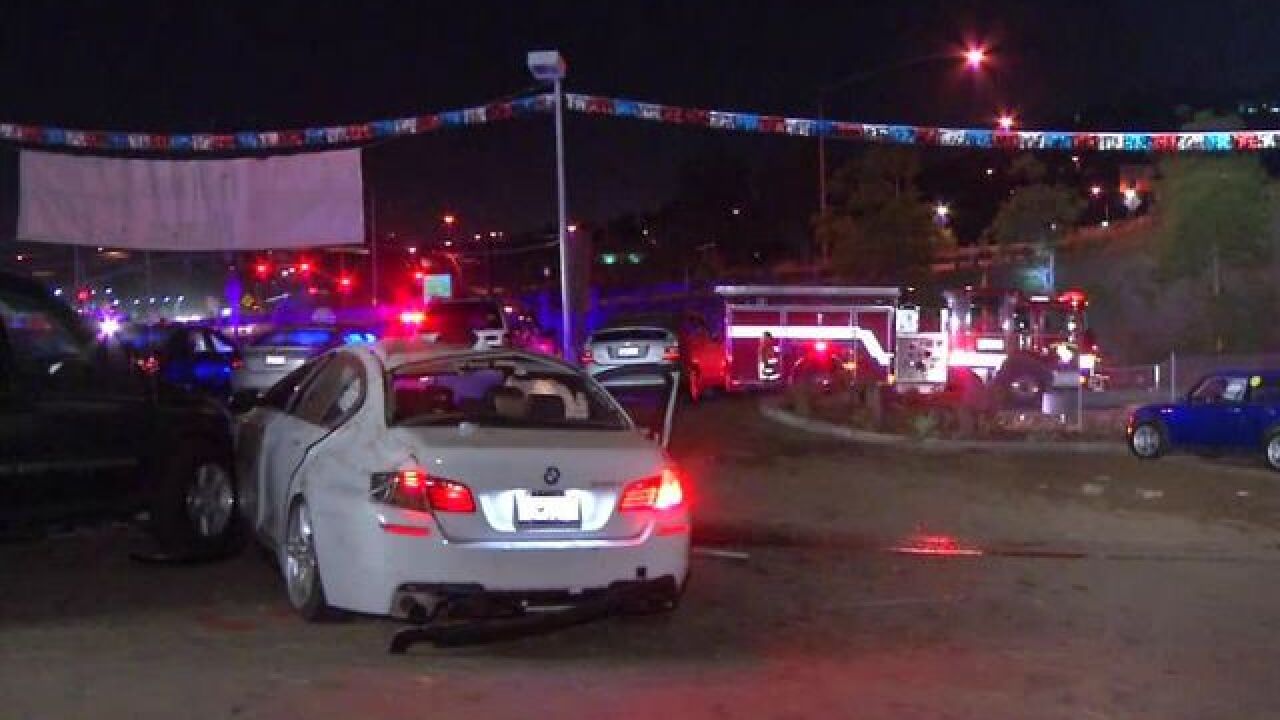 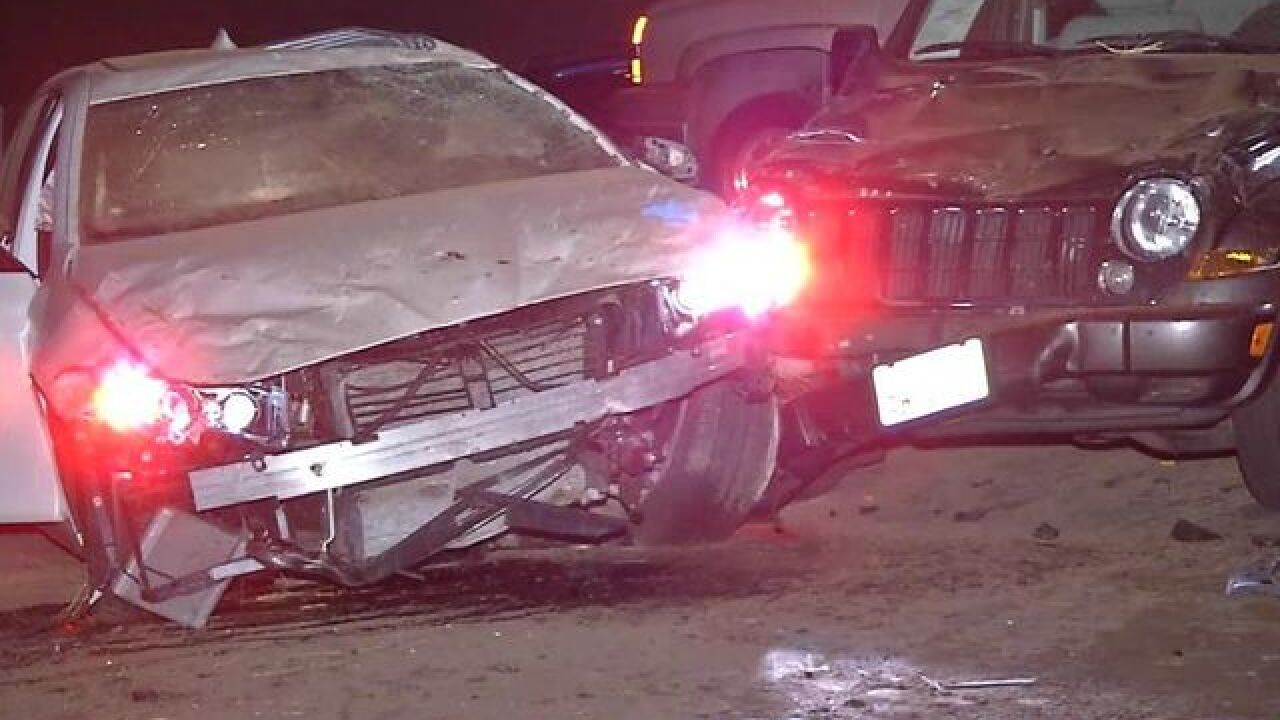 A BMW flew off the 94 freeway and landed on top of several cars at a dealership around 1:55 a.m. Saturday.

Deputies said the driver of the BMW was going up to 100 miles per hour when a Sheriff's deputy started following him. Deputies said it was not a pursuit.

Somehow the driver lost control and flew off the freeway at the Spring Street exit.

"He just flew right over the ledge, and he caught some air, he caught a lot of air and all you hear is boom!" Lymen Tran, who saw the crash, said.

Several cars were smashed by the BMW at the dealership.

The driver was taken away in handcuffs. He has been identified as 25-year-old Allen Oghassabian, a local public defender.

Investigators say Oghassabian was drunk when the crash happened.

Employees at the dealership said the damage is estimated at about $30,000 and is covered by insurance.