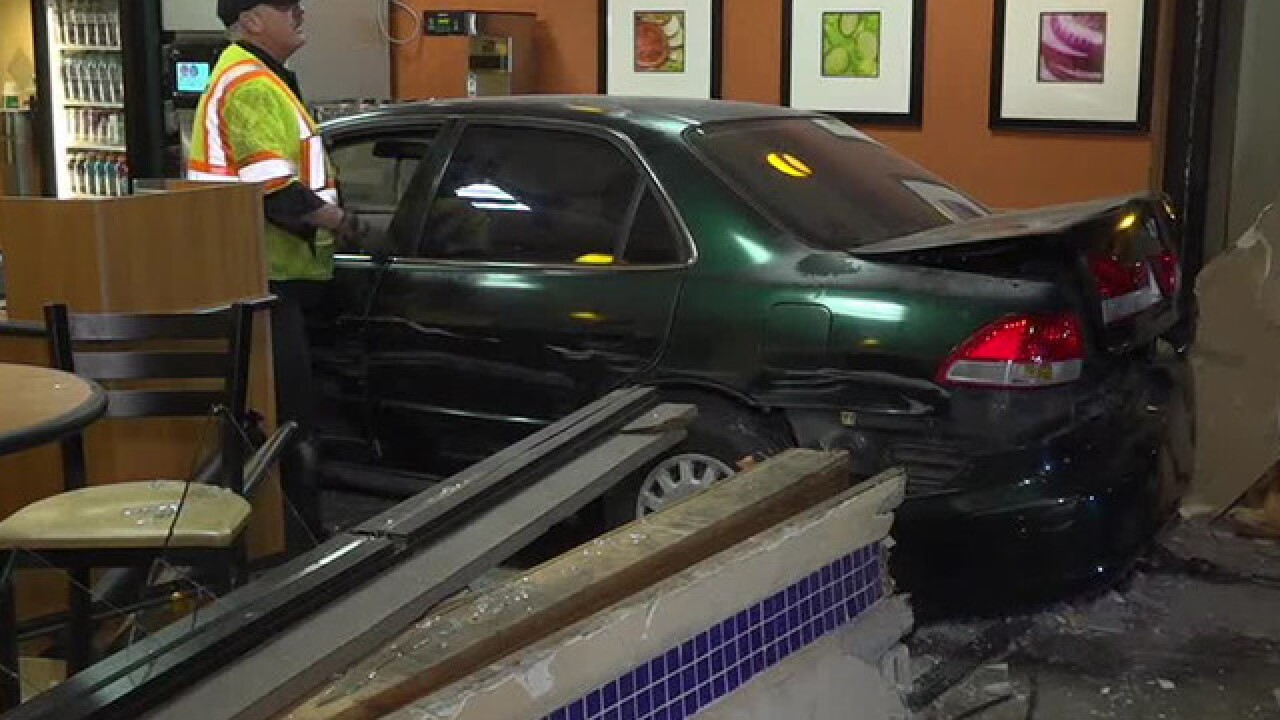 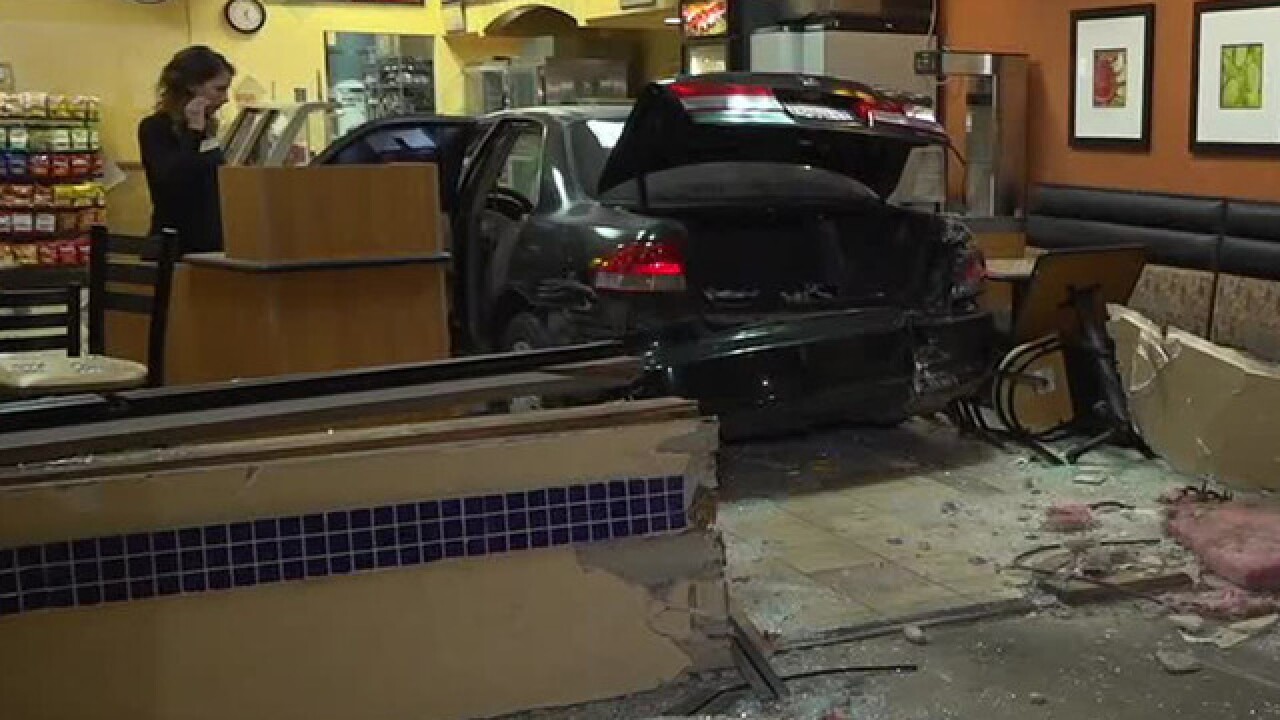 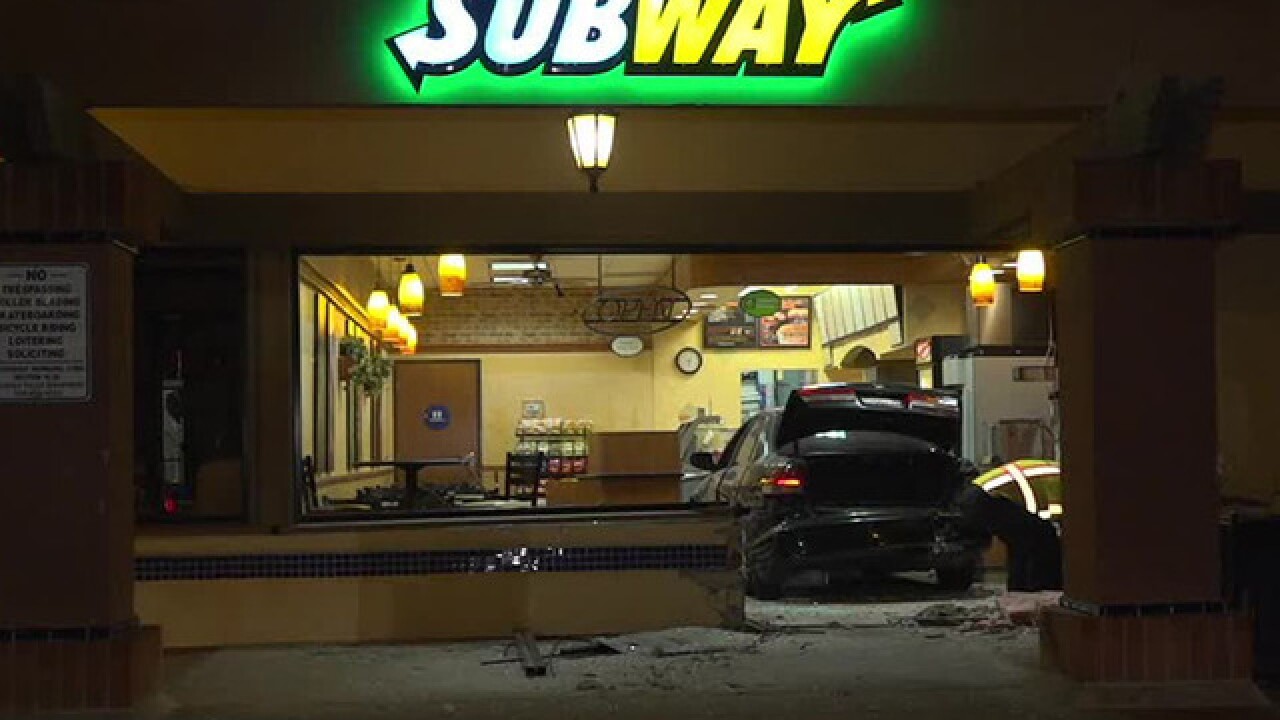 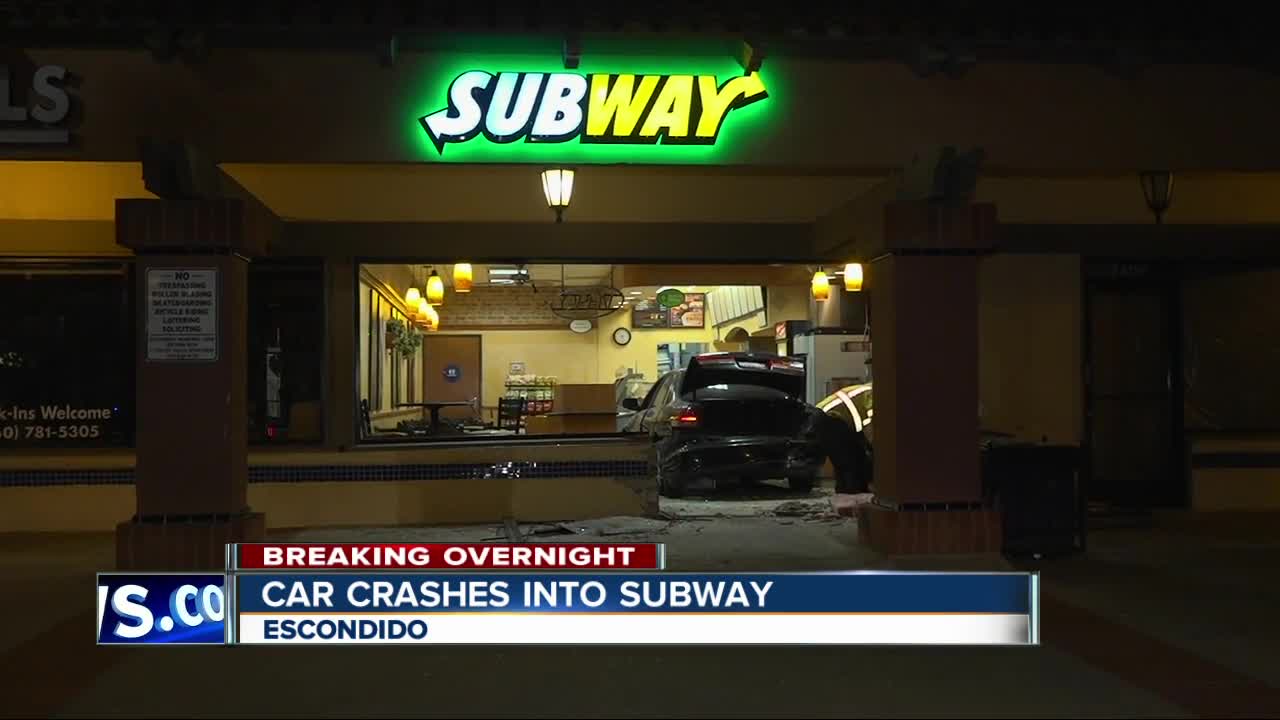 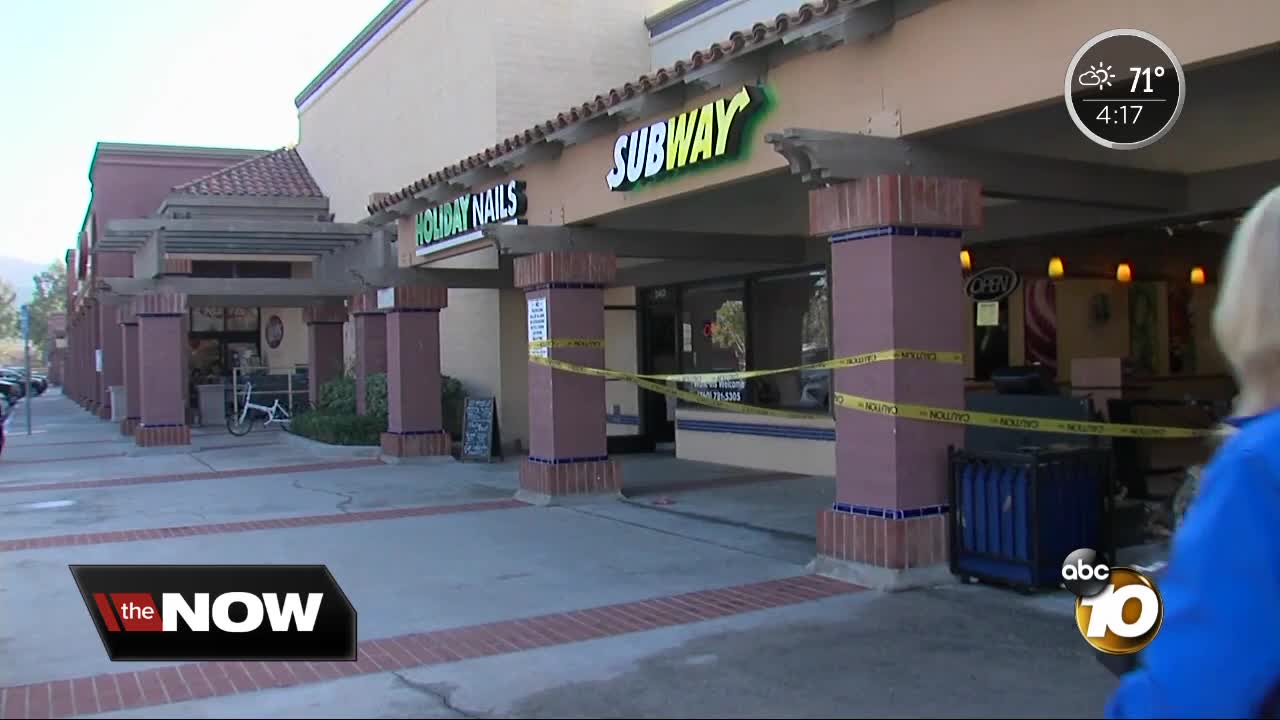 ESCONDIDO, Calif. (KGTV) - A woman was arrested after police said she intentionally drove her car into an Escondido Subway restaurant and got into a physical altercation with someone inside.

Escondido police said the incident occurred shortly after 12:30 a.m. Tuesday at the Subway location in the 2400 block of East Valley Parkway.

Police told 10News that a woman believed to be in her 20s crashed her Honda Accord into the restaurant, coming to a stop just before the sandwich-making counter.

According to police, the driver then exited her car and fought a female employee.

The driver was subdued and arrested by responding officers on suspicion of assault with a deadly weapon.

Police are trying to determine if the driver targeted one of the workers in the restaurant.

No injuries were reported in the incident.

The restaurant is expected to remain closed until it is examined by a building inspector.