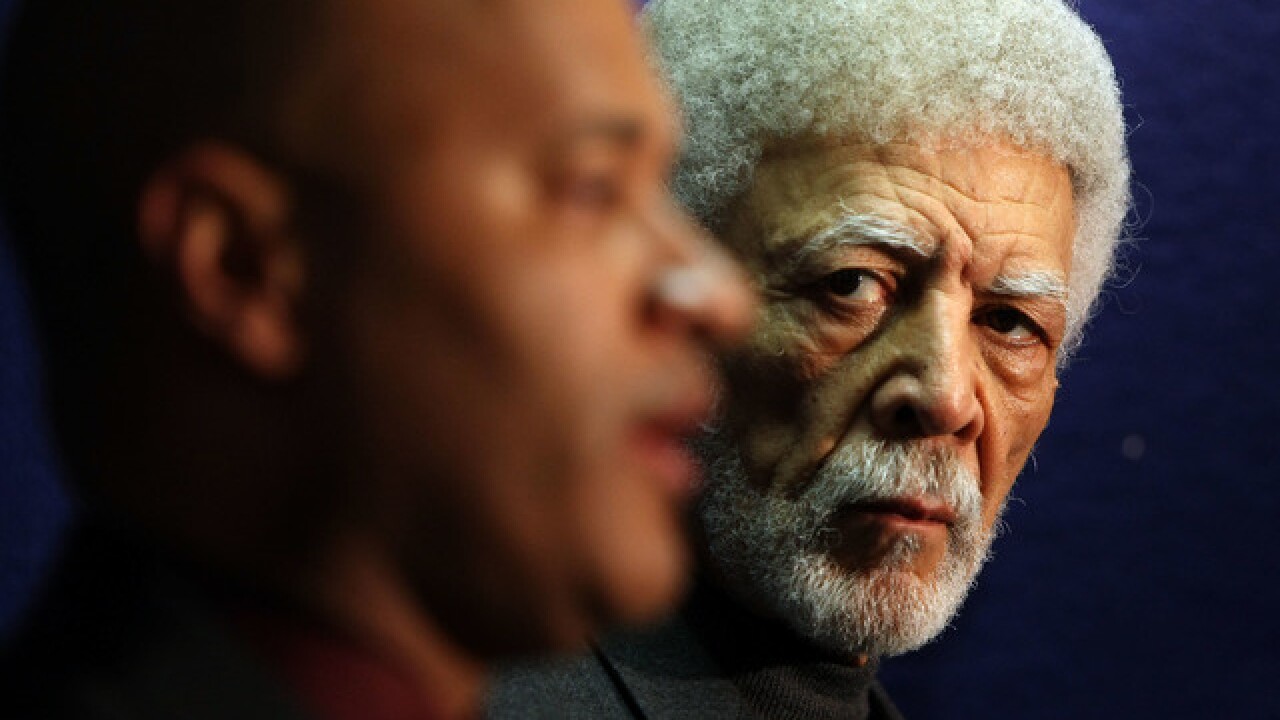 SACRAMENTO, Calif. (AP) — Ron Dellums, a fiery anti-war activist who championed social justice as Northern California's first black congressman, died Monday from cancer, according to a longtime adviser. He was 82.

Dellums died at his home in Washington.

A former Marine who got his start in politics on the City Council of the liberal enclave of Berkeley, he defeated a labor-backed Democrat to win his first election to Congress in 1970. He retired in 1998 and was later elected mayor of his native Oakland in 2006.

"He was absolutely committed to what was right and what was just and believed that you had to do whatever you could to fight for that," said Dan Lindheim, who learned of Dellums' death from his wife, Cynthia Dellums.

A self-identified Democratic socialist, Dellums was at the center of most major liberal movements of the 1970s and 1980s. He led the drive to sanction South Africa during apartheid, challenged U.S. entry into wars, opposed increased military spending and helped start the Congressional Black Caucus.

During Dellums' first campaign for Congress in 1970, then-Vice President Spiro Agnew branded him an "out-and-out radical."

Later in his victory speech, Dellums wryly referred to Agnew, a Republican, as his public relations agent, according to the U.S. House of Representatives' archives.

The Rev. Jesse Jackson, a friend of Dellums, said U.S. sanctions and divestment from South Africa during apartheid would not have happened without Dellums, who pushed legislation for nearly 15 years to place economic restrictions on that nation.

Legislation didn't pass until 1986, and Congress had to override a veto from then-President Ronald Reagan.

"It was his voice that brought the sanctions on South Africa," Jackson said of Dellums.

He opposed almost every U.S. entry into military conflict during his tenure in Congress and, as head of the Congressional Black Caucus, began submitting his own version of a scaled-back military budget. He rose through the ranks of the House Armed Services Committee to become its first black chairman in 1993.

Lindheim remembered Dellums as a gifted orator with a photographic memory who could speak without notes and never needed a word of his remarks to be corrected in the Congressional Record.

Sometimes, Lindheim said, Dellums would take speech notes onto the House floor just so he didn't intimidate his colleagues by speaking without them.

Dellums jokingly referred to himself the way his critics did — as a left-wing, anti-war, commie, pinko activist from Berkeley, Lindheim said.

Dellums retired from Congress in 1998, a move that surprised his colleagues.

Dellums became a lobbyist before returning to politics as mayor of Oakland in 2006, a seat he narrowly won. His return to politics wasn't without controversy; some viewed him as an absentee mayor and he did not seek a second term.

California U.S. Rep. Barbara Lee, who replaced Dellums in Congress after working in his office, called him a "great warrior and statesman."

"The contributions that Congressman Dellums made to our East Bay community, the nation, and the world are too innumerable to count," she said in a statement.