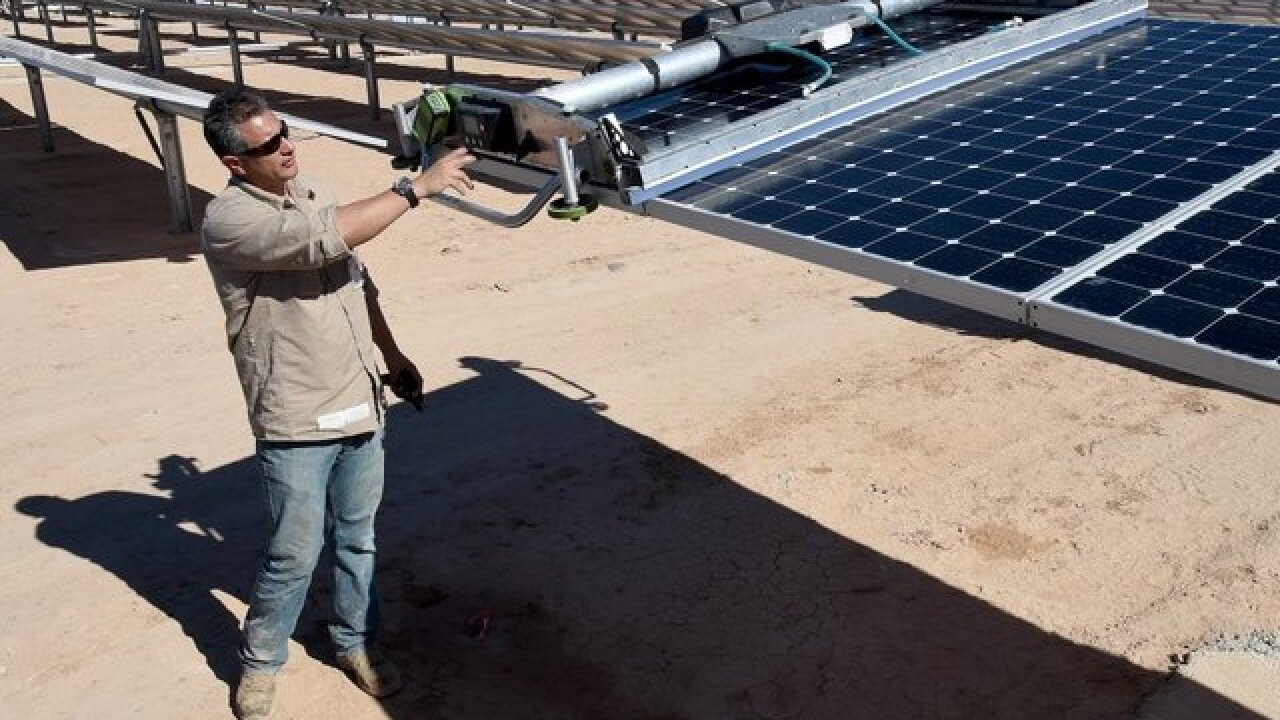 SACRAMENTO (AP) — California would set a goal of generating 100 percent of the state's energy from carbon-free sources under legislation approved by the state Assembly.

The bill approved Tuesday would accelerate California's renewable energy mandate from 50 percent to 60 percent by 2030. It would then set a goal of phasing out all fossil fuels by 2045, but it does not include a mandate or penalty.

Critics say it's unrealistic and would saddle families and businesses with higher energy bills.

The measure returns to the Senate which must approve changes made in the Assembly. It was written by Democratic Sen. Kevin de Leon, who is challenging fellow Democratic U.S. Sen. Dianne Feinstein.