Claims school district did nothing to stop it 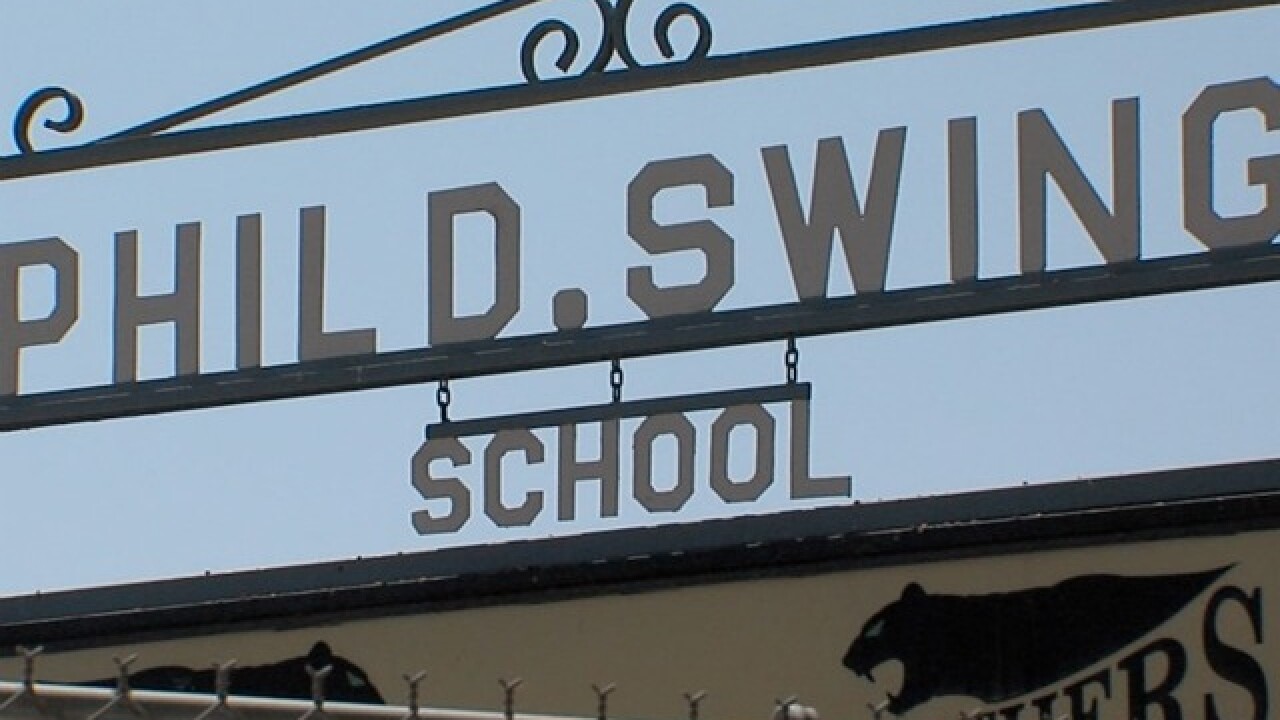 BRAWLEY, Calif. - Anyssa Sanchez was a 6th grader waiting in the lunch line at Phil D. Swing Elementary School in Brawley when a boy ran up and "flicked" her breast as part of a "game" that was going around the school.

Anyssa reacted by giving the boy a swift kick in the groin, and she was subsequently suspended.

That was back in January 2013. Now, three-and-a-half years later, Anyssa is still fighting the Brawley Elementary School District for suspending her.

It's not the suspension that makes her angry -- she says it's the fact that teachers and school administrators knew about the "game" and let it continue.

10News normally doesn't name alleged victims of sexual abuse, but in this case, both Anyssa Sanchez and her mother, Tina Sanchez, felt it was important to go on the record.

Anyssa told Team 10 in an exclusive interview that she knew about the game, but didn't want to play. She said the boy initially moved his hand toward her breast, but didn't touch it.

"And I was like, 'Don't do that,' and he thought it was funny so he turned around and did it to one of his friends," Anyssa recalled.

She said the boys were laughing, when all of a sudden the boy reached out and touched her breast.

Anyssa's reaction was swift and decisive. The boy fell to the ground, crying. His friends "didn't think it was funny anymore," said Anyssa.

Both children were taken to the principal's office, and both got suspensions. Anyssa's mother initially agreed to the suspension, until the drive home when Anyssa burst into tears.

"She cried and said, 'Mom, you've always taught me that if I did nothing wrong you would have my back," Tina recounted.

Her daughter insisted she did nothing wrong.

"He touched me, and before he tried to touch me I told him not to, and he still did."

Anyssa's mother had a change of heart. She now believed her daughter was the victim of a sexual assault right there on campus, and she decided to fight it.

The following day, Tina said she met with the school's principal, who said the one-day suspension would stand, especially because of the force Anyssa used to stop the "game."

Anyssa's swift reflexes may be because she's trained in martial arts. She holds a green belt in karate.

That didn't make her feel any better about her predicament at school, where Anyssa claims she was subjected to constant ridicule.

"They would make fun of me a lot, you know, and they would call me the nutcracker... I didn't like it and didn't talk to them anymore," she said.

Anyssa learned to deal with the comments, and the boys who cupped themselves whenever she passed by, but she said she cannot understand why the school didn't do anything to stop the "game" that she still believes is a form of sexual assault.

Her mother was surprised to learn the school never reported the assault to Brawley police. Tina claimed she reported the incident five days later, but nothing was done.

She called her lawyer, who filed a lawsuit claiming the school retaliated against Anyssa for defending herself, and in doing so violated Title IX, which protects public school students from any form of discrimination based on sex.

Federal Judge Gonzalo Curiel rejected the argument, and in May 2016, issued a summary judgment in favor of the school district.

Anyssa said she cried when she learned of the decision. Then she decided to keep fighting.

"The school is at fault," said attorney Dave Miller. "I'm going to hold them accountable. If it takes going all the way to the Supreme Court of the United States … that judge was 100 percent wrong. He is completely wrong, and maybe if this were his child, he might see the law a little differently."

Miller, a father of three girls, showed Team 10 a Facebook post circulated among students in the district in 2014, which he said is proof the problem is widespread and the district isn't doing anything. The post has a list of dates with suggested activities like "grab boob day," "grab ass day," a day for "twerking," and another for lap dances.

"The school admitted they knew about it," said Miller. "They have an obligation then to change what's going on, and they did nothing."

A notice of appeal is already on file with the 9th Circuit Court. His client said she doesn't care how long it takes -- she just wants other kids to be safe from sexual assault at school.

"I would do it again because they don't have the right to touch me," Anyssa said.

She also said she's forgiven the boy who touched her breast.

"When he apologized to me, I felt a little bit better. They (the school district) haven't apologized," said Anyssa.

"Inappropriate behavior is not tolerated or condoned," said Jaime Silva, the new superintendent of the Brawley Elementary School District.

Silva declined to comment on the lawsuit and pending appeal because he doesn't know enough about it.

Carpenter said Sanchez has the right to appeal, and if an appeal is filed, his firm will file a "timely response."

Carpenter declined to talk about ongoing litigation, saying everything they have to say can be found in the court proceedings.

Famed attorney Gloria Allred weighed in on the case, telling 10News: "I think that the girl had a right to defend herself. If the school knew about the game and that it was likely to result in a boy touching her inappropriately, then the school should be liable for not protecting her. If the facts are as reported, then I believe that the girl acted in a reasonable manner. According to the report, she warned the boy not to touch her, but then he disregarded the warning and touched her breast. She was not required to tolerate this behavior, even if it was part of a 'game.'"

Team 10 talked to an expert for insight. Wendy Patrick is a career trial attorney and law professor, and she said, "The reason this case is getting so much attention is this is just every parent's nightmare. You get a call from the school, your child has been suspended, then you come to find out she's actually being sexually harassed. She's been the victim of a sexual battery."

"But a lot of people would say this is just a schoolyard game," Patrick added. "I mean, is it really a sexual assault if someone just reaches out and touches her breast real fast?"

"We are a culture that is entirely driven, especially in particular age categories, by social media," she said. "So you get young people that believe this is the new normal -- to be able to be sexually harassed, grabbed, touched at school as some kind of game. It's not so funny when you're the victim."