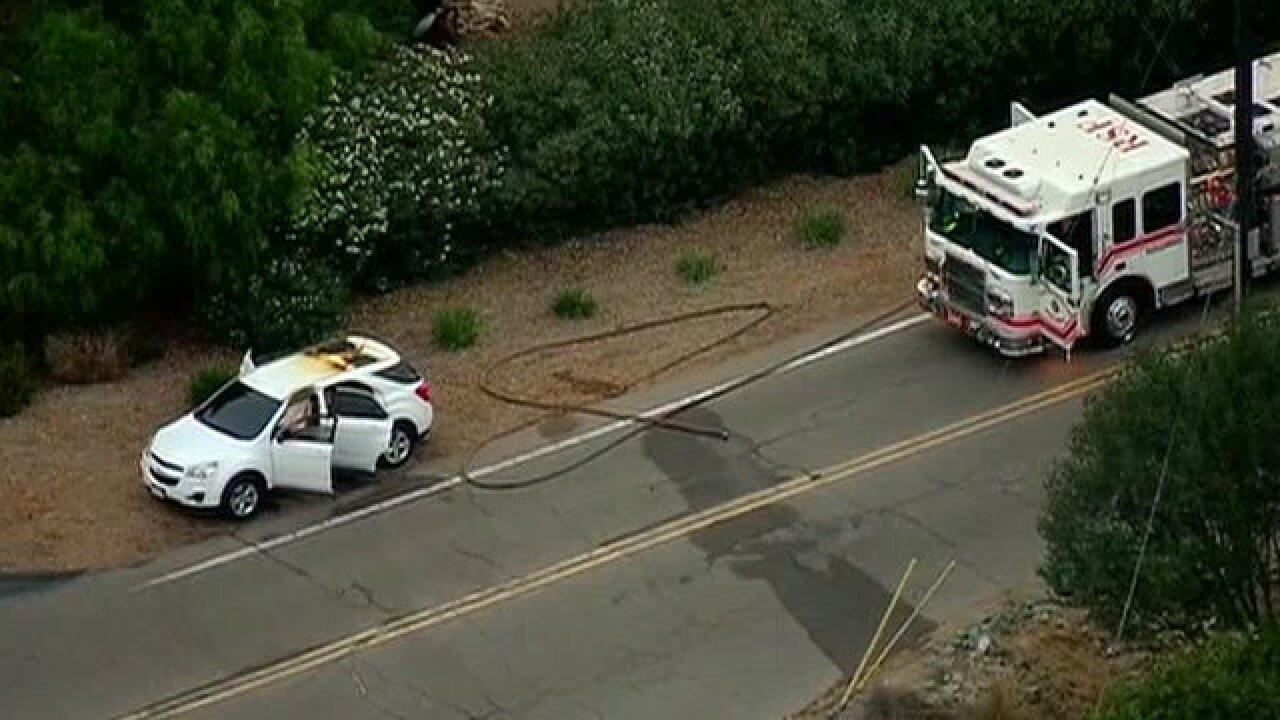 San Marcos firefighters were summoned to an area near Kauana Loa Drive and Country Club Drive, just east of Stone Brewing, at around 4:15 a.m. after receiving reports of a burning SUV on the roadway.

After crews put the fire out, a body of an unidentified woman was found inside, San Diego County sheriff’s officials told 10News.

Sheriff’s officials confirmed the vehicle did not appear to have been involved in a crash.

A witness said he was told by authorities that a stretch of Country Club Drive would be shut down for most of the day.

It was determined later in the morning that the burned-out SUV was linked to a nearby home in which a woman's body was found. READ MORE