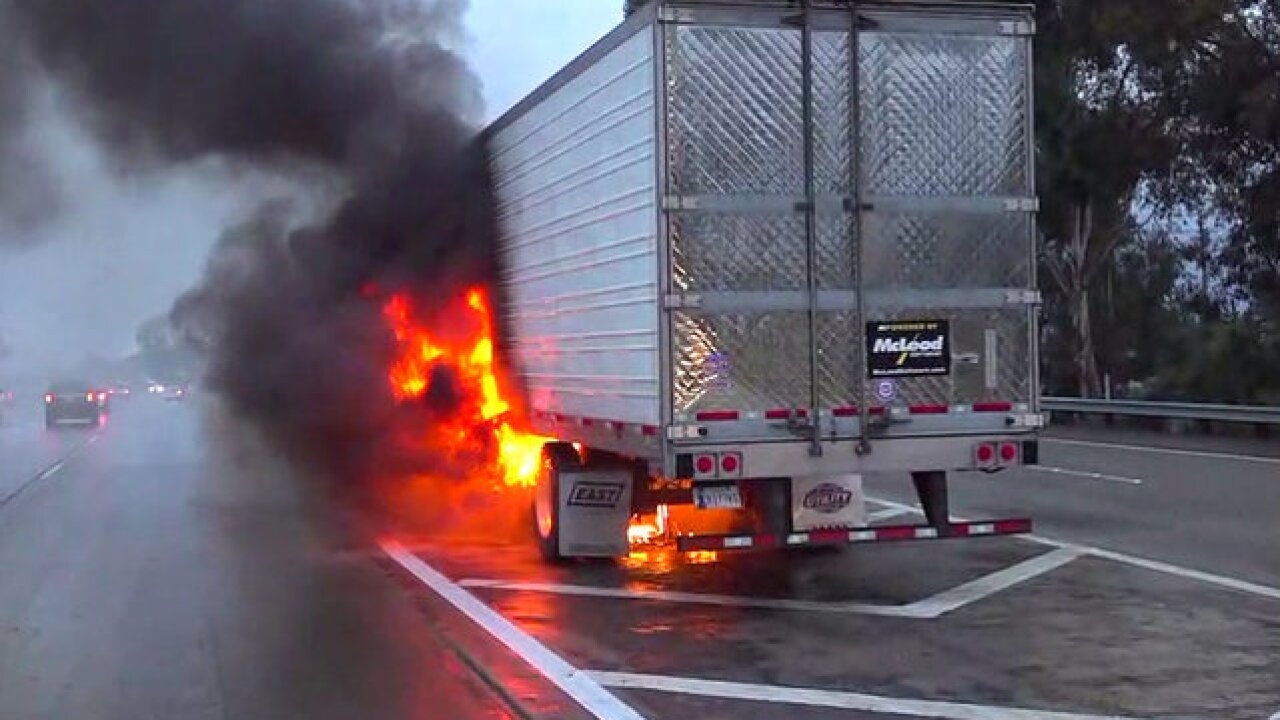 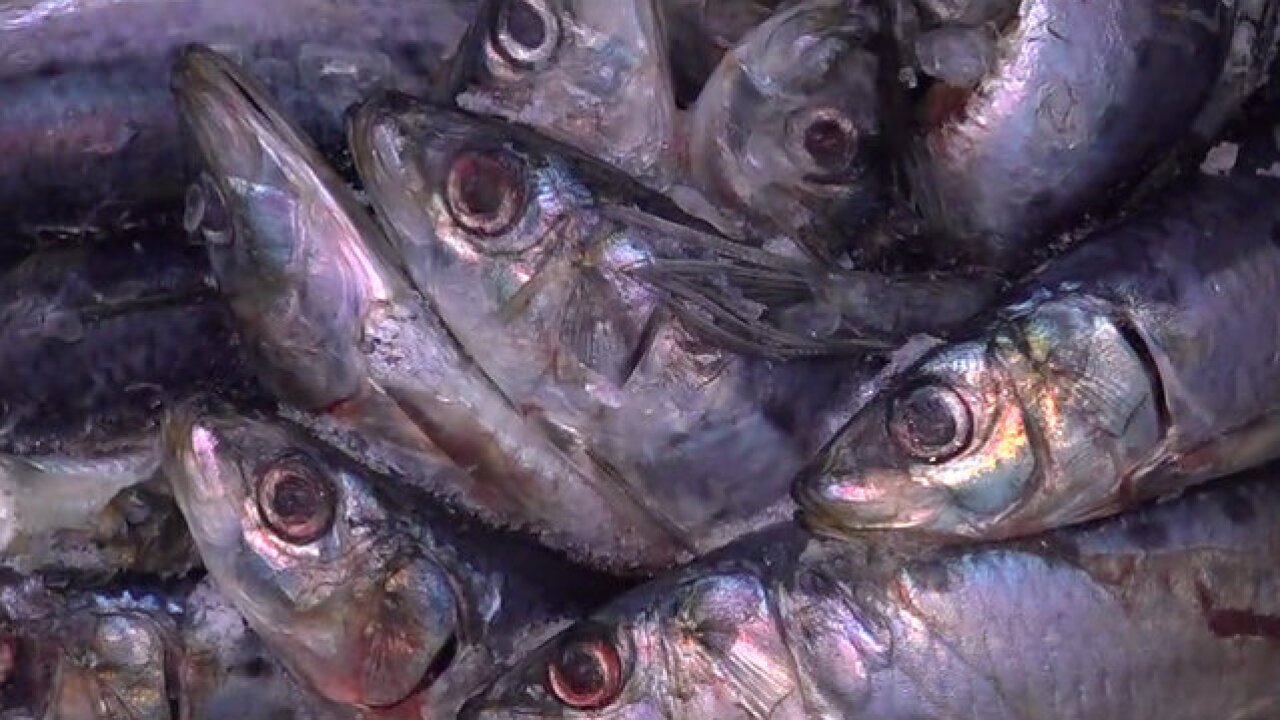 SAN DIEGO (KGTV) - A big rig carrying sardines burst into flames off Interstate 805 in the Mountain View area Tuesday morning, but no injuries were reported.

The fire erupted just before 6:15 a.m. as the semi was traveling northbound on I-805 near 43rd Street, according to the California Highway Patrol.

After pulling over onto the shoulder area, the driver was able to escape as firefighters put out the blaze.

The driver was not hurt, but the fire charred some of the sardines in the truck's trailer.

The driver said he believes a blown tire may have sparked the fire.