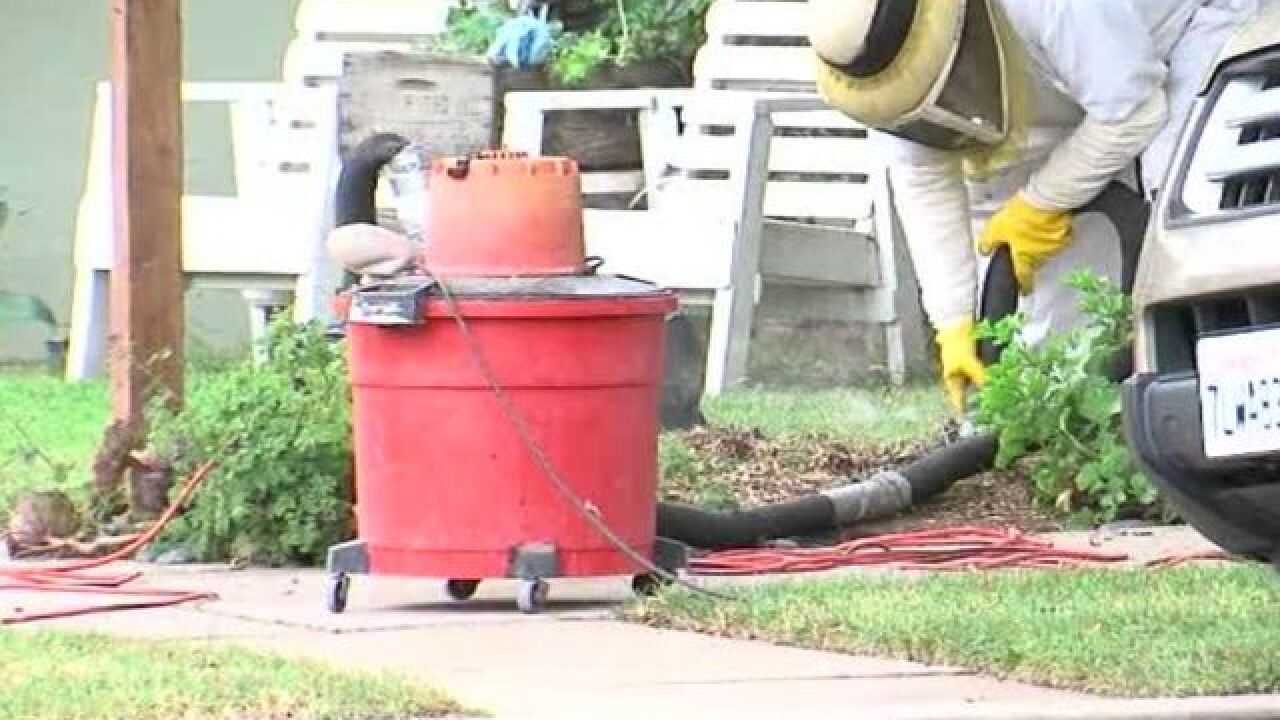 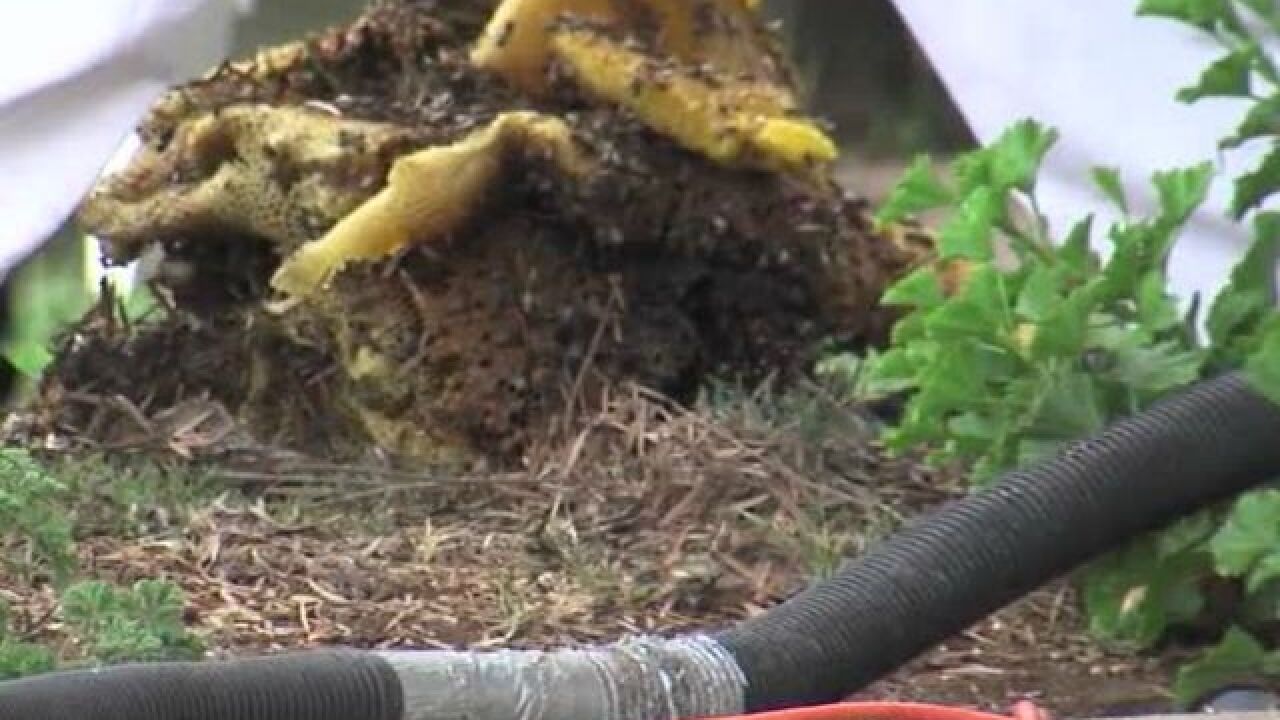 Several people were stung by Africanized bees after a beehive fell from a tree between D and 5th Street in Coronado.

Police closed off roads for about an hour and a half after it happened around 3:30 p.m. Monday.

“It was probably three feet across and three feet tall and there were hundreds and thousands of bees,” said Emily Bell, who said the beehive fell in front of her home.

Roger Calvert with Russ Bee Removal who cleared the bees said they were an angry bunch. He said he used smoke to calm the bees down before vacuuming them up.

But, not before they started attacking everyone that passed by.

“I know every time I stepped out of my vehicle I got swamped,” said Sgt. David Craig with the Coronado Police Department.

Craig said several people who had their windows opened were stung, including a nine-year-old. Fortunately, no was sent to the hospital.

“I'm batting all these bees away and one landed right here and I went whoa and killed it, and pulled the stinger out,” describes Coronado resident Joe Piepnkott.

Calvert said the bees were taken to an orchard in East County.

VIDEO of the beehive that fell in front of a home in #Coronado! Gives me chills watching it. Details on @10News! pic.twitter.com/w23bvEdHvd

FROM THE ARCHIVES: Bees at home in Coronado lifeguard tower