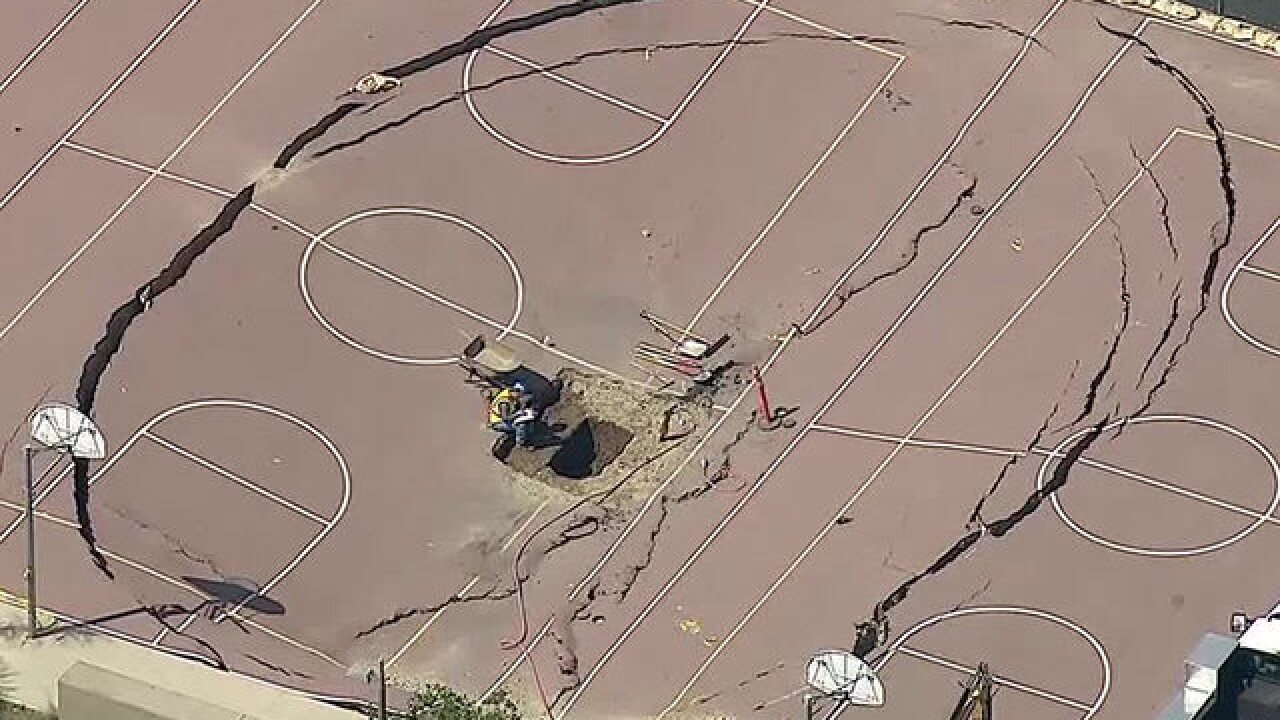 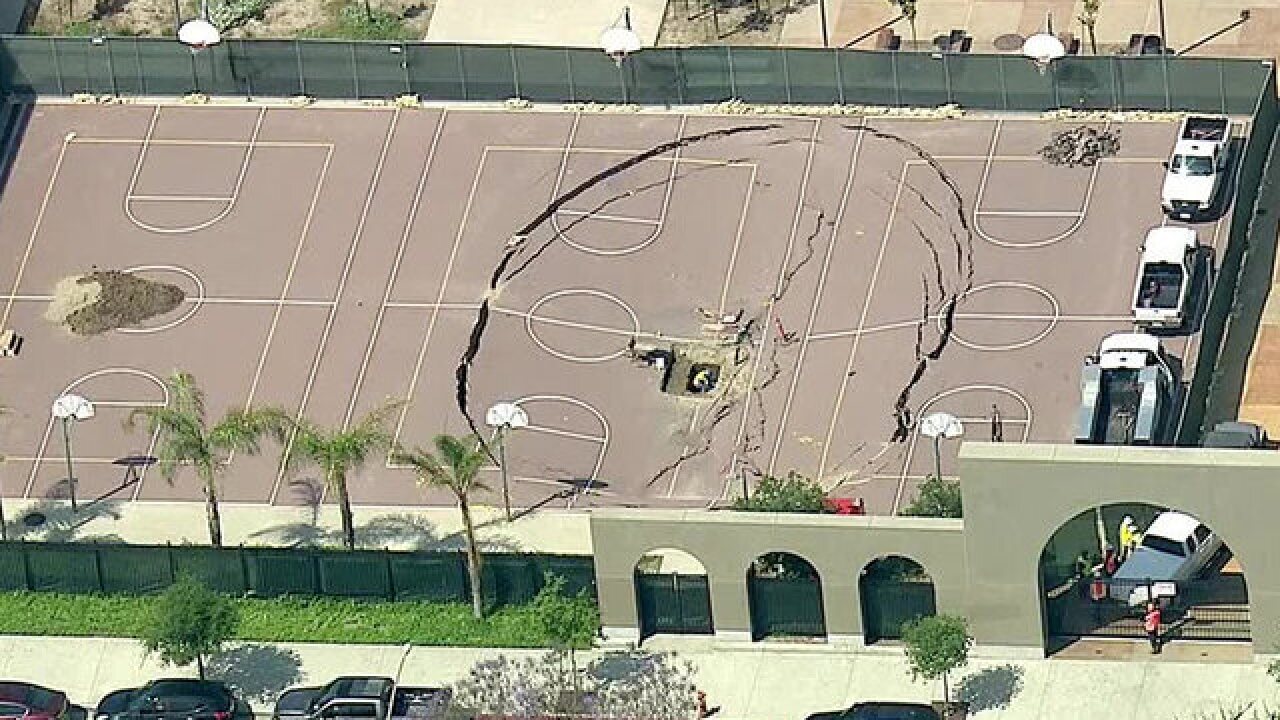 HUNTINGTON PARK, Calif. - A long-term repair project is underway at a Los Angeles-area high school, where some pavement collapsed on a basketball court because of an underground "man-made water-collection basin," authorities said.

The problem has been slowly developing at Marquez High School in Huntington Park since January, and is "not a sinkhole," said Elvia Cano of the Los Angeles Unified School District.

Crews cordoned off a 45-by-75-foot section of the pavement on one of the basketball courts, and classes have been operating normally, Cano said.