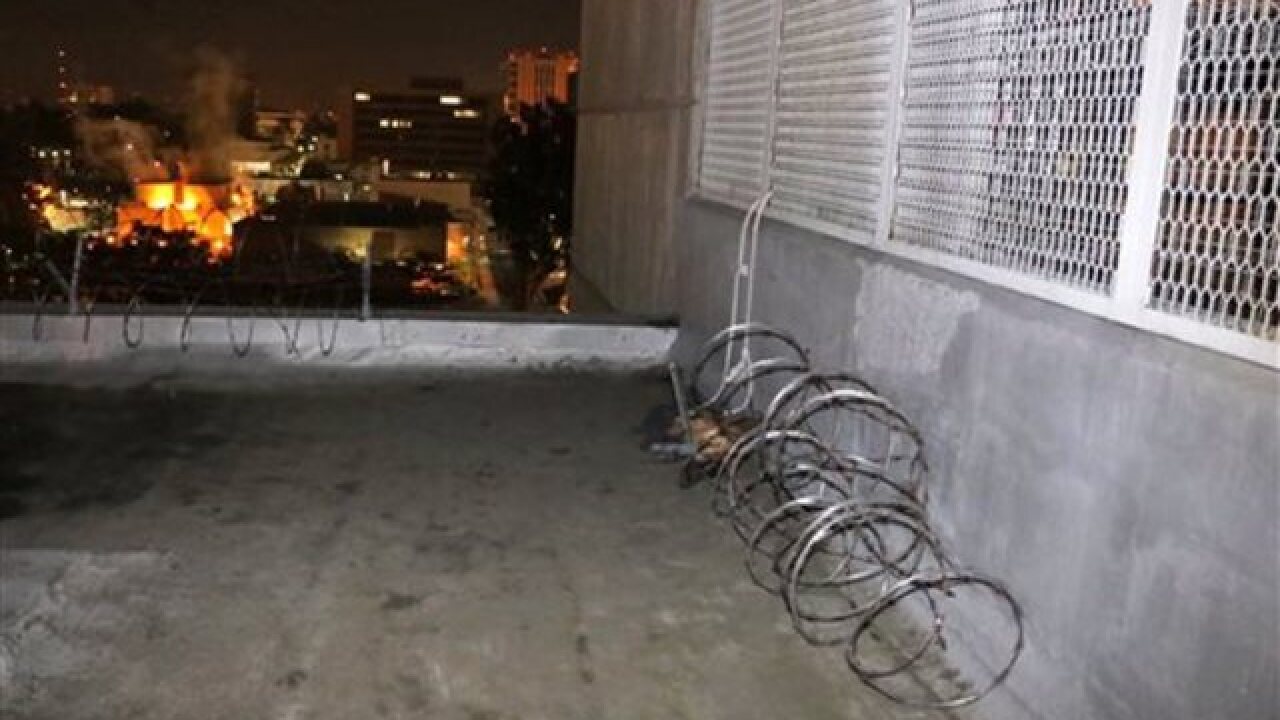 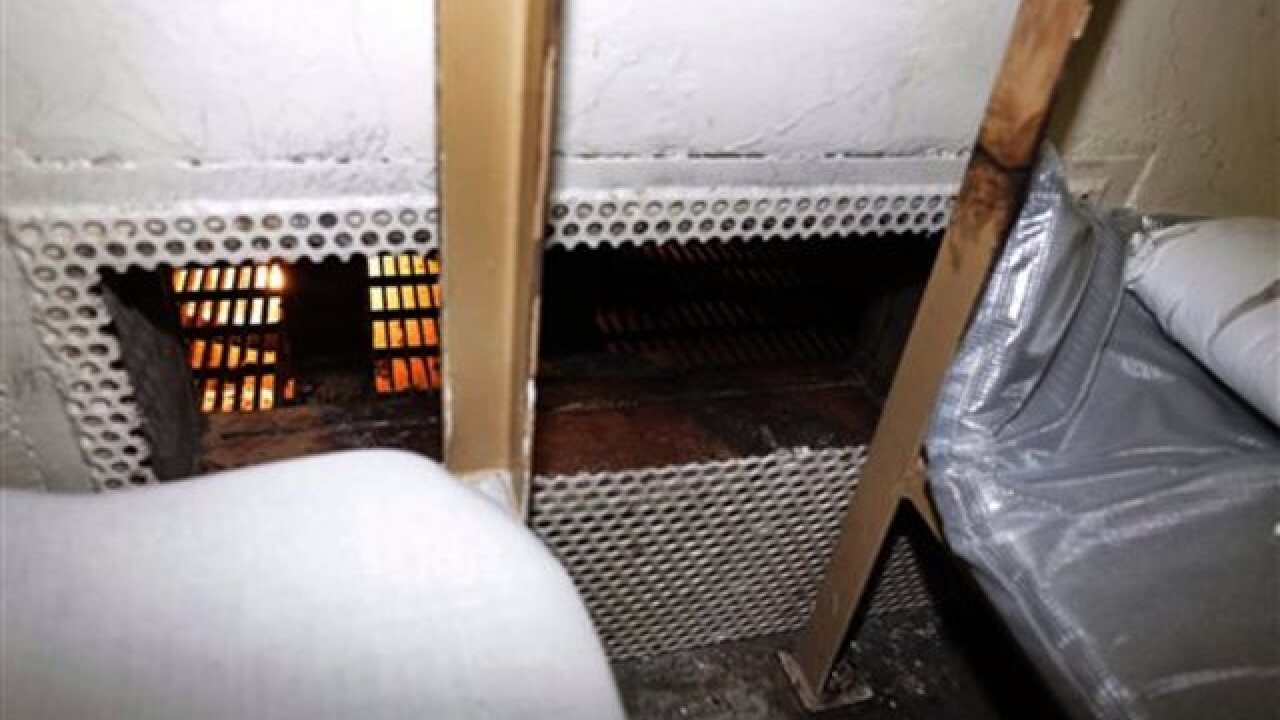 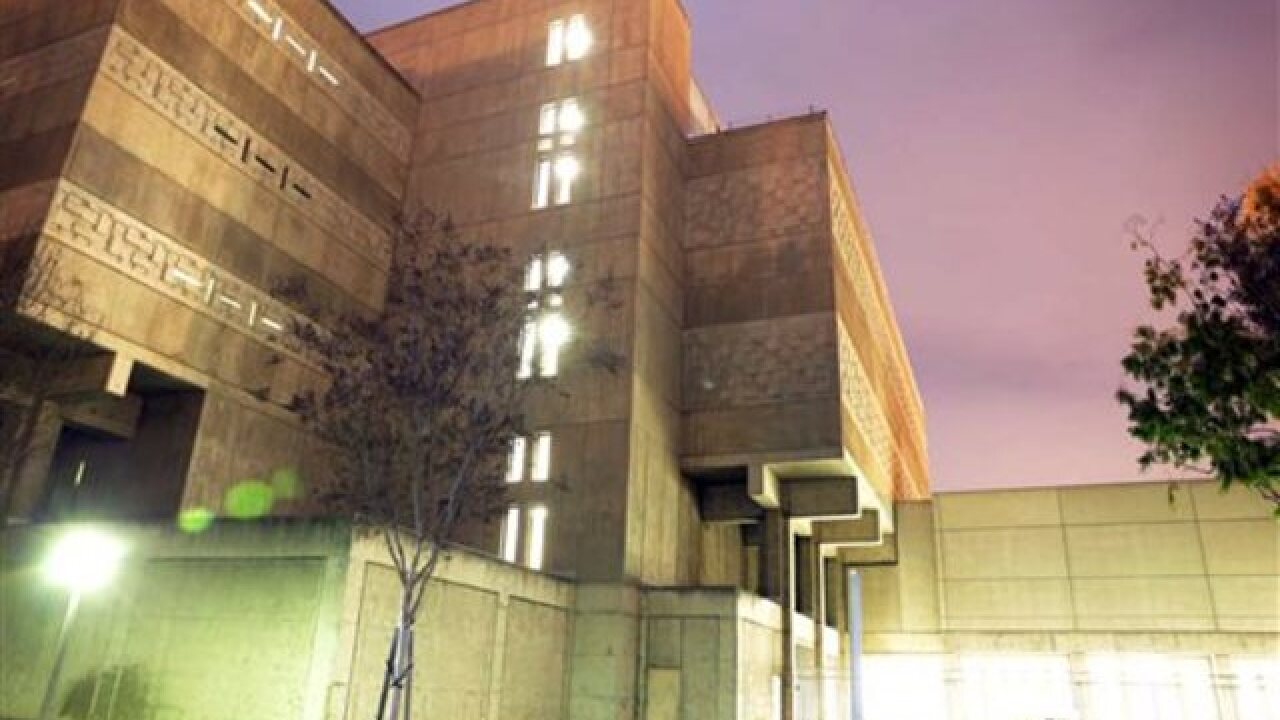 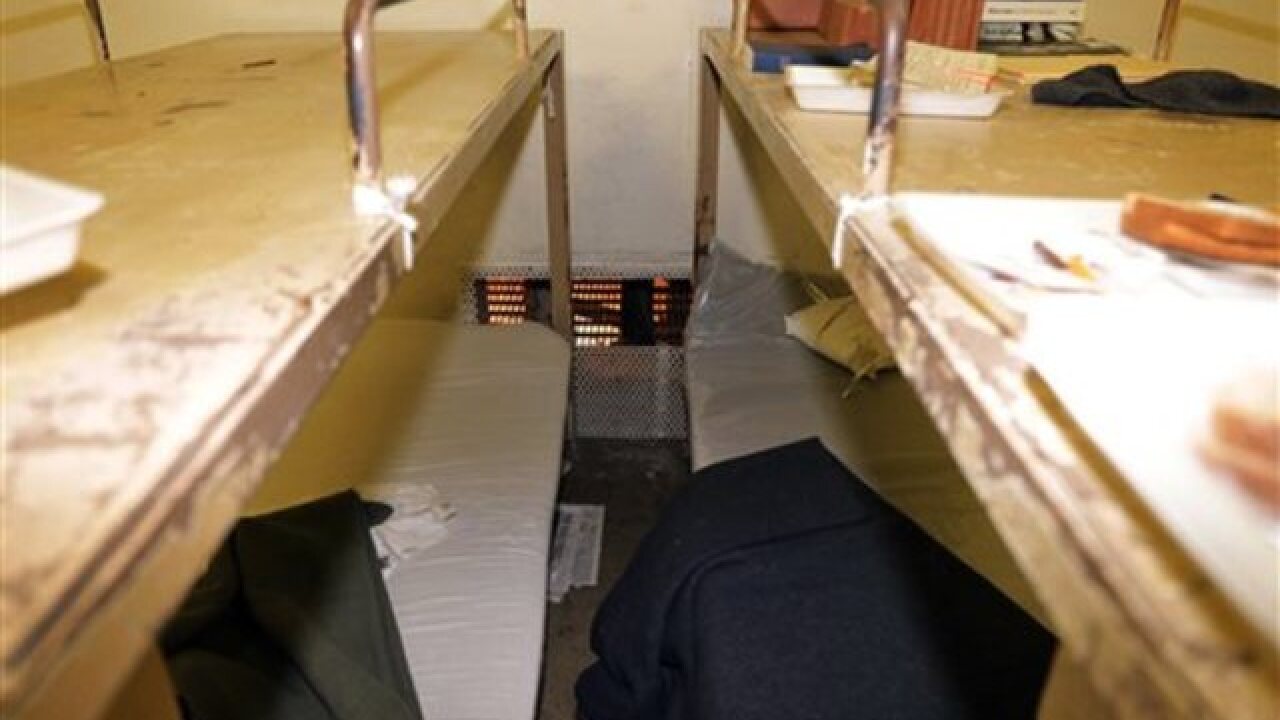 By: Christopher Weber and Amanda Lee Myers, Associated Press writers
Posted at 10:55 AM, Jan 25, 2016
LOS ANGELES -- It was a daring and elaborate escape. Three inmates, including a man suspected in a killing, cut through metal, crawled through plumbing tunnels, climbed a roof and rappelled down four stories to freedom using ropes made from bedsheets.
It wasn't a Hollywood movie. The real-life breakout left authorities struggling Monday to find the men and to figure out how they managed to escape the maximum-security jail in Southern California.
The priority was finding the men who could be armed and dangerous, but a probe also was underway to see if they had any help from inside or outside the Orange County Men's Central Jail, authorities said.
Jonathan Tieu, 20, Bac Duong, 43, and Hossein Nayeri, 37, were all awaiting trials for unrelated violent crimes. They vanished early Friday from a dormitory they shared with about 65 other men.
Somehow, the men obtained tools, cut through a quarter-inch-thick grill on a dormitory wall and got into plumbing tunnels.
Cutting through additional half-inch-thick steel bars, they made their way to an unguarded area of a roof atop a four-story building, moved aside razor wire and rappelled to the ground using the bed linen.
The escape wasn't noticed for 16 hours, until a nighttime head count that had been delayed about an hour because of a fight involving other inmates who might have been part of the escape plan.
Clearly, the plan was a long time in the making and carefully thought out, sheriff's Lt. Jeff Hallock said.
"We're talking about breaching, in some places, significant amounts of steel, rebar and metal," Hallock said.
The Mexican border is only a couple of hours south of the prison, but authorities said they had no evidence that the men had left the country.
Authorities say their victims, prosecutors and detectives involved in their cases have been warned and investigators also are reaching out to their families and acquaintances.
Federal authorities are offering $50,000 in rewards for information leading to their recapture.
"There's people out there that know who these people are, who may have seen them. We're asking for phone calls, whether it's any piece of information you may have," Hallock said.
Investigators also eyed questions about how the men got the cutting tools; how they knew the jail layout so well; and who might have provided help.
"We're going to take a look at everybody who may have been assigned there," Hallock said. "What I can assure you is that the compromises in security have been shored up."
He didn't provide details.
"Escapes do occur from time to time," Sheriff Sandra Hutchens said. "We try and limit that. We learn from the mistakes. I can tell you that this is a very sophisticated-looking operation. People in jail have a lot of time to sit around and think about ways to defeat our systems."
There were two previous escapes from the jail decades ago, but nobody had managed another in more than 20 years — until Friday.
The aging jail was built in 1968 and houses some 900 men. Its design allows inmates to move through different areas more easily than more modern jails, making it difficult to get daytime head counts.
"We have people going to court, we have people going for medical treatment, and you can't leave them locked down 24 hours a day. There are requirements that they get out and exercise from time to time," Hutchens said.
Tieu had been held on a $1 million bond since October 2013 on charges of murder, attempted murder and shooting at an inhabited dwelling. His case is believed to be gang-related.
On Sunday, his mother and sister said they hadn't heard from him and tearfully pleaded for him to surrender.
"I for sure know he wasn't the one who orchestrated this. I feel he was manipulated or tricked into doing this," his sister Tiffany Tieu told KABC-TV..
"Just turn in yourself in. Don't let (it) drag on," she said.
Nayeri had been held without bond since September 2014 on charges of kidnapping, torture, aggravated mayhem and burglary. He and three other men are accused of kidnapping a marijuana dispensary owner in 2012, driving him to a desert spot where they believed he had hidden money, and cutting off his penis, authorities said.
Nayeri fled the U.S. to his native Iran, where he remained for several months. He was arrested in Prague in November 2014 while changing flights from Iran to Spain.
Duong has been held without bond since last month on charges of attempted murder, assault with a deadly weapon and other charges.
__
Associated Press writer Robert Jablon in Los Angeles contributed to this report.
Associated Press 2016