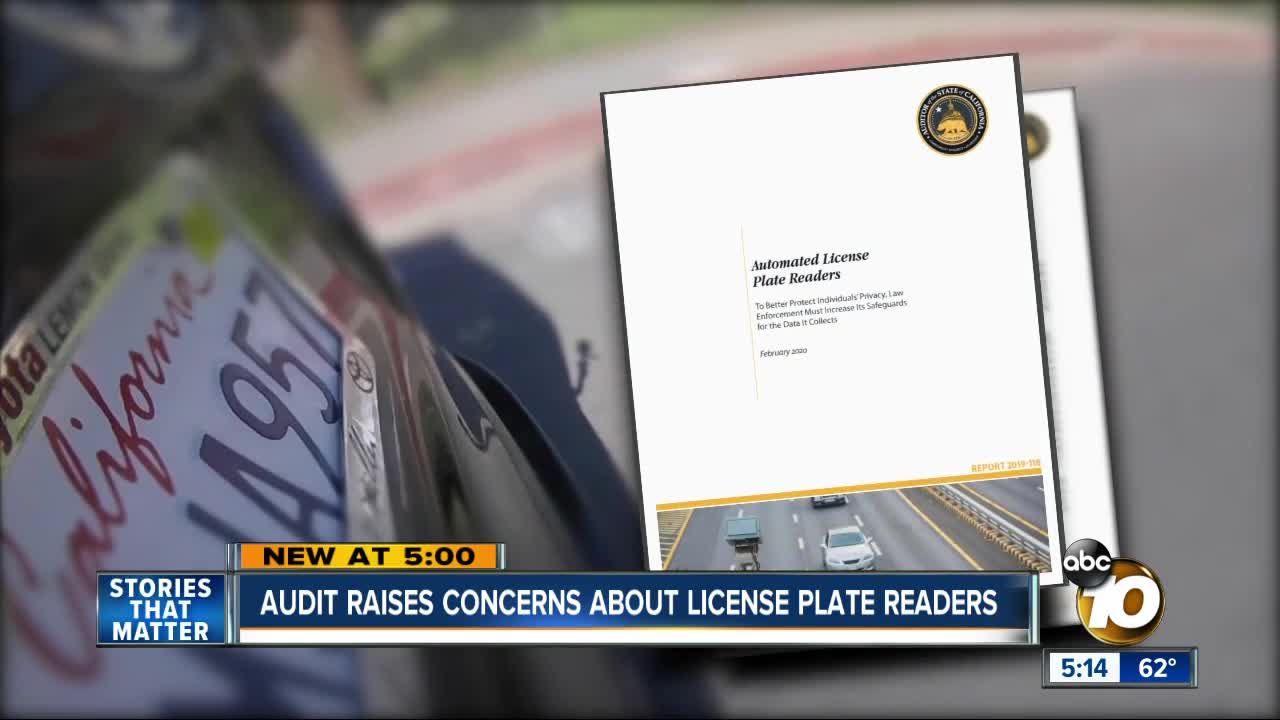 A new report by the California State Auditor says some law enforcement agencies are using automated license plate readers without legally required oversight procedures, which could leave drivers vulnerable to a host of privacy concerns including data breaches and even blackmail. 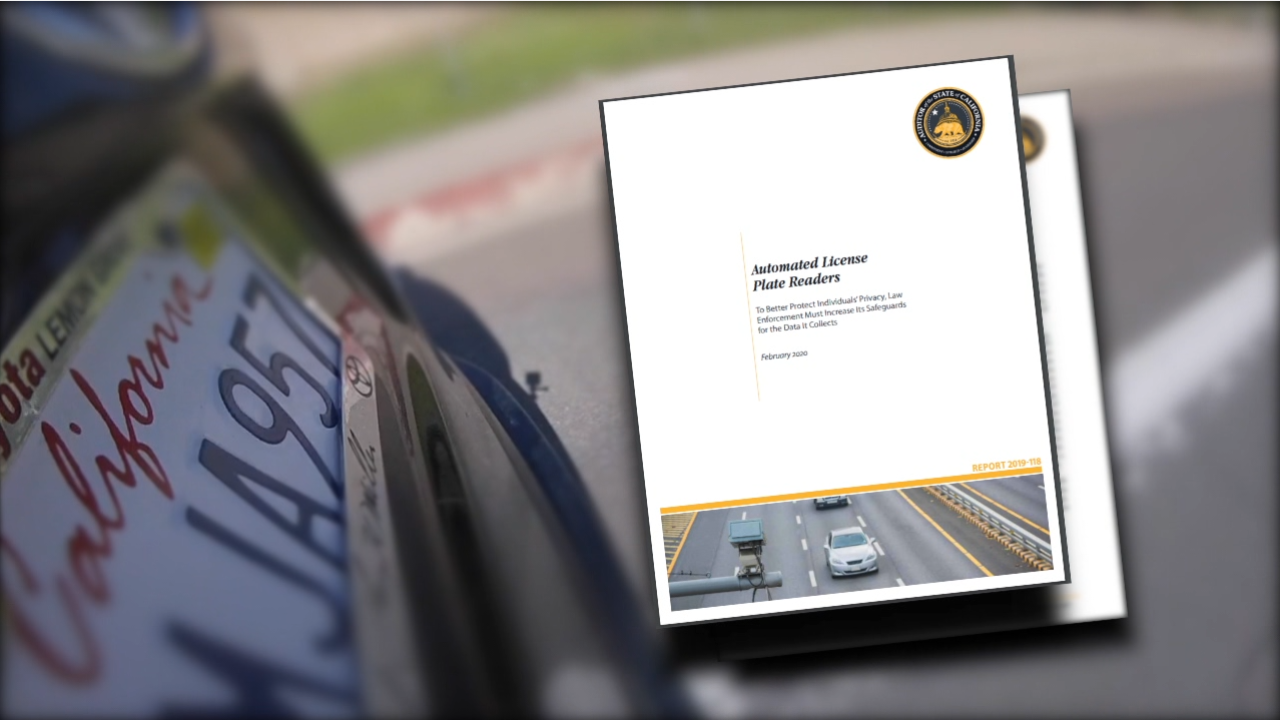 SAN DIEGO (KGTV) -- A new report by the California State Auditor says some law enforcement agencies are using automated license plate readers without legally required oversight procedures, which could leave drivers vulnerable to a host of privacy concerns including data breaches and even blackmail.

The Electronic Frontier Foundation called the audit a “damning assessment of how California law enforcement agencies use this mass-surveillance technology.”

Nearly every local law enforcement agency in San Diego County uses the automated readers, although none were audited in the report released Wednesday. In survey responses to the state, nine local agencies confirmed use of the camera systems; Oceanside Police Department did not respond to the survey.

An automated license plate reader (ALPR) can be mounted at intersections or on patrol cars. It scans license plates to figure out if a vehicle is connected to a crime.

The images are then stored in databases and “reveal the daily patterns of vehicles that can be linked to individuals and their activities—most of whom have not engaged in criminal activity,” the audit notes.

It found concerns with the way those agencies are storing images on third-party servers, and a lack of oversight to ensure people with access to the databases don’t run searches for personal use or blackmail.

“A member of law enforcement could misuse ALPR images to stalk an individual or observe vehicles at particular locations and events, such as doctors’ offices or clinics and political rallies. Despite these risks, the agencies we reviewed conduct little to no auditing of users’ searches,” the report concluded.

None of the four agencies was fully in compliance with a 2016 law requiring detailed written policies on automated license plate reader (ALPR) systems, according to the report.

“In general, we determined that the law enforcement agencies we reviewed must better protect individuals’ privacy through ensuring that their policies reflect state law,” said California State Auditor Elaine Howle in a letter to the governor. “In addition, we found that these agencies must improve their ALPR data security, make more informed decisions about sharing their ALPR data, and expand their oversight of ALPR users.”

“Although we were not one of the agencies showcased in the state audit released today, we will be looking at the audit closely to ensure we are following best practices and ensuring our policy meets guidelines,” he said.