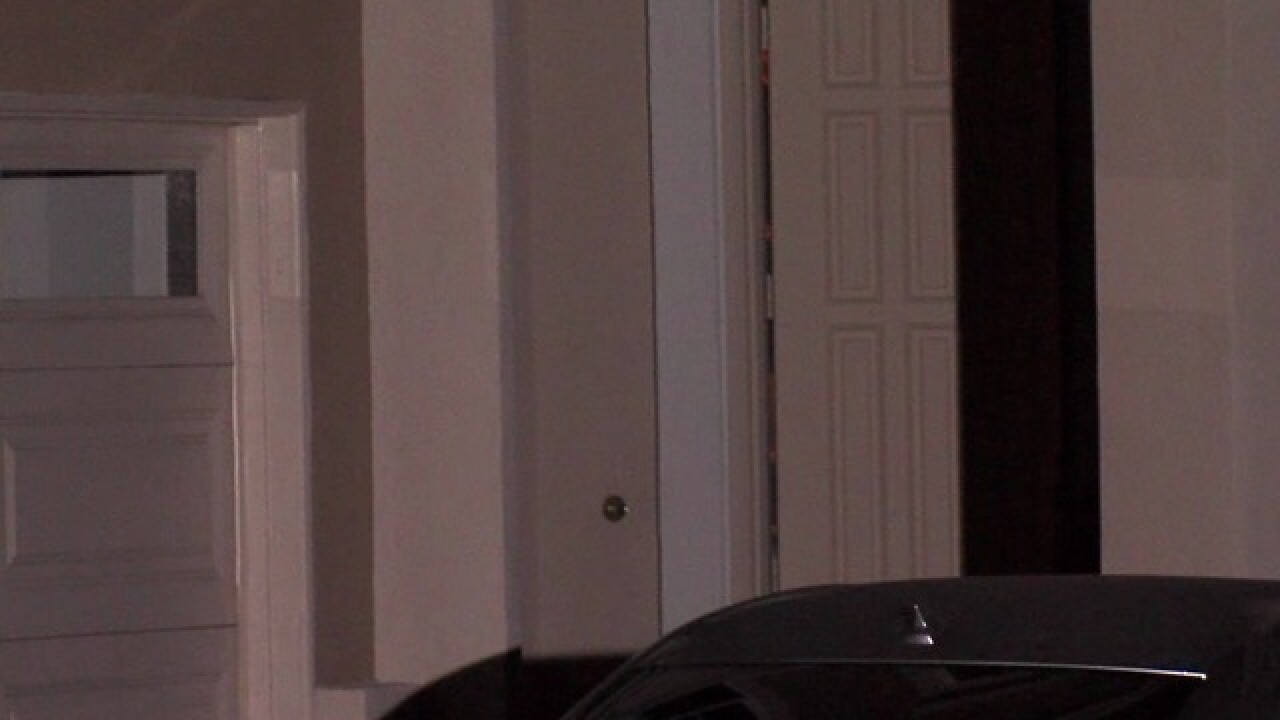 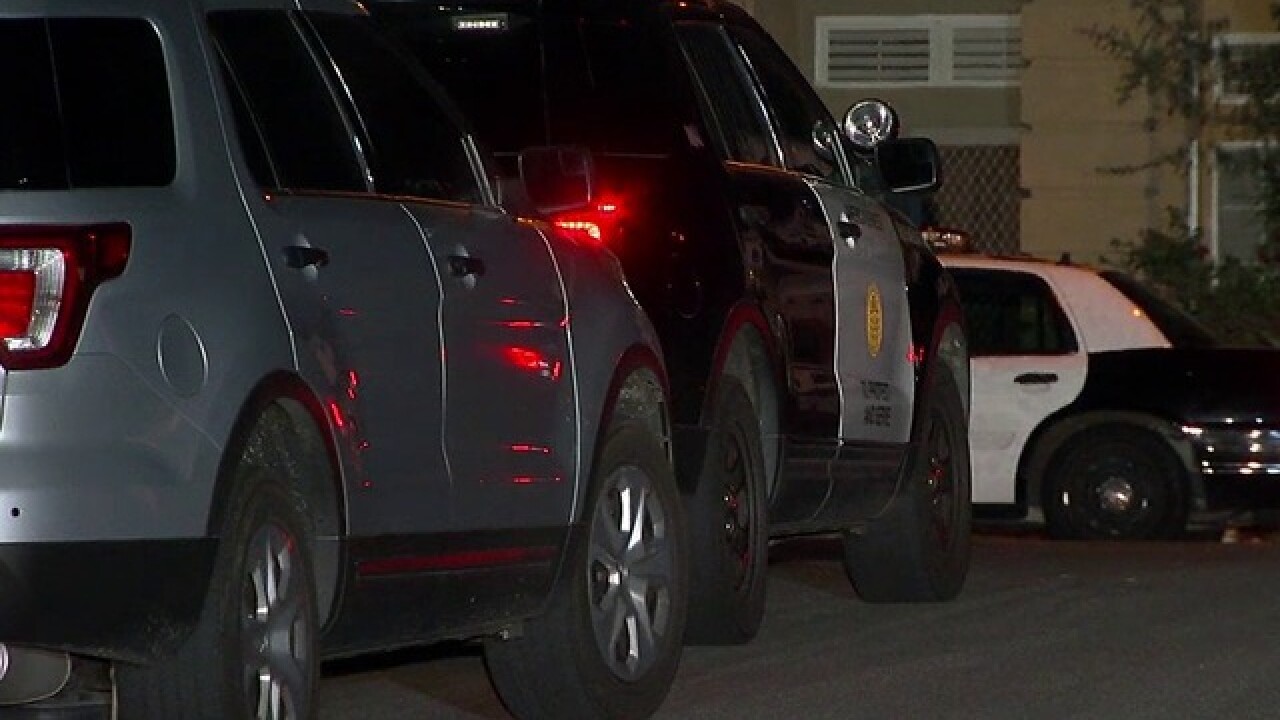 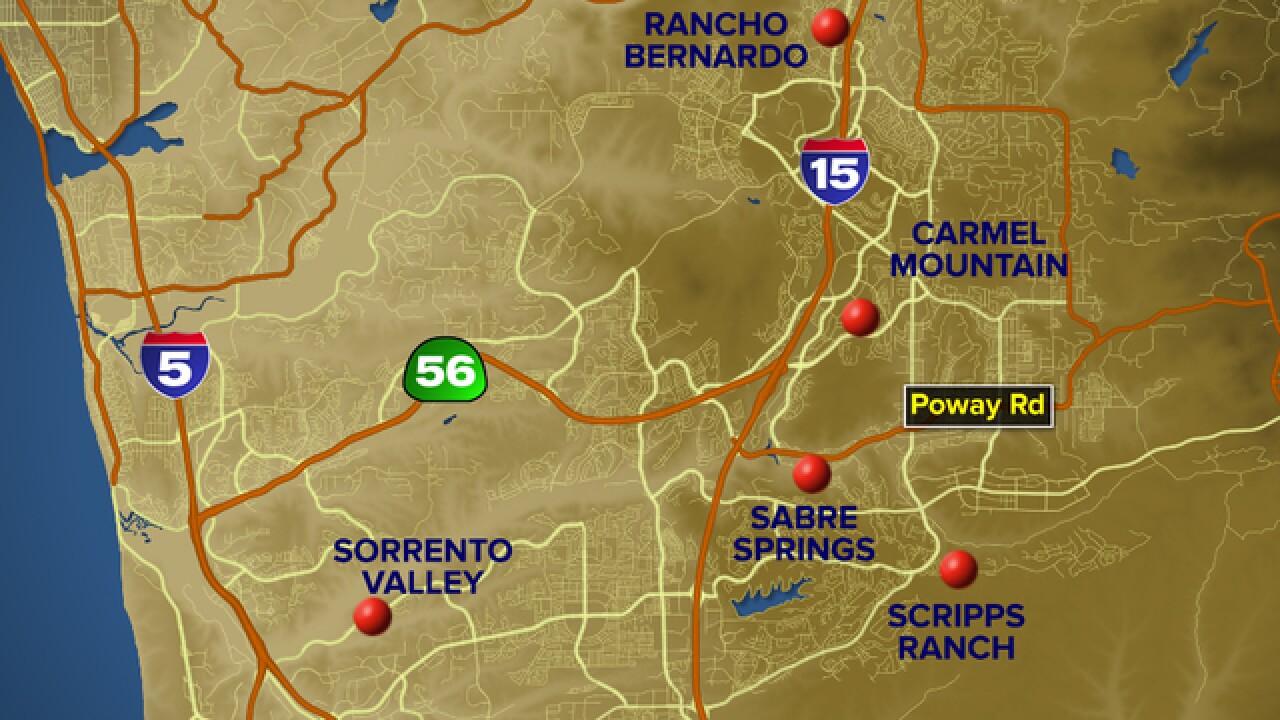 SAN DIEGO - Police are investigating whether two armed home invasion robberies less than three hours apart in north San Diego County early Thursday morning are linked to three others that occurred over the past few weeks.

Thursday’s robberies happened in Sabre Springs and Carmel Mountain, according to San Diego police. In all five invasions, three armed male suspects have entered the homes through unlocked doors.

"Only victims that have left their doors unlocked ... were victimized," Griffin added.

The Sabre Springs robbery occurred at around 2:30 a.m. in the 11300 block of Spring Meadow Lane while a family of four was asleep inside.

According to San Diego police Lt. Kevin Mayer, the suspects entered through a side door and began to steal items. The homeowner awoke to the noise, called 911 and confronted the suspects, who fled in an unknown direction. At least one of them was carrying a handgun.

The suspects got away with several items. The homeowner, his wife and their two children were not hurt.

Griffin told reporters that at around 5:20 a.m. dispatchers received a 911 call about three suspects who had broken into a home on Breezeway Place in Carmel Mountain, approximately five miles from the Sabre Springs invasion.

At the time they received the call, some officers were already at a second home on Breezeway Place, investigating another potential home robbery.

According to Griffin, three men and a 2 ½ year old boy were asleep when the three suspects entered through an unlocked door, intentionally awoke them, tied them up, ransacked their home and fled. At least two of the suspects were armed with handguns.

The victims were able to free themselves and go to a neighbor’s home, where they called 911. They were also not hurt.

In the early morning hours of Feb. 5, three men broke into a Rancho Bernardo home, tied up two residents with shoe strings and fled with cash and jewelry.

A similar burglary occurred on Jan. 31 in the 10700 block of Passerine Way in Sorrento Valley.

On Jan. 29, a Scripps Ranch family was tied up and held at gunpoint by three suspects while their home was ransacked.

Police have received no clear suspect descriptions in any of the four cases. The male suspects are always nondescript, dressed in black and have their faces covered with masks and bandanas.