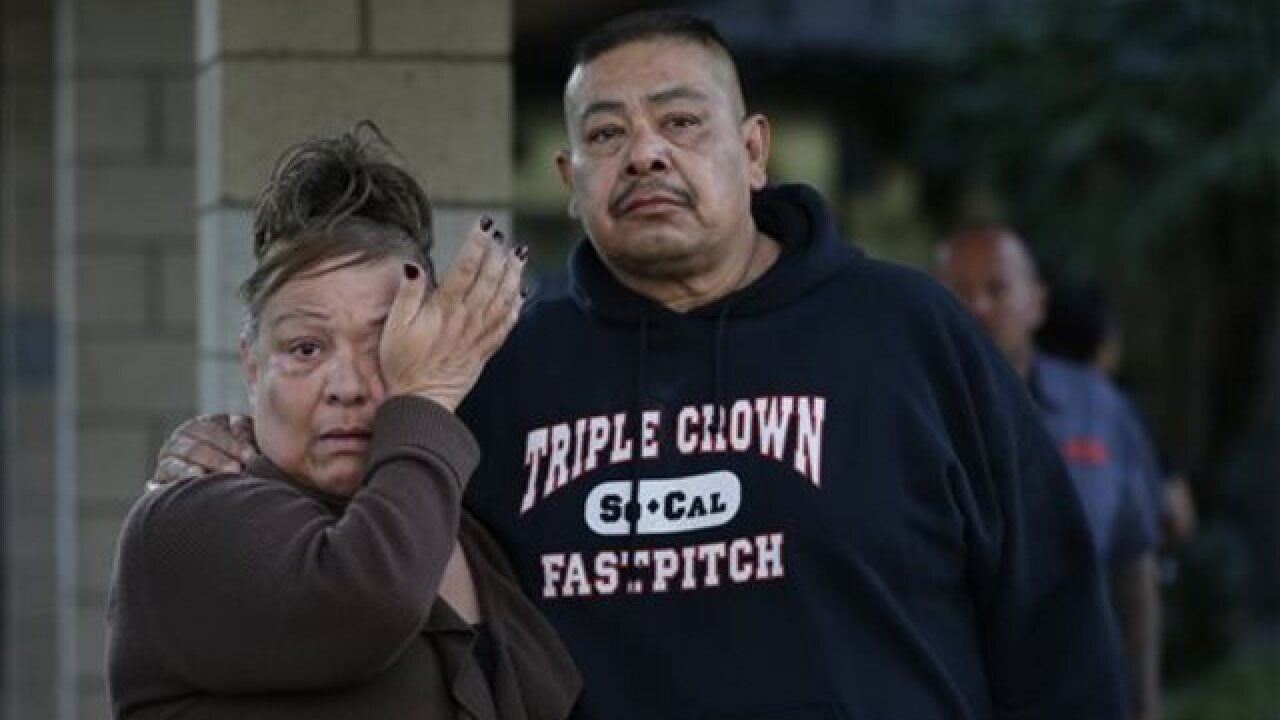 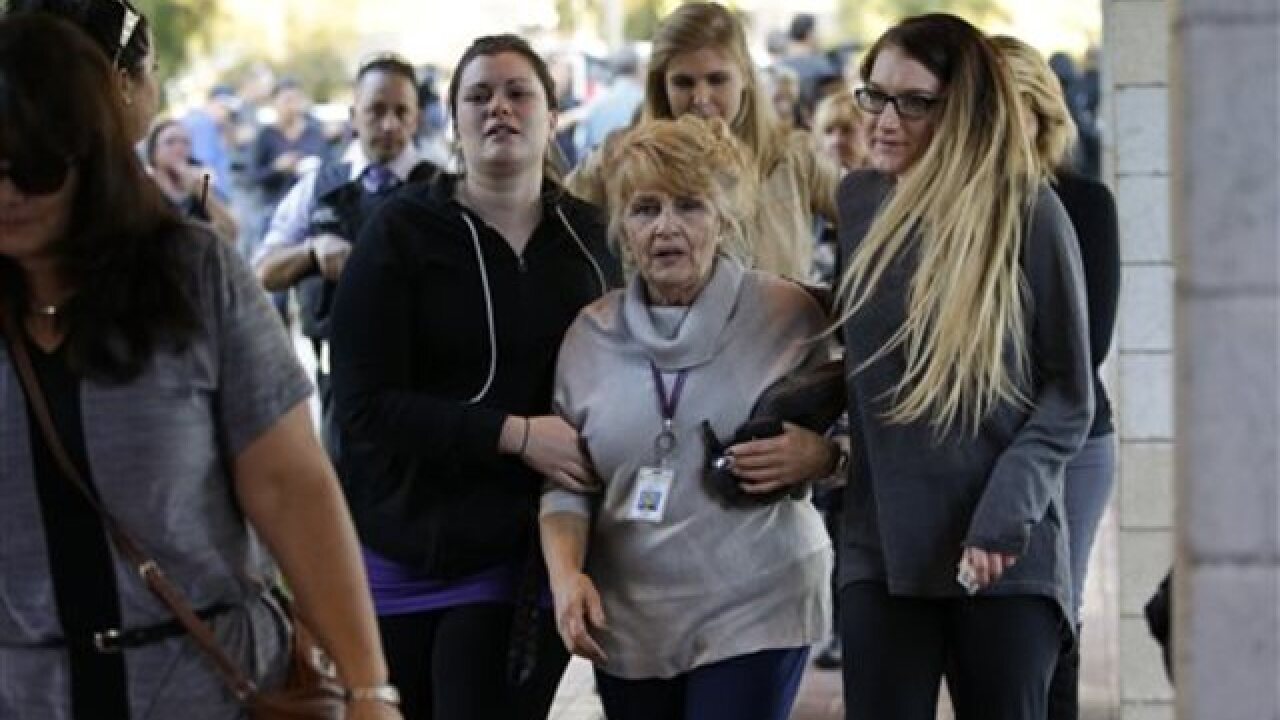 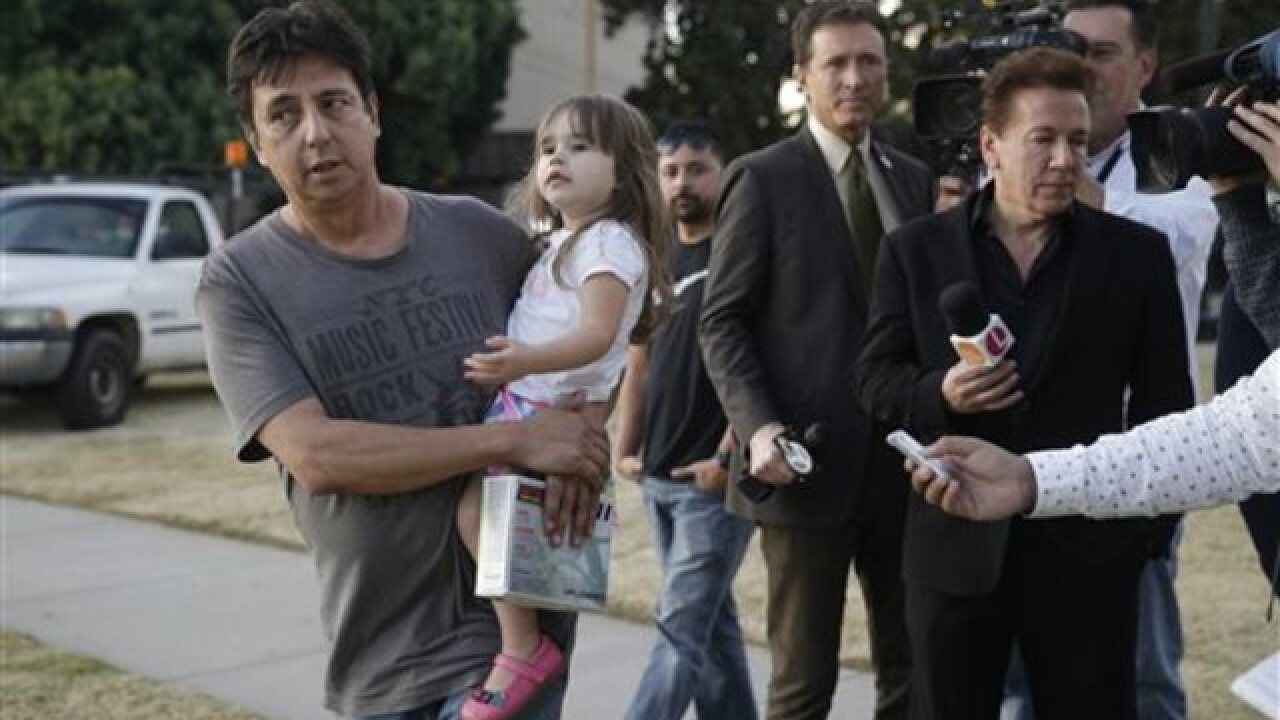 SAN BERNARDINO, Calif. -- Sherry Esquerra held back tears Wednesday as she desperately tried to reach her daughter and son-in-law after shooters killed 14 people and wounded 17 others at the building where her daughter works with children with disabilities.
Esquerra had Thanksgiving with her daughter last week and expected to see her Friday. She was hoping the two turned up safe at a community center where people who were unharmed were being bused, but she was having no luck reaching her by cellphone.
"Nothing, I just get her message," she said. "Straight to voicemail."
Related: Man waits for news on boyfriend shot Wednesday
More than 600 people work at the Inland Regional Center, which serves 30,000 people with disabilities ranging from autism to cerebral palsy to epilepsy, from newborns to people in their 90s. Social workers help the adults find jobs, housing and transportation, said Stacy McQueen, a member of the center's board of trustees.
"It's terrible. It's a terrible thing that's happened here," said McQueen, who was trying to find out why the center was attacked. "All of us are heartbroken."
At the time of the shooting, the San Bernardino County Department of Public Health was holding a banquet in a conference room.
Hundreds of law enforcement officers and SWAT teams swarmed the area around the office buildings and it took several hours before they provided a briefing with casualty counts.
One of the victims, Jennifer Stevens, called her mother minutes after being shot in the stomach and left a blunt phone message.
"It said, 'Mom, I'm at work. I've been shot,'" Wright Adaza told the Daily Breeze of Torrance. She also managed to text her sister.
Adaza said he spoke to the girl's mother, Lisa Growden Stevens, as she drove to the hospital.
Stevens, 22, underwent surgery and was in intensive care at Arrowhead Regional Medical Center, but was expected to recover.
Those inside the building who reached family members described a tense situation, hiding behind locked doors and turning off lights so they wouldn't be found.
"She was whispering," said Olivia Navarro, whose daughter, Jamile Navarro is a case manager at the center. "She was whispering and she said they were in a room, locked up because there were shooters."
Navarro's voice quivered as she described how her daughter told her she was going to turn off the lights and hang up in case the shooters arrived.
"I said, 'All right, I'll be there, turn off the lights, don't make a sound.' And that was it."
Her daughter eventually made it out safely.
Marissa Gutierrez said she began crying when she got a text message from her aunt, Regina Kuruppu, at 11:10 a.m. saying there was a shooting at work and she was scared.
Gutierrez tried calling for more than an hour, but couldn't reach her as she hid in a closet. Police eventually found her there and she got out safely.
Sheela Stark, a board member at the center, was trying to reach more than a dozen colleagues and workers, but had only heard back from one early in the day.
She was trying to stay positive by watching the news on TV and looking for familiar faces. By late afternoon she had managed to reach most everyone.
___
Associated Press writers Gillian Flaccus, Christine Armario, Christopher Weber in Los Angeles, Nicole Evatt in San Bernardino contributed to this report.
Associated Press 2015